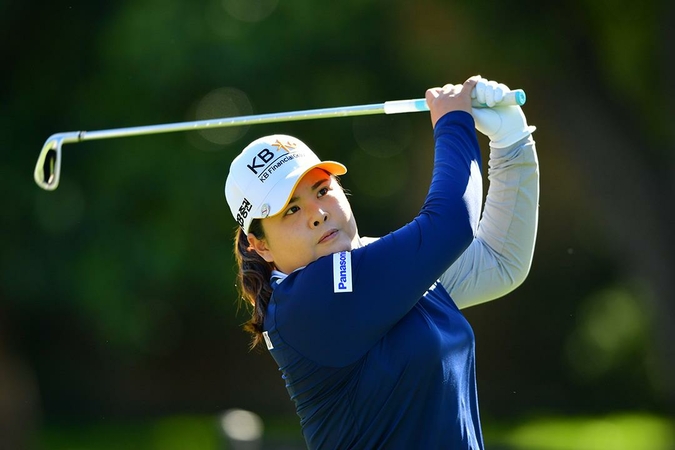 The LPGA tannounced the GOLFZON LPGA Match Play Challenge, an intercontinental match-play competition in partnership with GOLFZON, a leading golf simulator company. On May 25 at 7 a.m. EDT, Inbee Park and So Yeon Ryu, based at ZOIMARU, in Daejon, Republic of Korea, will face off against Lydia Ko and Pernilla Lindberg, competing at the World Golf Hall of Fame in St. Augustine, Fla.

GOLFZON's golf simulator system and online network technology will connect the venues in Korea and the United States in real time. It marks the LPGA’s first international golf-simulator tournament, featuring a foursome that holds a combined 12 major titles.

The 36-hole competition will open with an 18-hole foursomes match, followed by an 18-hole four-ball match. The competitors will take to the famed Black Course at Bethpage State Park virtually, with the winning team receiving a $10,000 donation to the COVID-19 charity of their choice.

"While most golf tours around the world are not being held due to COVID-19, I am happy that these LPGA Tour champions will be able to hold screen golf tournaments, with GOLFZON's global technological prowess connecting them across 13 hours of time difference," said Kang Soo Park, CEO of GOLFZON. "I hope this no-contact golf game will bring hope and comfort to golf fans around the world."

"This concept of GOLFZON LPGA Match Play challenge is an exciting new development for the long-term relationship between the LPGA and GOLFZON," said Sean Pyun, Chief Business Officer-Asia. "Through our partnership, we’ve witnessed firsthand the type of impact they have had in the Korean golf industry, from the standpoint of growing the game of golf in Korea. We are proud to present this event to the LPGA audience in partnership with GOLFZON."

Inbee Park, the seven-time major champion who will compete, said: "Since the LPGA Tour stopped due to COVID-19, it's amazing that real-time match play is possible with our fellow players in other parts of the world. I can't wait to entertain golf fans all over the globe through this match."

The event will be held without a gallery to prevent the spread of COVID-19, and with minimal access to the venues other than athletes and officials. The match will air live on GOLFZON's official YouTube channel and Naver TV Live. It will also be aired on a to-be-determined date in June in the United States, as well as on JTBC GOLF and Screen GOLFZON channels in Korea.

The LPGA is the world’s leading professional golf organization for women. Founded in 1950 and headquartered in Daytona Beach, Fla., the association celebrates a diverse and storied membership with more than 2,300 Members representing more than 30 countries. With a vision to inspire, empower, educate and entertain by showcasing the very best of women’s golf, LPGA Tour Professionals compete across the globe, while the Symetra Tour, the official development and qualifying tour of the LPGA, consistently produces a pipeline of talent ready for the world stage. Additionally, LPGA Professionals directly impact the game through teaching, coaching and management.

The LPGA demonstrates its dedication to the development of the game through The LPGA Foundation. Since 1991, this charitable organization has been committed to empowering and supporting girls and women through developmental, humanitarian and golf community initiatives, including LPGA*USGA Girls Golf, the LPGA Women’s Network and the LPGA Amateur Golf Association.