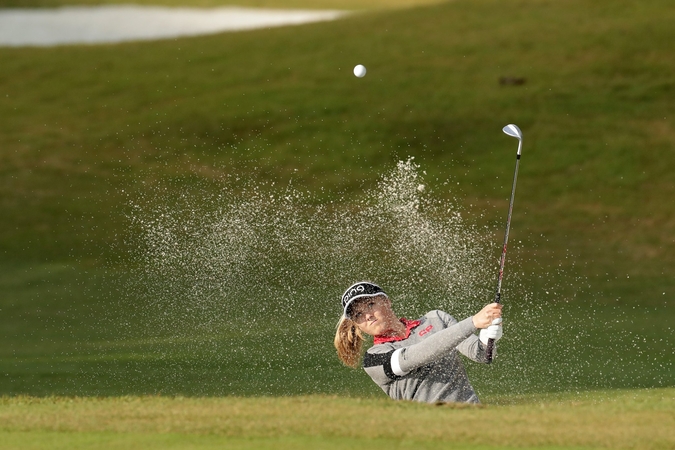 In celebration of its original 2020 dates, the KPMG Women’s PGA Championship will take a look back at the past four editions. GOLF Channel and NBC are set to air the final rounds from 2016, 2017, 2018 and 2019 beginning on Thursday, June 25 and concluding on Sunday, June 28.

The 2020 KPMG Women’s PGA Championship at Aronimink Golf Club in Newtown Square, Pa., was rescheduled due to concerns surrounding COVID-19. The Championship is slated for October 6-11, provided it is safe and responsible to do so at that time.

The encore airings on NBC will be hosted by NBC Sports’ Dan Hicks and feature enhanced interviews with players recounting their respective paths to victory. In addition, several interviews will be published across KPMGWomensPGA.com and Championship social platforms, including conversations with KPMG U.S. Chairman and CEO Lynne Doughtie, Aronimink PGA Head Professional Jeff Kiddie, past champions and other stars of the game. Reigning champion Hannah Green and KPMG Deputy Chairman and Chief Operating Officer P. Scott Ozanus will also appear on SiriusXM’s PGA of America Radio hosted by David Marr III today at 3p ET.

Brooke Henderson of Canada fended off No. 1-ranked Lydia Ko with a birdie on the first hole of a sudden-death playoff to collect her first major title. Entering the final round trailing Ko by two strokes, Henderson fired a bogey-free 65, including a clutch birdie on her 71st hole to force the playoff.

Danielle Kang of the United States earned her first major victory, holding off the defending champion Henderson by one stroke. The 2016 champion applied pressure on Kang with a pair of birdies to close her final round, but Kang responded with a 72nd-hole birdie to claim victory in style.

Sung Hyun Park of South Korea rose to the top by defeating So Yeon Ryu and Nasa Hataoka in a two-hole playoff. Park and Ryu each birdied the first playoff hole, while Hataoka’s par knocked her out of contention. Park proceeded to birdie the second playoff hole by sinking a 10-foot putt for her second major championship victory.

Hannah Green of Australia went wire-to-wire for her first major championship win. Green struggled at the halfway point of her final round with bogeys on 9, 11 and 12, but a timely birdie on the 16th and a clutch up-and-down from the bunker for par on No. 18 sealed a one-stroke victory over the defending champion Park.

One of the LPGA’s five majors, the KPMG Women’s PGA Championship is a collaboration of the PGA of America, LPGA and KPMG, and focuses on the development, advancement and empowerment of women. The event is held in conjunction with the KPMG Women’s Leadership Summit, which will now be held on Wednesday, October 7.