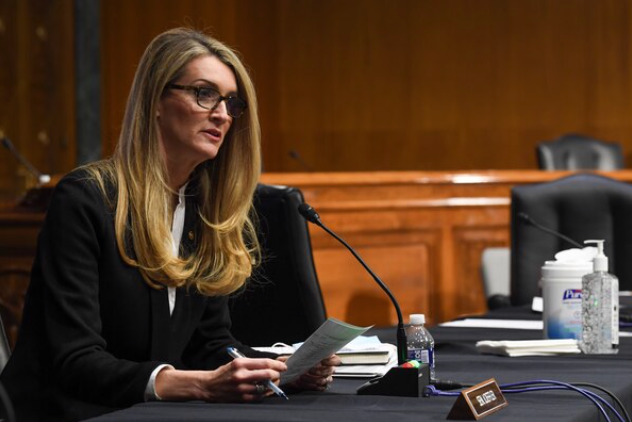 The WNBA, which has embraced social activism this summer with more vigor than at any point in the league's 23-year history, found itself openly at odds with one of the co-owners of the Atlanta Dream on Tuesday over its decision to dedicate this season to social justice.

Georgia Sen. Kelly Loeffler, a Republican, in a tight race to keep her seat in November, sent a letter to WNBA Commissioner Cathy Engelbert on Tuesday stating that politics has no role in sports. "Now more than ever, we should be united in our goal to remove politics from sports," Loeffler wrote.

Englebert responded with a statement that noted Loeffler is "no longer involved in the day-to-day business of the team" and that the league remains committed to its social justice mission.

"The WNBA is based on the principle of equal and fair treatment of all people," Engelbert said, "and we, along with the teams and players, will continue to use our platforms to vigorously advocate for social justice."

The league announced its activism policies last month in the wake of protests around the country after George Floyd was killed by police in Minneapolis. A Social Justice Council was created, uniforms will be worn seeking justice for women and girls and warm-ups will be worn with "Black Lives Matter" and "Say Her Name" printed on them. There will also be "Black Lives Matter" decals on the courts.

Loeffler, who was appointed to the Senate in December by Georgia Gov. Brian Kemp, a Republican, wrote that she was "incredibly disappointed" in the league's decision to dedicate the season to social justice with games honoring the Black Lives Matter movement. She decried the insertion of "a political platform into the league."

"The lives of each and every African American matter, and there's no debating the fact that there is no place for racism in our country," Loeffler wrote. "However, I adamantly oppose the Black Lives Matter political movement . . ., I believe it is totally misaligned with the values and goals of the WNBA and the Atlanta Dream, where we support tolerance and inclusion."

Loeffler describes herself as "pro-Second Amendment, pro-military, pro-Wall, and pro-Trump. I'm a life-long conservative, and I make no apologies for my conservative values." Instead of BLM patches, she suggested placing the American flag on all uniforms and licensed apparel.

The WNBA Players Association wasted no time in calling for her removal, tweeting: "E-N-O-U-G-H! O-U-T!"

Players across the league took to social media to follow suit.

"[Loeffler] in all respect. We don't give AF what you express," tweeted Mystics guard Natasha Cloud, one of a handful of players who have opted out of the season to focus on social justice causes. "Sell the team. Cause what our league stands for and against . . . is mindsets and abused power and privilege like yours. BLACK LIVES MATTER."

"I'm pretty sad to see that my team ownership is not supportive of the movement & all that it stands for," Montgomery wrote. "I was already sitting out this season & this is an example of why. I would love to have a conversation with you about the matter if you're down?"

The Atlanta Dream distanced itself from the entire episode in a statement.

"The Atlanta Dream is not a political entity - we are in the business of sports and entertainment," the statement read. "The Dream players and staff are focused on building a successful team on the court, winning games and creating a second-to-none fan experience."