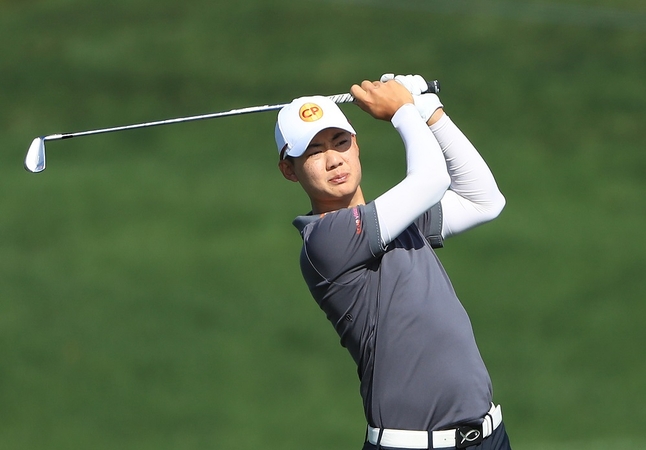 The 24-year-old rising star, who has been in the U.S. since March, was disappointed to miss the halfway cut at the Charles Schwab Challenge and RBC Heritage by one shot and two shots respectively when the PGA TOUR made a welcome return last month following a 91-day hiatus due to Covid-19.

After struggling with a cold putter, where he currently ranks 149th in Strokes Gained: Putting, Jazz sought the advice of Matt Killen, whose star pupils include 82-time PGA TOUR winner Woods and 2017 FedExCup champion, Justin Thomas.

“It would have been nice to play the weekends. I struggled with my putting and lost so many strokes on the greens,” said the Thai, who is ranked 44th in the world on the back of a four-win season on the Asian Tour last year.

Being part of the same management stable as Woods and Thomas has its fringe benefits. When Jazz discussed with his manager his putting woes, Killen’s name was put forward and Jazz flew out to Nashville last week for a three-hour lesson in putting.

“It was a really good three hours spent with Matt. When you see a guy who works with successful players, it gives you the confidence you can trust him. So I’m just following what he’s asking me to do,” said Jazz.

Killen did not tweak Jazz’s putting technique or stroke, especially when the Thai had ranked second for putting average (greens in regulation) on the Asian Tour last season. Instead, the instructor showed Jazz several drills to help him adapt quicker to the intricacies of new greens, considering Jazz will be playing on many golf courses for the first time through his exemptions on the PGA TOUR this year.

“For me, it’s not a technique thing. Matt has taught me how to practice and perceive the putting greens when I get to a tournament site. What we did was to learn how to set up a drill when I get to a new course and work on getting familiarise to the greens,” he said.

With the WGC-FedEx St Jude Invitational being played over four rounds without a 36-hole cut, Jazz hopes to master the putting surfaces at TPC Southwind in Memphis, Tennessee from July 30 to August 2 with the aim of putting up a good result.

“For sure, it’ll be a different mindset for the WGC. You don’t need to worry about the cut and you can have go from the start. You can be more aggressive, which frees your mind up a little bit. I’m glad to be in the field and hope to play well,” said Jazz.

He is also looking forward to meeting golf legend Jack Nicklaus, host of the Memorial Tournament at Muirfield Village, Ohio next week. With Woods confirmed to play at Muirfield where he has won five times previously, Jazz is pumped up.

“I’ve heard a lot of good things about Jack’s place and I’m excited to play there. I’ve read about Jack a lot, obviously the greatest player with 18 major wins. Growing up, it has always been Tiger vs Jack’s record and it’ll be special to be able to meet Jack,” he said.

With the PGA TOUR observing strict protocols under its Health and Safety Plan for tournaments to resume play, Jazz has felt at ease during the first two events. “I have felt safe … it was all good. I also usually eat take-outs so it was fine. There was no issue at all for me.

“Without crowds on site, it does feel a bit different. It’s good we have some volunteers on the course and they are cheering for good shots. We had all the best players for the first two events and it felt like being in a major.”

He is still determined to earn his card on the PGA TOUR through the non-member FedExCup points list. “I won’t give it up. All it takes is one or two good weeks. Who knows what can happen in this game? I’m just going to keep having fun and enjoy myself every time I’m out competing.”

Fans in Thailand will be able to watch the Memorial Tournament and WGC-FedEx St Jude Invitational on Golf Channel Thailand and GOLFTV powered by PGA TOUR.