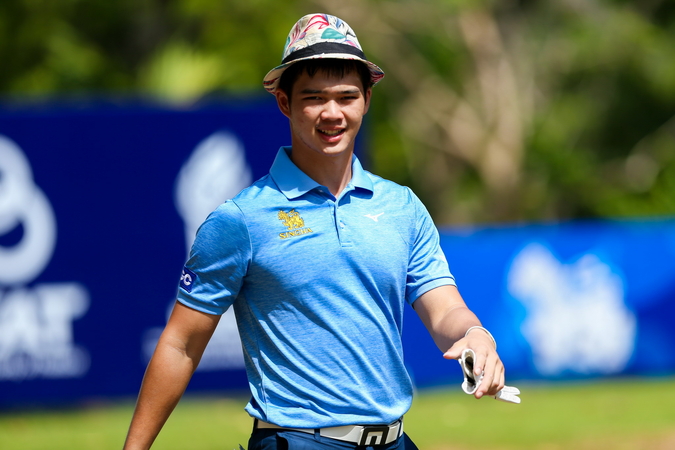 Unfancied Thaya Limpipolpaibul carded an opening 66 to share a five-way clubhouse lead in the rain-interrupted Thongchai Jaidee Foundation as the All Thailand Golf Tour swung back into action at the 13th Military Circle Sports Centre in Lopburi today.

The Chiang Mai-born player shook off the rust to fire five birdies against a lone bogey on the third hole to join star players Prom Meesawat, Sarit Suwannarut, up-and-coming Tanapat Pichaikul and Pannakorn Uthaipas atop the leaderboard at the par-70 6,361-yard landscape.

The tournament, reduced from four to three rounds to fit the local tour schedule, is the third leg of the ATGT which is returning after five months of Covid-19 lockdown.

Competing in his first event in a while, the 23-year-old Thaya applied lessons learned in lockdown practice to good effect.

“Although I’m a bit rusty, I use my new swing and techniques, which really helped me out there. I’d been working a lot with my team coming to this event,” said the young gun, whose best result on the ATGT so far was a fifth place in the 2019 Singha Championship and tied fifth in the 2019 Pattaya Open.

Despite leading for the first time as he chases his maiden title, Thaya is certain he can deal with any butterflies in the stomach when he tees up tomorrow.

“I have played alongside star players before, so I think I can deal with the pressure. I have to stick to my game plan as this is a challenging course. It’s quite narrow and the greens are firm. I need to make fewer errors,” he said. 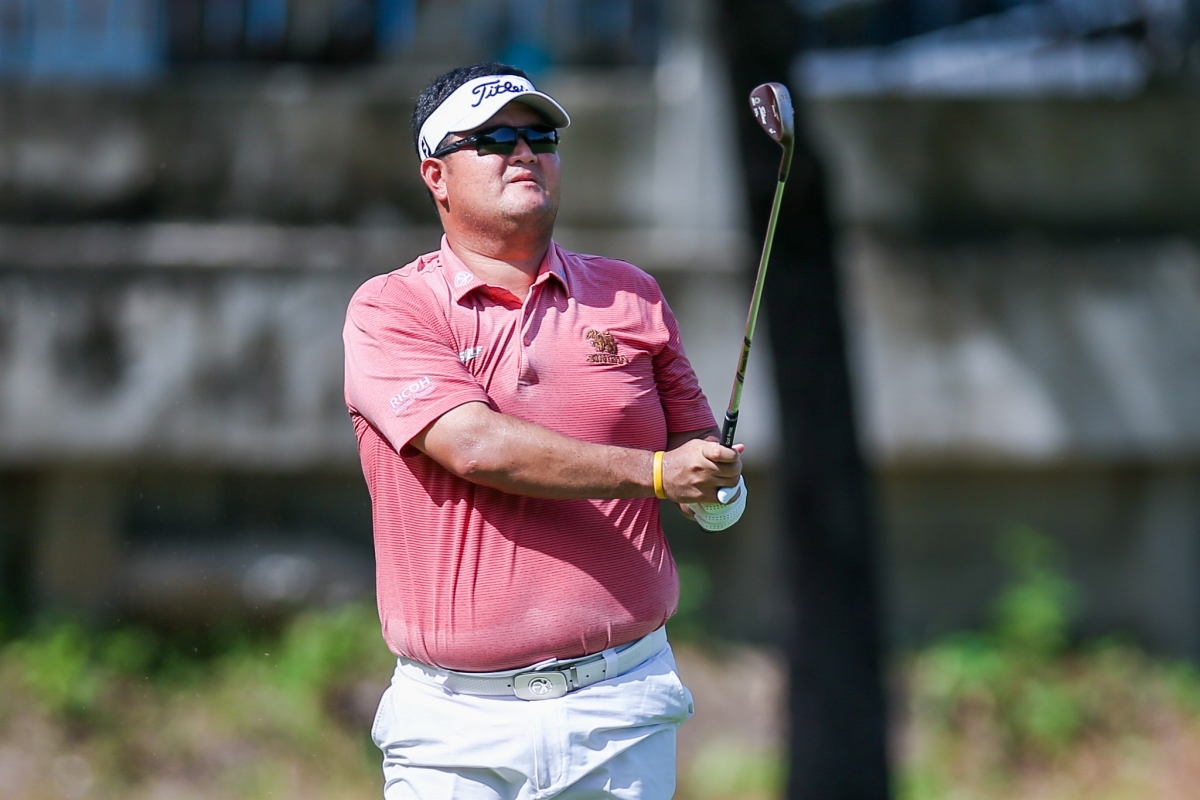 “It was quite a long break but I really worked hard. I couldn’t be happier to start my first round in a long time with a 66. This is a good test for me to show how my game and body is ready for competition,” Prom said.

Defending champion Sadom Kaewkanjana, the 2019 Asian Tour Rookie of the Year, opened his campaign with a 70.

However, the first round was suspended in the late afternoon due to heavy downpour. Play will resume on Saturday's morning.