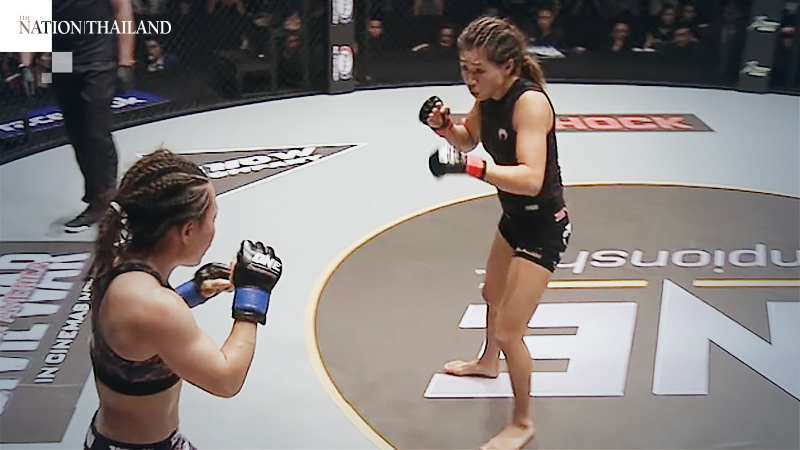 ONE Championship is the world’s largest martial arts organization. The Singapore-based promotion puts on some of the biggest mixed martial arts extravaganzas in the industry, and it has legions of fans not only in Asia, but all across the globe.

However, if you’re a new fan, you may not know where to start, and that’s understandable. ONE offers nearly all of its bouts and events for free on the ONE Super App, so it could be a little overwhelming to pick a jump-off point.

There are a handful of essential ONE Championship experiences you should definitely check out to get a feel of what the promotion stands for. Here are some of the best ones out there.

Let’s check out five classic ONE Championship bouts every new fan should watch.

1) Angela Lee vs Mei Yamaguchi I

Then just 19 years of age, a young up-and-coming “Unstoppable” Angela Lee took on Japanese veteran Mei “V.V” Yamaguchi for the inaugural ONE Women’s Atomweight World Championship, and what ensued was an instant classic.

Lee overcame a terrifying third round where she was nearly finished in the opening seconds, care of a sweeping right hook from Yamaguchi that sent the Singaporean reeling across the Circle. The young star recovered well and continued to stay a step ahead of her Japanese foe the rest of the way in a very close, back-and-forth battle.

Lee became the youngest mixed martial arts World Champion in history following her unanimous decision win over Yamaguchi, and the bout won “2016 Fight of the Year” honors in a variety of different publications.

Lee’s stock skyrocketed not long after, and she went on to become one of the best female mixed martial artists in the world. She would defeat Yamaguchi again years later, in another close match.

Reigning ONE Featherweight World Champion Martin “The Situ-Asian” Nguyen defeated a young and inexperienced Christian Lee in 2016, winning by first round submission after putting the Singaporean to sleep via guillotine choke. Lee learned a lot from the experience and vowed to come back even stronger.

Years later, the two figured in a rematch, and this time, the bout was much closer.

Lee pushed the hard-hitting Nguyen for five whole rounds, putting the Australian through the paces for 25 minutes on the mats. Nguyen still dominated the stand-up exchanges owing to his superior firepower, but Lee gave a much better account of himself with his impeccable grappling game.

Nguyen managed to escape from Lee’s clutches with a close split decision victory in a very entertaining encounter that every fan should watch.

The two are expected to meet again at some point, with the now-lightweight titleholder Lee still at the top of the rankings at featherweight and nipping at the heels for another crack at Nguyen’s title.

It was perhaps Marat Gafurov’s finest hour. Then undefeated, Gafurov took on the tough-as-nails Mongolian Narantungalag Jadambaa, and put together an inspiring performance that will live on in history.

At that point, Jadambaa had established himself as a dominant force in the promotion, becoming the first ever ONE Featherweight World Champion. Gafurov, on the other hand, was quickly on the rise, earning his shot at gold with a string of submission victories over top-ranked opponents Ev Ting, Rob Lisita, and Martin Nguyen.

When Gafurov finally met Jadambaa in 2015, what transpired in the Circle was nothing short of epic.

Gafurov would meet Jadambaa again in a rematch a year later, winning more dominantly by submission in the very first round.

Hasegawa, the grizzled veteran, came into the bout looking to shake things up and score a huge upset, and he almost did.

Aung La and Hasegawa went to war for nearly five full rounds, going back-and-forth in a high-level battle of attrition. Aung La connected with his best shots, but the zombie-like Hasegawa kept moving forward, landing bombs of his own. With just a couple of minutes left in the bout, both men’s eyes nearly closed from the damage, the two were exhausted and the action was nearing its end.

Like a true champion, Aung La dug deep and found the will to win. An uppercut to the body sucked the wind out of Hasegawa’s sails. “The Burmese Python” chased his opponent across the circle and landed a left hook, followed by a right uppercut to the jaw that dropped Hasegawa. The bout was over.

It’s arguably the most exciting ONE Championship bout to date.

This one is old but gold. Top Filipino featherweight Eric “The Natural” Kelly was one of the most highly-regarded martial artists not just in the Philippines, but in all of Asia. He had just one loss on his professional record, and finished the majority of his opponents by his favorite submission -- the rear-naked choke.

Australian Rob “Warrior of God” Lisita, however, was a freight train with no brakes. He powered through his foes with a blitzkrieg of powershots and always looked to end matters early.

Kelly and Lisita met in the Circle in ONE’s first and only visit to Taipei, Taiwan, and what took place was an absolute war.

Lisita started out fast and furious with his trademark aggression, blasting Kelly with his best combinations. The Filipino tried his best to defend against the onslaught, but Lisita was determined to finish the bout early.

To make matters worse, Lisita broke Kelly’s nose with a strike, and the bout was close to being stopped.

However, due to Kelly’s toughness, he was able to weather the storm, biding his time until Lisita had spent all his energy chasing him across the Circle. Kelly would take advantage of an exhausted Lisita, mounting his back and then sinking in his signature rear-naked choke to seal the deal.

Tags:
ONE Championship i