The highly experienced Thaworn Wiratchant proved that age was nothing but a number as he fired a formidable 63 to grab a two-shot advantage after the second round of the Bt4-million Thongchai Jaidee Foundation tournament at the 13th Military Circle Sports Centre in Lopburi province on Saturday.

At 53, the second oldest in the tournament behind 54-year-old Thai legend Prayad Marksaeng, Thaworn sprinkled nine birdies on his scorecard and will head into the final round with a total seven-under-par-133, a shot ahead of the chasing pack of six players.

“I couldn’t be happier to have a round like this,” said the former two-time Asian Tour No 1 player. “I just had a lot of lucky shots, getting myself out of some tough positions several times,” added Thaworn, whose long prosperous career features 18 Asian Tour wins and seven All Thailand Golf Tour titles.

Although the veteran has been usually training at a military course near his home in Bangkok, he said that does not give him the edge over other players at this course which provides a stiff challenge for pro golfers.

“Even if you think you can read the lie, the ball may go the other direction. I’m not familiar with the conditions nor are the others,” said Thaworn, whose last win on the All Thailand Tour occurred at the Singha E-San Open five years ago.

“I’m glad to be in this position again. I will just have to stick to the routine tomorrow, hitting the fairways, making the putts and hope for another good round tomorrow,” added Thaworn, who although competing mainly on the senior tour, remains competitive against younger opponents on general tours. 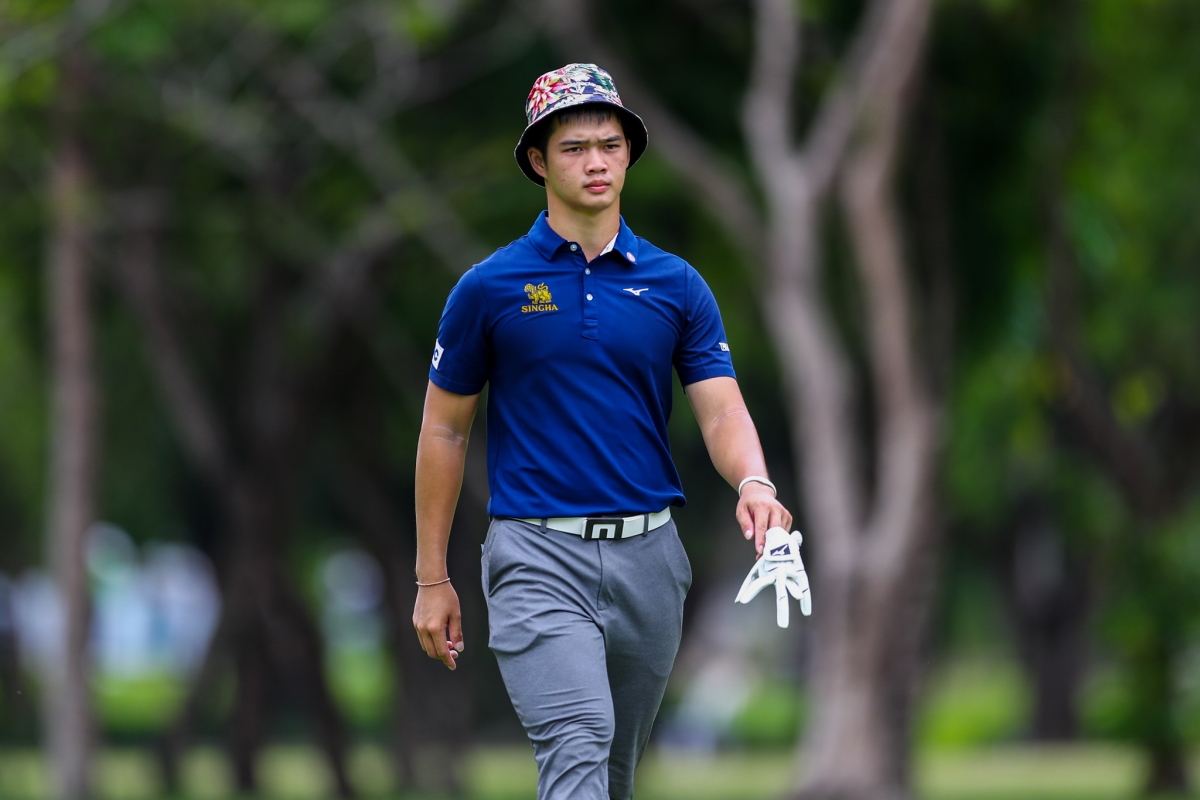 A total of seven young guns breathed down Thaworn's neck, falling just two shots behind. That included overnight co-leader Thaya Limpipolpaibul who had a roller-coaster day before ending with a 69 and a total five-under-par-135.

“I had a bad triple bogey on the ninth but still managed to hit back-to-back birdies before ending my round with another birdie. I was tired after a good start,” said the 23-year-old Thaya.

The Chiang Mai-born puts himself in a good position to win his first career title. He is delighted to play against several star players including Thaworn who is his idol.

“He is a player I had as a role model growing up. This golf course will favour him a lot as you don’t have to hit the drivers all the time. I still see a lot of chances tomorrow if I can keep the ball in play, make some putts and win tomorrow,” he added.

A total of 64 players made it to the final round with a cut of two over-par-142.