Veteran Thaworn Wiratchant summoned all his experience when he needed it most, as he came back from trailing by three shots to beat the up-and-coming Thanapat Pichaikul for his first All Thailand Golf Tour title in five years on Sunday. 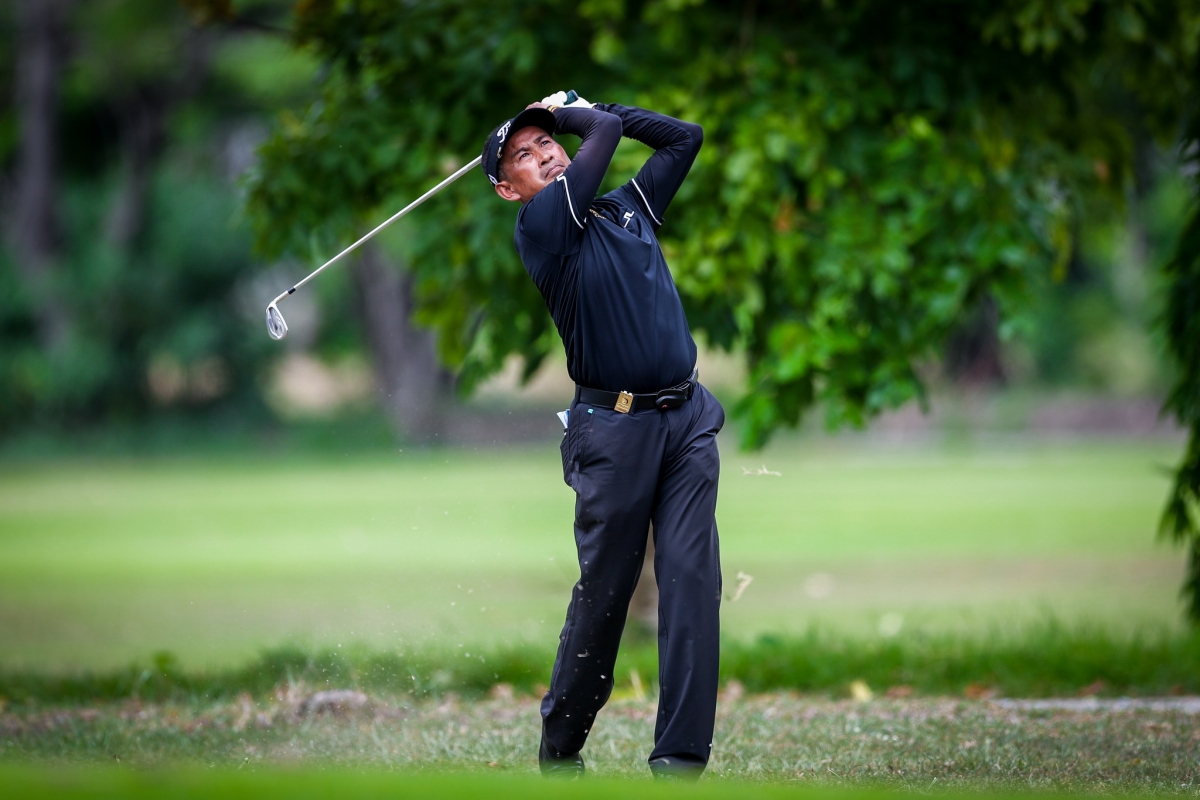 The final round of the Bt4-million Thongchai Jaidee Foundation tournament was filled with excitement as rising star Thanapat was on the brink of victory, leading by three strokes with only three holes to play at the 13th Military Circle Sports Centre in Lopburi province.

Out of nowhere, the Mississippi State University student committed back-to-back bogeys whereas the cool and calm Thaworn, 53, sank two straight birdies to turn the situation around and went on to win with an  eight-under-par 202, a shot ahead of his young rival.

“I was trailing three shots after 15 holes but I never thought it was over,” said the record 18-time Asian Tour winner. “I just kept trying as long as there was still the 18th hole to play,” added Thaworn, who has won a total of eight All Thailand Golf Tour titles.

It’s been five years since Thaworn has won at the open level. The last time he savoured victory was at the Singha E-San Open in Khon Kaen five years ago. In fact he has concentrated on the Japan Senior Tour where he won the Order of Merit last year. Winning against young players proved more valuable for him though.

“It’s hard to describe my feelings to still win a tournament like this at my age. Even I used to have a lot of achievements, I still love to enter tournaments like this to meet with young players and compete with them. I’m looking for fun and put all pressure behind,” added Thaworn, who won the winner’s cheque of Bt600,000. SEA Games gold medalist Thanapat admitted he let his nerves get the better of him going into the 16th hole.

Thanapat had won his maiden title in the Singha Championship at Rayong Green Valley in August 2019 when he was still an amateur. He just turned pro in this tournament and is studying kinesiology online in his last semester.

“What I learned today is a good experience for me. It’s such a way to start my professional career,” said Thanapat, who signed off with a seven-under-par 203. He earned Bt380,000 as runner-up.