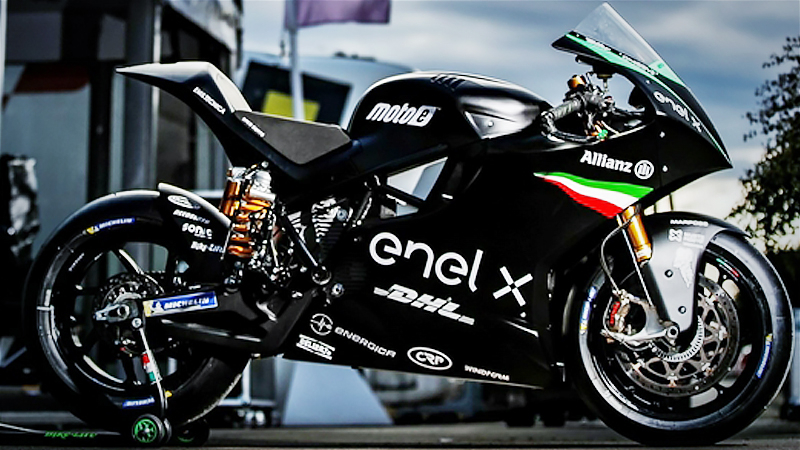 The inaugural FIM Enel MotoE™ World Cup made headlines for all the right reasons. Season two only promises even more...

The time is finally nigh and the FIM Enel MotoE™ World Cup is ready to get back on track. After an incredible first season packed full of awesome races that went right down to the wire, season two returns with a few familiar faces – and a few new ones.

The Circuito de Jerez-Angel Nieto hosts the opener and it’s a track the grid know well from testing, which could make for a bit of a leveler for the newcomers. Reigning Cup winner Matteo Ferrari (Trentino Gresini MotoE) is most definitely the man with a target on his back as season two begins though, and he looks to have lost none of his pace in testing. That added to the confidence of returning as the man to beat will only add to the mountain the rest have to climb, but the grid will be as close as ever.

Eric Granado (Avintia Esponsorama Racing), the 2019 third place man, is sure to be a contender for both the Cup and the first win of the year. The Brazilian aced testing ahead of the inaugural Cup before the best laid plans of mice and former European Moto2™ Champions went awry, but by the end of the season he was on a roll and ended the year with a double win. He’ll be looking to pick up where he left off and more.

The other 2019 winners – Mike Di Meglio (EG 0,0 Marc VDS) and Niki Tuuli (Avant Ajo MotoE) – will also have their eyes on the prize. Consistency and injury respectively hurt their campaigns last year, but now it’s a complete reset for a new season and they’ll be wanting to stay near the top – or at it – in what’s a competitive field. Xavier Simeon was another fast man in 2019 and he’s now at LCR E-Team alongside Niccolo Canepa, and the likes of Alex De Angelis (Octo Pramac MotoE), Mattia Casadei (Ongetta SIC58 Squadra Corse), Maria Herrera (Openbank Aspar Team) and Josh Hook (Octo Pramac MotoE) all bring their experience back for season two.

And then there are the new faces. Moto2™ race winners Dominique Aegerter (Dynavolt Intact GP) and Jordi Torres (Pons Racing 40) move to MotoE™ this year, as does Moto3™ veteran Jakub Kornfeil as the Czech rider gets the call up to replace Bradley Smith at WithU Motorsport. He’s going in almost blind too, just to add to the challenge – and will likely be the busiest man in the test on Wednesday.

Lukas Tulovic (Tech 3 E-Racing) is another new to the class – and another with plenty of Moto2™ experience – and a good few faces he now races in the Moto2™ European Championship are also heading from their season openers in Estoril and Portimao in the FIM CEV Repsol to get back on track in MotoE™. They include Tuuli, Alessandro Zaccone (Trentino Gresini MotoE), Alejandro Medina (Openbank Aspar Team) and Xavier Cardelus (Avintia Esponsorama Racing), all of whom will be eager to hit the ground running.

Tommaso Marcon (Tech 3 E-Racing) is another of a similar profile, but the Italian is instead on the way back from an injury sustained in testing. Will that affect his debut? Or will the shorter race distance of MotoE™ and his couple of weeks of recovery time work in his favour?

It’s a mouthwatering cast of riders in the 2020 FIM Enel MotoE™ World Cup. From experienced veterans to fresh faces, every CV is packed with experience from 125s and 250s to Moto3™, Moto2™ and MotoGP™, as well as WorldSSP, WorldSBK and more – making a true melting pot of a grid. Who will strike first?

Find out from the 17th to the 19th of July at Jerez, after a day of testing on Wednesday gives us a glimpse of the how the cards may have shuffled ahead of lift off.