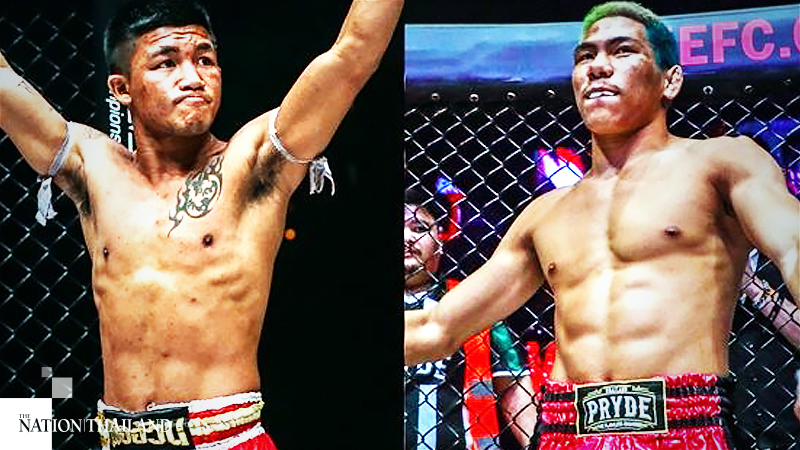 The two Thai warriors are scheduled to face off in the ONE Championship ring in the main event of ONE: NO SURRENDER on Friday, 31 July in Bangkok, Thailand. It’s the third meeting between Petchdam and Rodtang, and one that will break the tie in their rivalry.

The 22-year-old Petchdam is thrilled for the opportunity and is preparing well to exact revenge on his peer.

“I think Rodtang is a superstar. I am so happy that I have a chance to fight with this superstar,” Petchdam told ONE Championship.

“We fought each other two times before, so I know him well. He is good, and he doesn’t have any weak points, plus he has very strong punches. Since we are fighting with 4-ounce gloves on, I have to be careful.”

Petchdam met Rodtang for the first time in 2017 at Bangkok’s famed Rajadamnern Stadium. He won a close decision after a tough bout. In their rematch almost a year later, it was Rodtang who came out on top at the same venue.

“I got hit so hard by Rodtang and showed my weakness. The referee didn’t [administer a] count, but I could not walk straight and lost to him by decision,” said Petchdam.

The two left their rivalry at one win apiece, and later on both joined ONE Super Series.

Petchdam strung together a trio of impressive wins to kick off his ONE Championship career, eventually earning the right to challenge for the ONE Flyweight Kickboxing World Title, which he captured with a technical decision over Elias Mahmoudi in May of 2019.

However, “The Baby Shark” was hit with a setback when he was stopped by Ilias Ennahachi months later, surrendering the title to the Dutch Moroccan superstar. Petchdam bounced back with a majority decision over Momotaro this past January, setting up the blockbuster showdown with Rodtang.

Working with various trainers to prepare himself for the onslaught that Rodtang will surely bring, Petchdam is confident his skills, and a solid game plan, will bring him to victory.

“My trainer ‘Boonberkfah’ trains me hard about protecting myself and footwork, so I can avoid Rodtang’s hits or get hit as little as possible. My other trainer, Chatchai Sasakun, trains me specifically on my boxing,” said Petchdam.

“I am confident that I can win this fight, but not by walking forward and backward [like Rodtang would want]. The point is, I will not play his game. That is for sure.”

Petchdam needs to bring his A-game into the ring on 31 July, if he plans to upset the reigning champion, who many consider the pound-for-pound best in Muay Thai today. Rodtang is unlike any opponent Petchdam has faced before, and will require every bit of strength in his body to beat convincingly.

The co-main event at ONE: NO SURRENDER features reigning ONE Featherweight Muay Thai World Champion Petchmorakot Petchyindee Academy who is set to defend his title against the legendary Yodsanklai IWE Fairtex. Also a co-main event is a ONE Super Series Kickboxing Super-Bout between Sitthichai Sitsongpeenong and Superbon Banchamek.

Mixed martial arts bouts for the card are expected to be announced soon.