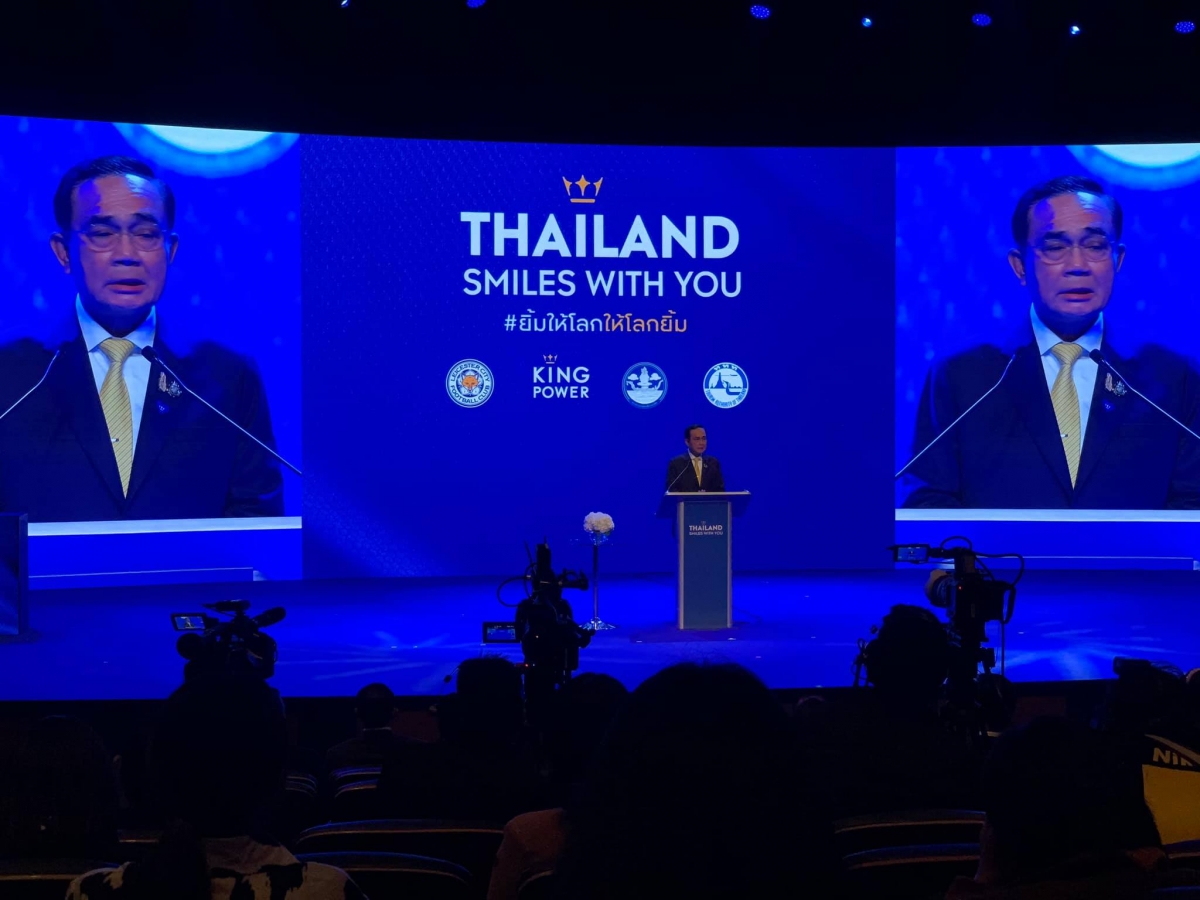 The campaign slogan – “Thailand Smiles With You” – will adorn shirts of the team’s players throughout the 2020/2021 premier League season, promoting Thai tourism to the world.

The project is being organised by Leicester’s owners King Power along with the Tourism and Sports Ministry and Tourism Authority of Thailand.

“‘Thailand Smiles With You’ is one of the projects King Power Group proposed in reply to the prime minister’s request for private sector support in reducing hardship suffered by Thai people and restoring the country’s economy,” said Leicester City chairman and King Power CEO Aiyawatt Srivaddhanaprabh.

He added that Thailand was renowned globally for its famous “Thai smile” – a universal symbol of care and moral support understood by everyone regardless of race, language, gender or age.

The campaign will reach 4.7 billion EPL viewers around the world.

The “Thailand Smiles With You” motto will also adorn signboards at Leicester’s King Power Stadium as well as the club’s 13 million social media followers.

LCFC players also star in the special “Thailand Smiles With You” short film to be broadcast in Thailand and across the globe.

Meanwhile 10,000 replica shirts adorned with the campaign motto will go on sale at Bt2,500 apiece, with all proceeds donated to Ramathibodi Hospital’s Covid-19 vaccine development programme and other vaccine initiatives supported by the Thai government. The shirts can be pre-ordered from today at WWW.THAILANDSMILESWITHYOU.COM.

PM Prayut said King Power’s international network provided a strong outlet to promote Thailand since Leicester City FC has about a billion fans around the world.

The campaign would help attract global travellers to Thailand and boost the economy once everything was in place to receive tourists, he added.