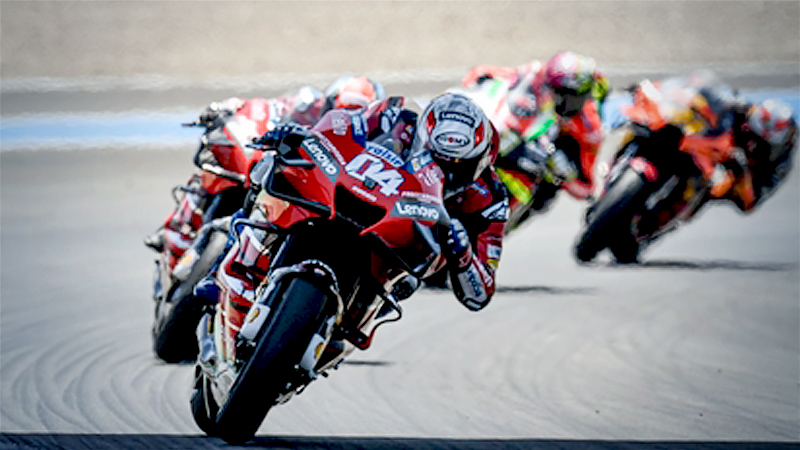 Lenovo technologies including high-performance ThinkPad™ laptops, ThinkCentre™ desktops and ThinkStation™ desktop PCs; sleek ThinkVision™ monitors; powerful Lenovo Legion™ laptops, versatile accessories and ThinkSystem™ servers are used by Dorna throughout all the Grand Prix weekends. The Lenovo technology will enable the FIM MotoGP™ World Championship to broadcast to hundreds of millions of fans around the world. As the title sponsor at Misano, Lenovo will be the most prominent brand throughout the event, with an eye-catching presence at the start bridge, the podium, the press conference backdrops, the last corner and more.

Recognised for its technological innovation and high quality, Lenovo has been MotoGP™ Technical Partner since signing a multi-year sponsorship deal with Dorna in 2019. The global technology company provides solutions from supporting day-to-day office operations to analysing computations from high-tech sensors, like the gyroscopic 4K cameras on each prototype MotoGP machine. Furthermore, the Lenovo brand is a highly visible part of each race weekend, from on-screen graphics to prominent banners in the pitlane at each circuit. Since 2018, the Lenovo Legion gaming brand has also been a vital technology partner contributing to the record-breaking success of the MotoGP™ eSport Championship.

Pau Serracanta, Managing Director at Dorna Sports said, "We are delighted to announce Lenovo as the title sponsor of Misano, both because we are strengthening our collaboration with one of the world’s top companies in computing and because the Lenovo brand will take top billing in front of so many fans. Our partnership with Lenovo is a source of great pride for MotoGP, and I very much look forward to a bright future as we continue to work together."