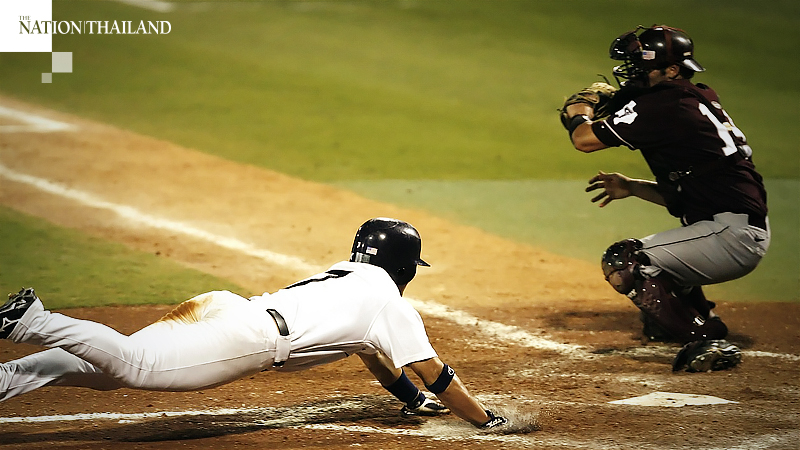 One after another this week, more than a dozen Miami Marlins players and coaches tested positive for the coronavirus, leaving Major League Baseball scrambling to quell an outbreak just days after its reopening experiment began.

And one after another, school officials, business owners and everyday Americans trying to figure out what is safe were left to ponder another demoralizing data point demonstrating the fraught nature of efforts to inch back toward normalcy.

After all, if pro sports teams - with their relatively limited number of participants, robust testing and detailed safety protocols - could not evade the virus, what hope is there for students returning to classrooms or workers returning to offices?

"Look how quickly it spreads, even with all those precautions being taken," said Dan Domenech, executive director of the American Association of School Administrators. "Now, imagine an environment where you have hundreds of young kids present."

Michael Osterholm, director of the University of Minnesota's Center for Infectious Disease Research and Policy, described the Marlins debacle as a "canary in the coal mine."

"When you have a covid-19 forest fire going on in your country, you would expect to see this kind of transmission occur," he said. "This is going to continue until we get this under control, as other countries have done."

The virus has shown an ability to spread anywhere humans assemble, from church gatherings to family reunions to bustling bars. To assume that will suddenly cease, Osterholm said, amounts to wishful thinking. "People are basically trying to defy the laws of viral gravity," he said. "But this is going to keep happening."

Professional sports is one of the few industries with enough funding and personnel to suggest it might have been able to defy those laws. But as the Marlins case demonstrates, even elaborate safety plans are not airtight, especially not in a community with raging transmission. If a player were exposed, he might not know it until a test result comes back, which means he could participate in a day or two of activities while contagious.

By contrast, most schools and offices that open will not be testing students or staffers at all, let alone every other day. Unless children have a reason to be tested for the virus - for instance, because they have a fever or other symptoms - parents and teachers may never learn that they have been exposed until the virus has already spread. One infected co-worker could easily infect others before symptoms appear.

Andrew Noymer, an associate professor of population health and disease prevention at the University of California at Irvine, predicts that incidents like the Marlins outbreak will be replicated throughout the country in coming months.

"If this were the first time we've seen an outbreak like this, I would say, 'Gosh, what terrible luck,' " he said. "But there are anecdotes flying fast and furious on social media about outbreaks happening in similar settings."

He and other experts say that while office workers and schoolteachers probably will not be shuttled on shared buses or planes, struggles like the Marlins' are likely to plague reopenings across the country - particularly with schools.

While professional athletes may be younger and healthier than the general population, that does not mean they are less likely to become infected. Similarly, while young children appear less vulnerable to the severe effects of covid-19, scientists still do not fully understand why a small group gets very sick, or how readily an asymptomatic child might transmit the virus.

Some districts are planning hybrid reopenings, with a portion of students in the building at any given time. Some universities are pondering whether to resume in-class instruction in the fall. Reducing the numbers of students, they hope, will allow them to practice social distancing and avoid spreading the virus. But many school leaders fear that these precautions may not be enough.

The result has been a tug of war as the Trump administration pressures schools to reopen and many teachers and administrators argue that high rates of community transmission in some places make such moves reckless.

Florida Education Commissioner Richard Corcoran issued an emergency order earlier this month requiring all schools to open for in-person learning five days a week. Last week, the Florida Education Association filed a lawsuit arguing that the order is unconstitutional, because it "disregards the health and safety of millions of students and educators across the state and propagates the spread of the virus in our communities."

The union argues that local school districts should be able to make decisions based on the state of the outbreak in their communities.

Blake Beckett, who teaches sixth-grade language arts at a K-12 school in Gainesville, Fla., said outbreaks across the state, including the one involving the Marlins, confirm her concern for the health and safety of her students and colleagues as some plan to return to the building in the fall.

At the same time, she said, "I'm worried about students whose families need them to be on campus, but they might be full of fear and anxiety about exposure. I believe teachers will be struggling with that same emotion. I've never in my life looked at a student and been afraid of them. I'm worried, subconsciously, that might be a dynamic at play because of what we know about the virus and exposure."

Jana Billman, a first-grade teacher near Jacksonville, did not seem flustered by the Marlins outbreak. She said she is confident in the safety measures her district has taken and believes teaching students coronavirus prevention measures will not be much different from teaching them the usual age-appropriate basics.

"We're going to wash our hands. We're going to set an alarm and wipe down our desks," Billman said. "I'm a common-sense kind of person. If a student has a cancer patient at home or has asthma, I'm going to be extremely careful with that student. We're not going to be stupid about this."

The business world, too, is wrestling with a shifting sense of risk that changes each time an incident like the Marlins outbreak occurs.

Neil Bradley, executive vice president of policy at the U.S. Chamber of Commerce, said different industries will have different experiences with the virus and take different steps to control it.

Implementing safety measures such as social distancing has proved more disruptive for businesses that require bringing people together - restaurants, convention centers and hotels, and professional sports, for example - and those where employees must work on site and sometimes in tight quarters, Bradley said.

Retail stores also require in-person interaction, but Stephanie Martz, who has been heading up reopening efforts for the National Retail Federation, said she does not think they share the same risks as sports teams, schools or businesses that require more prolonged proximity.

"Retailers in particular can take a bunch of steps to make sure that the possibility of having an outbreak is nearly eliminated," Martz said. "It will, of course, never be zero. But you can make sure it gets driven down as close as possible."

MLB thought it also had taken every conceivable step to avoid infections. But the Marlins and their brush with the coronavirus are not an outlier, Osterholm said.

"It just shows how infectious this virus is," he said. "They are a harbinger of things to come."