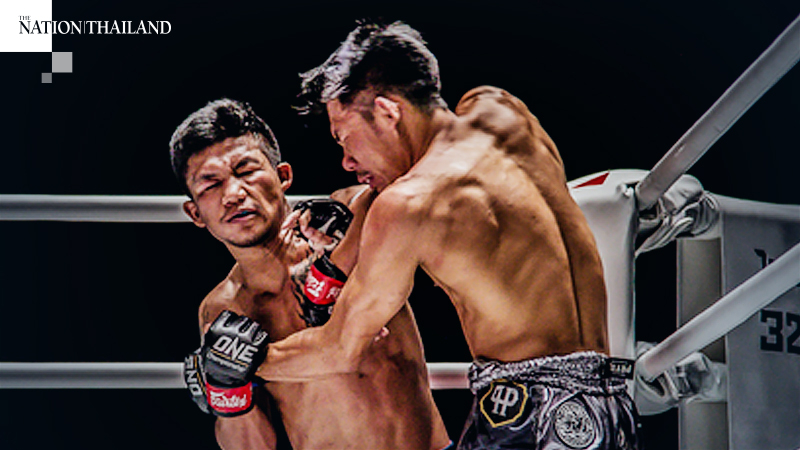 ONE Championship made a successful return to its flagship event schedule, starting off with ONE: NO SURRENDER on Friday.

The event was broadcast live around the world from a closed-door, audience-free venue. Once again, the absolute best in local and international martial arts talent showcased their skills in the ONE Championship ring.

Petchdam established his jab early in the first round, setting up his vaunted left kick. Rodtang was slow to start, as he instead opted to get reads on his opponent from a distance. Rodtang turned up the pressure towards the end of the second round, hunting Petchdam with his trademark boxing combinations and thunderous elbows.

In the third round, Rodtang began walking Petchdam down with his punches. The champion caught Petchdam with a left hook, testing the challenger’s chin on wobbly legs, but the latter recovered well. In the fourth round, Rodtang resumed his onslaught, rolling forward like a tank as Petchdam fired away with kicks to the body.

In the fifth round, Petchdam again found success with his left roundhouse kick, but it wasn’t enough to thwart Rodtang’s forward pressure. After five fiery rounds, two of three judges scored the bout in favor of Rodtang to win by majority decision, who retaind his title.

The first round saw the legendary Yodsanklai connect on his patented triple uppercut, while Petchmorakot tried to shake off the cobwebs. Petchmorakot upped the aggression in the second round, catching Yodsanklai’s kick as he uncorked a myriad of straight punches to the head. Yodsanklai answered back with slicing elbows, creating a cut on the defending champion’s eyelid.

In the third round, Petchmorakot opened up the action with a left elbow, while Yodsanklai countered with a straight left hand down the middle. Petchmorakot increased his punch output in the fourth, tagging Yodsanklai with elbows and straights, but the legend would not surrender.

In the fifth and final round, Yodsanklai ambushed Petchmorakot with combinations, while the champion danced away to keep himself safe from range. In the end, Petchmorakot did just enough to earn the victory by a close majority decision.

The first round was close, as both Sitthichai and Superbon traded their best offense at the center of the ONE Championship ring. The second round saw much of the same action, with both men winding up on their kicks and doubling up on their punches, but it was Superbon who started to pull away with a higher output and more impactful strikes.

In the third and final round, Sitthichai and Superbon turned on the aggression, attacking each other from multiple angles with neither man willing to take a step backward. In the end, Superbon recorded a hard-earned victory, getting the better of his trilogy with Sitthichai via unanimous decision on the judges’ scorecards.

At the sound of the first round bell, Stamp came out aggressively, looking for the Thai clinch. Once she had Srisen secured in close quarters, Stamp began unloading on a plethora of hard knees to the midsection. Srisen showed incredible toughness in enduring Stamp’s offensive barrage, but the end came shortly after. Stamp capitalized on a botched takedown from Srisen, winding up on her opponent’s back where she finished the bout with a series of punches.

In a mixed martial arts catchweight contest, Brazilian newcomer Fabricio “Wonder Boy” Andrade made an impressive ONE Championship debut, dominating Mark “Tyson” Fairtex Abelardo of New Zealand and the Philippines en route to a spectacular finish within two rounds. Action started off on the feet in the first round, with each man landing significant power shots. Abelardo stalked and chased Andrade across the ring, but the Brazilian showed poise and was able to pick the Filipino-Kiwi apart from the outside.

In the second round, Andrade continued his elusive movement, peppering Abelardo from range before swiftly taking his back when the opportunity presented itself. From there, Andrade latched onto in a deep rear-naked choke. Abelardo faded rapidly, and was effectively put to sleep as the referee called a halt to the contest.

Kicking off the action at ONE: NO SURRENDER were Thai striking superstars “The Angel Warrior” Panpayak Jitmuangnon and "The Kicking Machine" Superlek Kiatmoo9, who squared off in a three-round ONE Super Series Muay Thai contest. This was the first time the two flyweights met inside the ONE Championship ring, after having faced each other multiple instances before in Thailand’s biggest arenas. Superlek was aggressive to start the bout, connecting on a series of combinations in the opening round.

Panpayak scored with a handful of solid counter shots in the second frame, as Superlek continued his onslaught. In the third and final round, Superlek repeatedly found a home for his right kick on Panpayak’s body, as he ran away with a unanimous decision victory on the judges’ scorecards.

Official results for ONE: NO SURRENDER

Tags:
ONE: NO SURRENDER