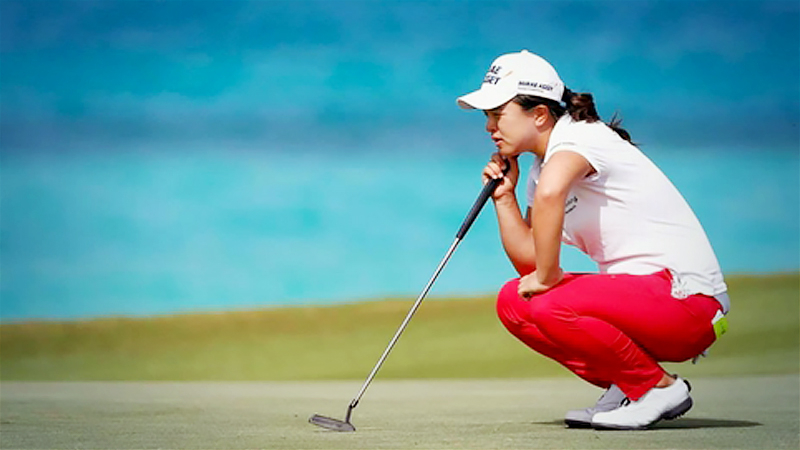 The 2019 Marathon LPGA Classic champion Sei Young Kim will not defend her title this week at Highland Meadows Golf Club, opting to remain home in Korea due to travel concerns related to the COVID-19 pandemic.

“I feel down and my heart feels heavy because I can't go to the tournament where I had one of my best memories,” said Kim, No. 6 in the Rolex Women’s World Golf Rankings. “I would like to thank the partners, the tournament committee and the volunteers for making this tournament possible for us during these difficult times. It is a bit regrettable that I can’t go to Ohio to defend my title, but you can count on me to be the first one running to Toledo once it is safe for everyone to return. What I remember from Highland Meadows is that there was a lot of support from fans and cheers from LPGA’s side.

“Even though I can't be a part of this great tournament this year, I will definitely go back and repay the fans for their support.”

Kim has played in two LPGA Tour events this season, finishing in the top 10 at the Diamond Resorts Tournament of Champions and the Gainbridge LPGA at Boca Rio. Kim has competed in four KLPGA events since that Tour resumed play in May, with a best finish of second at the LOTTE Cantata Ladies Open. She also finished fourth at the Korean Women’s Open, one of the KLPGA Tour’s major championships.

“The pain of being bullied is cutting and deep. I know. I also know that it makes you tough and strong. One day, not that far away, you will have to perform under pressure. It might not be a putt to win an NCAA Championship, or a par to earn your LPGA Tour card, but there will be something. When that moment arrives, you will be ready.”

Those eloquent words come from 2020 LPGA Tour rookie Haley Moore, who told her very personal #DriveOn story to LPGA.com in a first-person article and accompanying video. Moore wrote about a childhood full of cruel taunts and how she overcame those difficult moments to become one of the best female golfers in the world.

Now she hopes that her story can help inspire other kids who are dealing with their own bullies.

“I realize my story is truly powerful, and I want to help every young girl and boy, everyone, who has been (bullied),” said Moore. “And I think just being able to tell my story in front of a whole platform of kids who have been bullied, I mean, they have different stories, too. I just feel like my points that I will give to them definitely will help them. I just want everyone who has been struggling to be able to get over it and not always go home thinking, If I go outside, what are people going to think of me.”

Moore’s mother, Michele, also shared her experience as the mother of a bullied child, giving a heart-wrenching but convicting perspective on seeing her child persevere through those deeply cutting moments.

“Many nights I laid in bed and wept. The ‘mama bear’ inside me wanted to go to school with Haley, to protect her and give those mean kids a good dressing-down,” Michele Moore wrote. “But I knew that handling conflict and unfairness, learning to cope with nasty things and unkind people, was part of life. If I did nothing, my child would suffer. But if I intervened, I might make things worse.”

Haley and Michele both pointed to golf as a saving grace in Haley’s childhood and a pastime that brought them together, not just as mother and daughter, but as friends.

“As a parent of a golfer, I believe it's really more important to be their best friend and not their coach, you know, when they're playing golf,” Michele said. “Bullied children don't really have a whole lot of friends, and there is even fewer safety outlets for them to go to when this happens. So for me, I want it be not only mom but as a big sister. It's easy to just tell a child, Oh, kids will be kids. It'll get better. But most of the time that doesn't really work. So I just wanted to make sure that Haley had every opportunity to showcase her talents and make them better and stronger. I've been her No. 1 fan the whole step of the way.”

Jillian Hollis comes back to her home state this week to compete in the Marathon LPGA Classic for the second time, but her first time as an LPGA Tour Member. After being a sponsor invite in 2014 as an amateur and again in 2018 as a Symetra Tour player, the 23-year-old from suburban Cleveland will compete in her third LPGA tournament of 2020 and her third Marathon Classic.

“Last year when I was playing Symetra, I think I was doing really well. I won two tournaments and I got the invite to come play in this tournament last year. I told Judd (Silverman, the tournament director), ‘You know, I want to come back next year as a rookie,” said Hollis. “That's my goal, rookie on the LPGA. I want to come back as a member of the LPGA Tour so I was solely focused on Symetra.’ He's like, ‘Jillian, I respect that. That's awesome.’ So I had said that the Marathon was the tournament I look forward to the most.”

Hollis can count on her family watching her this week, especially since her mother, Sharon Minnich Hollis, once played this event as a sponsor invite in the late 1990s.

“It's been so special. And we have a lot of history here. My mom played professional golf. She played on the Futures Tour and Judd gave her a sponsor's invite long, long time ago when she was playing,” said Hollis. So we always joke about that. He's like, ‘Tell my sponsor's invite that I said hello.’ We chatted earlier this week and he told me that. So I always get a good kick out of that.”

This week is incredibly special for Ana Belac. She said she’s worked her entire life for this moment – a shot to compete against the best in the world on the LPGA Tour. The native of Slovenia has the chance to put her skill to the test at the Marathon LPGA Classic, where she is competing in her first Tour event as a sponsor invite.

“This is something I've dreamed of since I was a little girl, to play a professional sport, and I finally got a chance to really tee it up on the biggest stage,” said Belac.

When the coronavirus pandemic ended collegiate athletics in the early spring, Belac turned professional in late March after four years at Duke University. She earned Symetra Tour status after the 2019 LPGA Q-Series and competed in her first Symetra event as a professional at the Firekeepers Casino Hotel Championship, finishing T28.

As Belac prepared for this week, she got advice from a certain 2020 LPGA Tour rookie. “I talk a lot with Leona Maguire, my close friend from Duke. She's out here on tour as well. Unfortunately not here this week. But she's been always like a really supportive friend, like a big sister. Just reassuring me that it's just playing golf, like just like we did in college,” said Belac, who played with Maguire at Duke for two seasons. “It's on a bigger stage, but at the end of the day, you got here for some reason, so just trust your game and just go and play and enjoy.”

Now, this is what we were missing. Sure, the roars of the gallery were socially distanced, but that soothing sound of a well-struck golf shot was welcome music to the ears of fans glued to the broadcast. The LPGA returned with the Drive On Championship and in Danielle Kang, Inverness Club produced an extremely fitting winner.

Both the LPGA and Kang picked up right where they left off. With her fourth win – one in each of the last four years – the 27-year-old Kang continued a hot streak that began right after the Solheim Cup in September, when she took the 1-point loss by the U.S. to Europe personally. Since then, Kang has won twice – she grabbed the Buick Shanghai for the second time in October – has been second once and third on two other occasions.

In what was either a reprise of the 2019 Solheim Cup at Gleneagles in Scotland or a preview of 2021 – which will be played at the Inverness Club – Kang and Celine Boutier of France staged a classic back-nine battle.

KANG MOVES TO NO. 2 IN ROLEX RANKINGS

For the first time in her LPGA Tour career, American Danielle Kang has risen to No. 2 in the Rolex Women’s World Golf Rankings. The 27-year-old from Las Vegas jumped from fourth to second on the strength of her victory at last week’s LPGA Drive On Championship held at Inverness Club.

Kang becomes the seventh American player to be ranked No. 2 in the history of the Rolex Rankings, and has been ranked in the top 10 for 41 consecutive weeks. In her last six starts on the LPGA Tour, Kang has two wins, one second-place finish and two third-place finishes.

Symetra Tour player Sarah Hoffman received a sponsor exemption to play in this week’s Marathon LPGA Classic presented by Dana, her second career LPGA Tour appearance joining the 2016 LPGA Volvik Championship. Two weeks ago, the Michigan native tied for 28th at the Symetra Tour’s Firekeepers Casino Hotel Championship. But before that, when the world seemingly stopped to deal with the COVID-19 pandemic, Hoffman put down her clubs and put on her nursing scrubs. Hoffman, who has a B.S. in Nursing from Grand Valley State University, went to work as a nurse at Michigan Medicine.

“The sacrifices are different in golf and nursing. Golf leans toward an individual focus and you have to think about yourself as No. 1. Nursing is all about the patient and how I can go the extra mile to make them the most comfortable,” said Hoffman. “After a season on the links it’s nice to get back to this other career I chose, to gain perspective. I feel fortunate in helping make a difference and that it allows for a steady paycheck. While I am on the front lines, the efforts of people following ‘stay at home’ orders have truly made an immediate impact.”