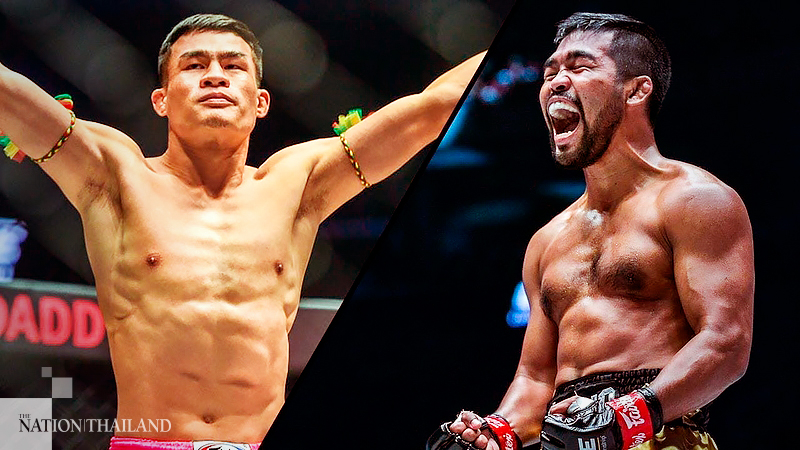 Former ONE World Title challenger Saemapetch Fairtex of Thailand knows exactly what he’s up against when he faces Thai countryman Rodlek PK.Saenchaimuaythaigym later this month. They’ve faced each other in the ring once before, with the younger Saemapetch dropping a decision to the older veteran.

The two square off again in the headline bout of ONE: NO SURRENDER II, a closed-door, audience free event set for broadcast on Friday, 14 August in Bangkok. Saemapetch has taken the time to study Rodlek’s improvements and style, and believes he understands his opponent quite well.

“He (Rodlek) is like a tank. He keeps attacking by kicks and knee strikes and going forward to keep the pressure on his opponents,” Saemapetch said.

“[His best weapons] would be his fists, elbows, and knees – especially knees because he has mastered knee techniques.”

Since joining ONE Super Series in 2018, Saemapetch has impressed so far in his time inside the ONE Championship ring. With victories over top talents such as Deividas Danyla, Alaverdi Ramazanov, and Ognjen Topic, Saemapetch earned a shot at ONE Bantamweight Muay Thai World Champion Nong-O Gaiyanghadao late last year.

It’s an experience Saemapetch says he will never forget, and one that he says has changed his approach to fighting. The 26-year-old phenom feels he’s learned a lot from his bout against Nong-O, and that he’s ready to turn the corner in his return to the ONE Championship ring.

“I learned many things from him (Nong-O) and adapted it to my style, such as attacking, punching style, heavy strikes, counterattacks, and tactics,” said Saemapetch.

“This time is different, and I also trained for additional skills as well. I have an ample amount of fighting experience, and I will use my new style to fight with him.”

Of course, taking on Rodlek is certainly no walk in the park. Rodlek, who is unbeaten in ONE Super Series, is easily one of the toughest men Saemapetch will ever face in the ring.

The stakes for the two Thai warriors are also incredibly high, as ONE Championship recently revealed that their clash will be a semifinal match-up in the ONE Bantamweight Muay Thai Tournament, with the eventual winner earning the right to meet the division’s reigning titleholder.

For Saemapetch, winning the tournament means securing a rematch against Nong-O, and that remains his ultimate goal. If that means having to use Rodlek as a stepping stone, a man he holds in high regard and has a lot of respect for, in order to earn another shot at the title, then so be it.

“Whatever happens, we are still a family as Thai people,” said Saemapetch. “But in the boxing ring, we need to do our best.”

ONE: NO SURRENDER II is ONE Championship’s second event in Bangkok since resuming its flagship event schedule. Apart from the exciting main event, the show also features appearances from some of the best local Thai martial arts talent, including Pongsiri Mitsatit, Sorgraw Petchyindee Academy, and Pongsiri PK.Saenchaimuaythaigym, among others.