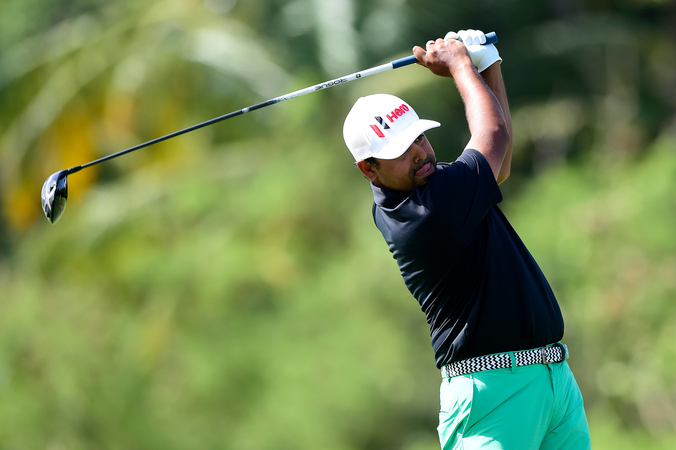 India’s Anirban Lahiri is feeling like a kid in a candy store and it is for a very good reason.

This week, the 33-year-old will tee up in his first PGA TOUR tournament in five months at the Wyndham Championship due to disruptions caused by the COVID-19 pandemic, which kept him in his home country for an unplanned and extended period of time.

“I’m feeling excited. It’s not something I’ve felt like in a long time,” Lahiri said. “It’s like going back to school after a summer vacation. It’s a good thing.”

In March, he flew home to his native India to feature in his national Open, but the sporting world came to a grinding halt when the COVID-19 pandemic led to countries shutting borders and grounding international travel.

When the PGA TOUR resumed competition in mid-June after a three-month suspension, Lahiri was forced to sit out as he could not return to the United States. The upside though of being home gave him the opportunity to reset and rebuild his game from scratch with long-time coach Vijay Divecha.

“I got to spend six weeks with Vijay which I haven’t done in like five or six years. It’s a big reset and I was able to work continuously with him,” said Lahiri, who has endured a lean spell of form where his last top-10 was at the Mayakoba Golf Classic in November 2018.

“We basically disassembled the engine and put everything back together. In the last few years, I’ve only had the opportunity to see Vijay for short periods of time and those were often fixes.

“This time, we have rebuilt from scratch and started with the assumption you don’t know how to play golf and have never held a club. We started with the grip, posture, the basics and fundamentals, and worked our way up. We deleted the good and the bad stuff, and it’s a clean slate. We’ve actually done this a few times previously to give ourselves a reset.”

This week, he will put his game to a test with a third visit to Sedgefield Country Club, a Donald Ross design which was coincidentally the scene where countryman Arjun Atwal secured an historic victory at the 2010 Wyndham Championship, making him the first Indian winner on TOUR.

“I like it as it’s an old school track, tree-lined and you have to shape shots,” said Lahiri, who played all four rounds in 2017 and 2019. “There’s a good mix of lengthy holes and shortish holes. If you get hot, you can make lots of birdies and do a lot of damage.”

Lahiri remains in search of his maiden PGA TOUR title, having finished inside the top 3 on two occasions at the 2016 CIMB Classic and 2017 the Memorial Tournament presented by Nationwide.

“I feel good about my game in a way I haven’t felt in a long time. I feel good about playing golf again. If you don’t play well for an extended period, it can work against you,” Lahiri said. “If you put in the good work, which I believe I have, you restart by building the confidence up again and I’m excited about competing.

“I haven’t watched much of the golf since the restart which is a good thing as I would have missed it even more. But now that I’m back in America, I’m ready to go. I’m hungry. I love playing golf and I love competing. I’m ready to get out there and pushing myself,” he added.

The Wyndham Championship is the final event of the Regular Season. The top 125 players from the FedExCup points list will qualify for the FedExCup Playoffs, comprising of THE NORTHERN TRUST, BMW Championship and TOUR Championship. The FedExCup winner will win US$15 million, the largest winner’s prize in golf.