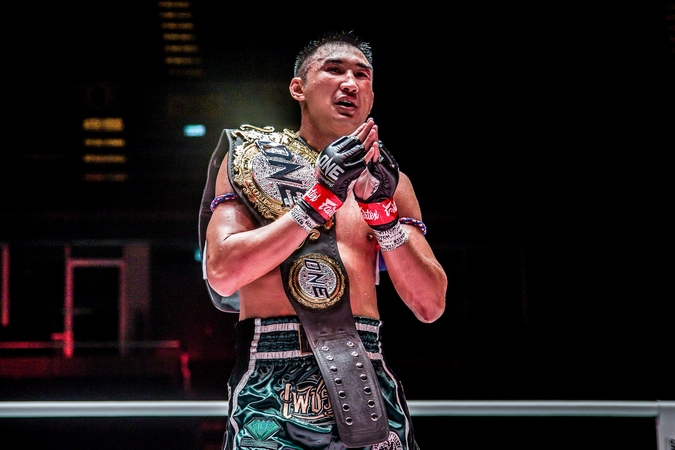 Thailand’s reigning ONE Featherweight Muay Thai World Champion Petchmorakot Petchyindee Academy is jumping back into the ring after defending his title in July at ONE: No Surrender.

Having resisted a tremendous effort from legend Yodsanklai IWE Fairtex to score a five-round majority decision, Petchmorakot now faces a foreign foe in Sweden’s Magnus “Crazy Viking” Andersson in his next title defence.

Petchmorakot and Andersson go head-to-head in the main event of ONE: A New Breed III, an event previously recorded in Bangkok that will air this Friday, September 18.

Petchmorakot says fans should watch out for another spectacular performance from the champion.

“I’m feeling good heading into this next bout. It’s great to be able to fight and compete, and especially to defend my title. I’m still well-conditioned from my last fight, still fresh,” said the Thai champ.

In Andersson, Petchmorakot faces a former Lion Fight World Champion who joined the ONE Super Series looking to make a name for himself against the world’s greatest striking talents. “Crazy Viking” boasts an impressive win-loss-draw record of 41-11-0 and is No 5 in the WBC middleweight rankings. The challenge he poses to Petchmorakot is a legitimate one.

However, Andersson’s credentials pale in comparison to what Petchmorakot has achieved in his career. The 26-year-old Thai veteran has a 161-35-2 record in muay Thai and kickboxing.

Petchmorakot says the secret to his success is working hard in training.

“Even if you don’t have a fight right now, I say just keep training and improving. Your chance will come to you,” said Petchmorakot.

ONE: A New Breed III is the final event in the “A New Breed” series from Bangkok.

Aside from the argument between Petchmorakot and Andersson, fans will also get to see Thai women’s martial arts pioneer Rika “Tiny Doll” Ishige return to action to face countrywoman Sunisa “Thunderstorm” Srisen.

While Petchmorakot is unable to predict what will transpire in the ring this Friday night, he assures fans that the ONE World Title will stay in Thailand.

“He’s a good fighter. He’s tall and has dangerous punches. But I don’t think he is as fast as me. My speed will be the difference in this fight,” said Petchmorakot.

“I’m always looking to score a knockout in every fight. I think, as a fighter, you have to do some damage. But more importantly, I want to make a successful title defence and keep the belt in Thailand.”