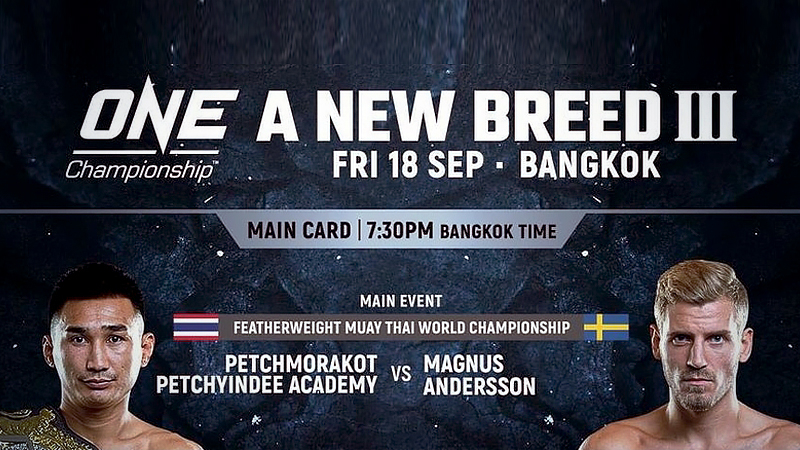 Twenty-six-year-old former Lion Fight World Champion Magnus “Crazy Viking” Andersson of Sweden is ready to show fans exactly what he is capable of after climbing into the ONE Championship ring for the very first time.

Andersson, who has spent his time honing his skills at Revolution Muay Thai Phuket, stepped into perhaps the most important bout of his career when he took on reigning ONE Featherweight Muay Thai World Champion Petchmorakot Petchyindee Academy of Thailand a few weeks ago.

Andersson and Petchmorakot squared off in the main event of ONE: A NEW BREED III, a closed-door, audience-free and previously recorded event -- the results of which will be made known when the show is broadcast globally this Friday night, 18 September.

Speaking of this highly-anticipated bout just days before its commencement, Andersson was beaming with confidence, and even expressed his gratitude to be able to compete in the world’s largest martial arts organization.

“For the past eight years, Petchmorakot has been very successful, and he’s part of a strong team. He has a strong left kick, good elbows, and good defense -- not to mention, a lot of experience. I admire and respect him, but I am looking forward to the challenge of beating him,” Andersson said. 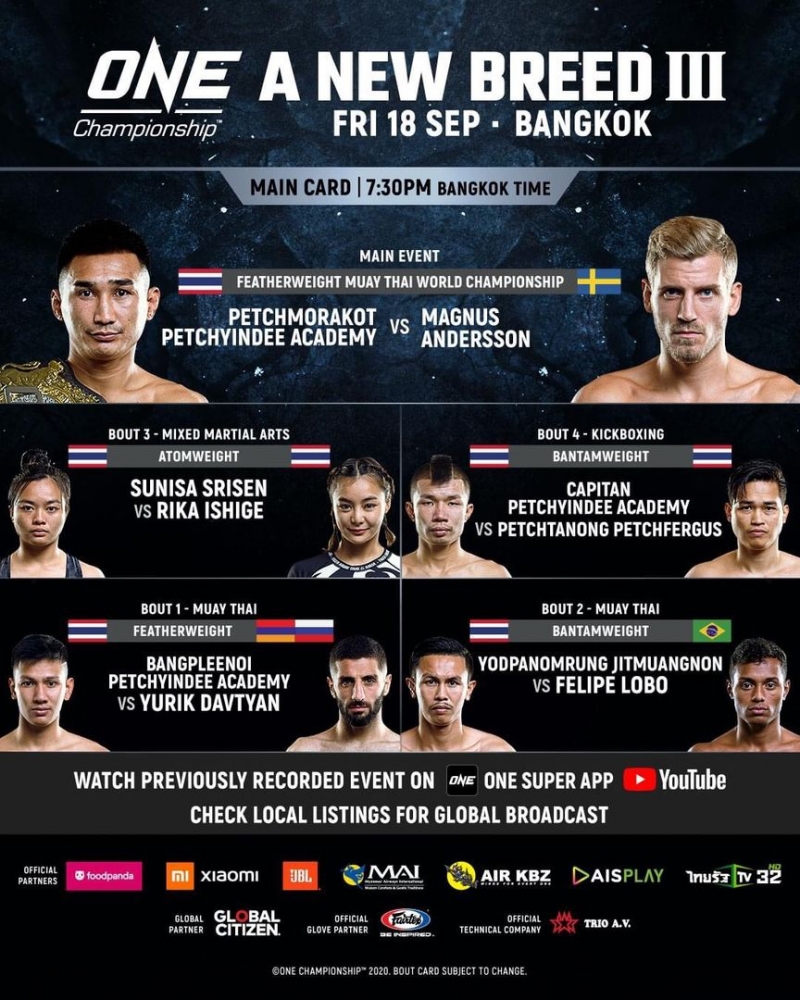 “I am very excited to be involved with such a fantastic organization. ONE Championship showcases the best martial arts fighters in the world. It has been a great success and is the fastest rising promotion in the world.”

Petchmorakot is one of the most well-rounded and experienced Muay Thai fighters to come out of Thailand. At just 26 years of age, the Thai warrior is already a veteran of nearly 200 Muay Thai and kickboxing bouts combined.

Just last February, Petchmorakot captured the inaugural ONE Featherweight Muay Thai World Title. He has since successfully defended the belt one time, against the legendary Yodsanklai IWE Fairtex no less.

Petchmorakot took on the task of welcoming a newcomer into the ONE Super Series fold for his next defense. For one, Andersson said he and his team have come up with a sound strategy to beat the champion, and score the monumental upset.

“Petchmorakot will try to control the distance and collect the points,” Andersson said.

“This is a difficult fight because Petchmorakot likes to counter and fight off the back foot. My coaches at Revolution Muay Thai Phuket made a strong game plan, and if I keep to the plan, I will have a good chance to win.”

Fans will find out this Friday night if that strategy indeed paid off.

ONE: A NEW BREED III was a closed-door, audience-free event previously recorded from Bangkok, Thailand. It’s the final entry of the “A New Breed” series from Bangkok. Aside from a spectacular headline bout between Petchmorakot and Andersson, fans will also get to see Thai women’s martial arts pioneer Rika “Tiny Doll” Ishige return to action to face countrywoman Sunisa “Thunderstorm” Srisen.

With ONE Championship gold in his sights, Andersson exhibited supreme confidence in his promotional debut.

“I will be out to let him know that the Crazy Viking is in town and wants to be World Champion. Both of us will be trying to put on a show for the fans, and one of us will go home with the ONE Championship belt,” Andersson said.

“I am honored to get the chance to fight Petchmorakot and it’s my dream to become champion. This fight is about showing the world that Muay Thai is alive. It’s about giving hope to all the fans around the world, whenever they see exciting events in ONE Championship.”

Tags:
ONE: A NEW BREED III