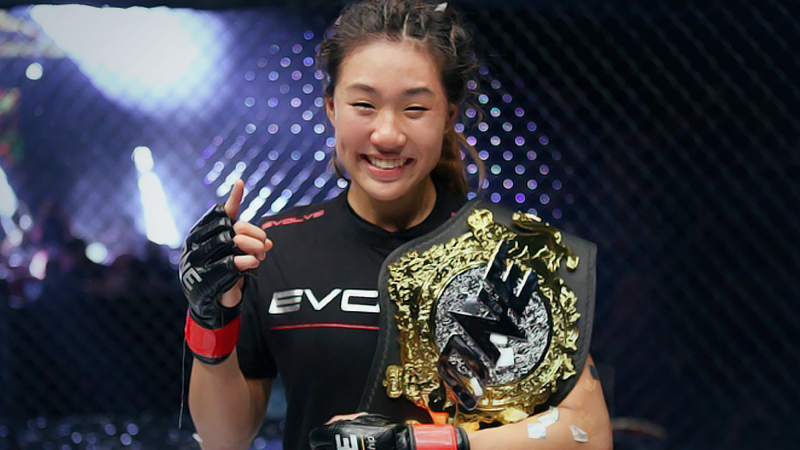 Following Lee’s announcement of her pregnancy, Zamboanga called for the Singaporean to vacate her title "out of respect for other athletes", given that the 24-year-old superstar may be out of action for quite some time. Lee fired back, calling Zamboanga "entitled" and that she would not give up her belt.

One Championship revealed plans of hosting a One Atomweight World Grand Prix Championship to determine the rightful challenger to the atomweight throne shortly after.

Former One atomweight Muay Thai and kickboxing world champion Stamp Fairtex, who recently told media she aims to focus on her mixed martial arts career, sided with Zamboanga, whom she considers a close friend. She believes Lee should vacate her title if she will be unable to defend it in a certain amount of time.

However, Stamp also believes Lee will be back just in time to swoop in and challenge the winner of the atomweight tournament.

“First of all, I’d like to say congratulations  to Angela Lee and her family. I wish her baby good health and all the happiness for her family,” said Stamp.

“It’s not easy being champion, with everyone coming for the belt on your shoulder. Angela deserves that championship because she trained hard for it. She’s defended it for four years now and running. That being said, if it does take too long for her to be able to defend the belt, I would have to agree with Denice.

“However, I think by the time this tournament is done, Angela may already be ready to defend her title. Let’s see,” Stamp added.

Although details of the atomweight tournament, such as date, venue, and athletes participating, have yet to be revealed, there is already a good inkling of which fighters will be included in the eight-woman bracket.

Stamp, who currently stands at No.5 on the official athlete rankings at atomweight, is expected to be one of the names thrown into the hat, although nothing has been finalised as of yet. The Thai warrioress is excited about the idea of competing in the tournament.

“If I do get a chance to compete in the Atomweight Grand Prix, it would be an honour. Angela Lee is a great champion, and to earn the right to face her would be amazing. If I can win the tournament, then I’ll be the one to face her when she comes back. That right now is the goal for me.”

One Championship returns on October 30 with "One: Inside THE Matrix", broadcast live from the Singapore Indoor Stadium in Singapore. The blockbuster features four world title bouts for a total of six compelling martial arts contests.