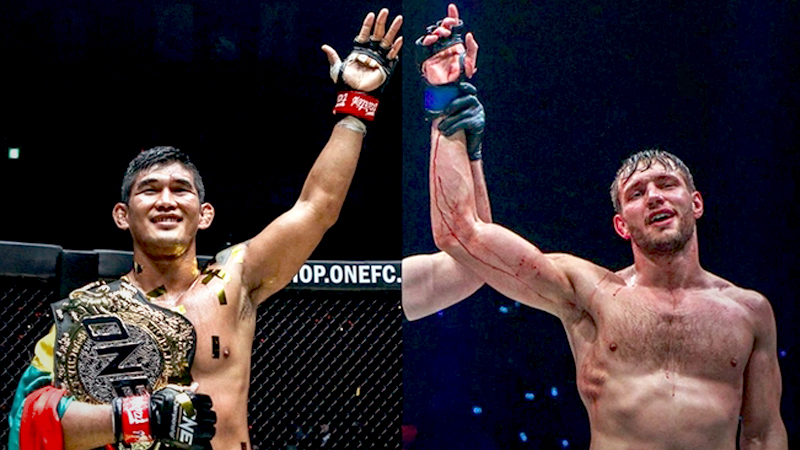 Dutchman De Ridder boasts a perfect 12-0 record, having finished all but one of his opponents so far, eight by submission. The 30-year-old grappling ace will no doubt bank on his mat skills, according to Aung La – and that’s something he will be prepared for.

“We all know Reinier is going to try to take me down, and I will finish him on the feet. He’s 12-0 and never tasted defeat, so he will come in very confident. What impressed me most about him is the fact that he finds a way to win,” said the 35-year-old veteran and two-division ONE world champion.

“It doesn’t take a rocket scientist to see what his strong suit is in his game. I am also very aware of who he is training with, and who he’s fought. But they are not like me.”

Aung La and De Ridder clash in this Friday night’s main event at ONE: Inside The Matrix, broadcast live from the Singapore Indoor Stadium on October 30.

“The Burmese Python” says he is more than capable of handling De Ridder’s ground game, and is aiming for another spectacular finish.

“I’m going to finish him. The difference in this fight will be the power in my fist.”

After overcoming his own bout with Covid-19 a few months ago, Aung La is glad he’s able to resume his career, and continue doing what he loves. The 35-year-old says he feels very fortunate that contracting the virus wasn’t as terrible for him as it could have been.

He promises to enter the Circle in the best version of himself against perhaps his liveliest challenger yet.

“My bout with Covid-19 only lasted a couple of days. Had mild symptoms like headache, fever, aches, congestion, and lost the sense of taste and smell. I am super happy to be back in the ONE Championship Circle. I am also very excited to show the world what I’ve been working on,” Aung La concluded.

“I definitely have momentum, but I am working very hard to keep it up.”