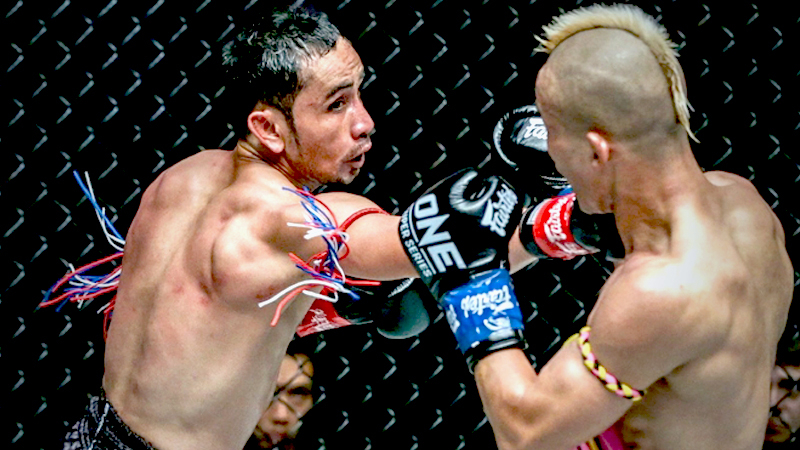 Current #2-ranked strawweight kickboxer in ONE Super Series, “Golden Boy” Wang Junguang of China, has had to deal with the effects COVID-19 has had on society over the past few months, just like the rest of the world.

With his imminent return to the ONE Circle this Friday night, Wang is thrilled to be able to return to action.

ONE Championship’s next offering is ONE: INSIDE THE MATRIX IV, a previously recorded event for global broadcast on Friday, 20 November.

In the main event, Wang will face European Muay Thai Champion Aslanbek Zikreev of Russia. If Wang can leave the arena with an impressive victory over Zikreev, he may very well make a case for a rematch against ONE Strawweight Kickboxing World Champion Sam-A Gaiyanghadao.

Wang took on Sam-A in December of 2019 for the inaugural ONE Strawweight Kickboxing World Title, falling just short of victory in a close unanimous decision loss to the Thai legend. Against Zikreev, Wang is looking to make a statement, and vows to earn a rematch against Sam-A.

“I’m very proud to fight overseas for my people during this special time,” Wang says. “I will bring a perfect victory back to my hometown of Henan, the martial arts center of China.”

Wang joined ONE Super Series not long ago, tearing through the opposition. His spectacular finish over Federico Roma was a memorable one, with Wang sending the Argentine striker crashing to the mat with a beautiful striking display.

A front kick to the chin and thunderous boxing combinations were all it took to coerce the official to call a halt to the contest in the first round.

“I established my pace, and then I knocked him down. I knew he would rush in then because I already had a points advantage, so I retreated, looked for an opening, and then knocked him down again,” Wang recalled of the victory.

“I knew if there were three knockdowns in a single round, the match would end, so I needed to punch heavily.”

The impressive victory earned Wang a shot at ONE Championship gold against Sam-A. Inside the ring with an absolute legend, Wang appeared unfazed. It was a close bout all throughout, with both men having their moments.

Wang started the bout off strong, firing combinations with no abandon. Sam-A was able to survive the onslaught, and just like the veteran he is, used his experience to trump Wang’s furious offensive display en route to a close points win.

Despite losing in his world title bid, Wang didn’t feel discouraged. Instead, the loss motivated him even more to get back to the top.

“I know I disappointed my fans from my World Title fight the last time, but I still know that I can beat Sam-A,” Wang said.

“I’m the only one giving him a problem in this division, and trust me, I’ll give him a bigger problem next time. I want to bring this belt back home and become the first-ever male ONE World Champion from China.”

Only one man, Russia’s Zikreev, stands in Wang’s way. But if “Golden Boy” is to be believed, a performance worthy of earning another shot at the belt is at hand. If Wang gets past his Russian foe this Friday night, he very well could set himself up for another date with destiny.