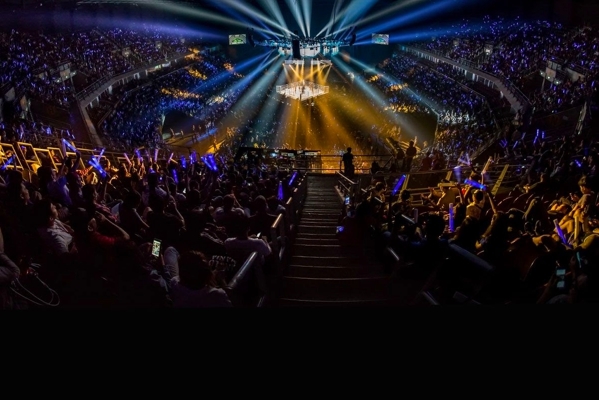 ONE Championship™ (ONE) announced a multifaceted global partnership with Facebook that includes distribution of exclusive content on Facebook Watch, a Facebook Gaming channel in which ONE’s top athletes will stream gameplay and gaming commentary, and the addition of ONE Virtual Reality content to the Venues app on the Oculus platform.

ONE Championship and Facebook have long worked together in bringing the most exciting martial arts content to millions of fans globally, leveraging the platform’s power. ONE’s Facebook page now exceeds 25M+ followers and the company exceeded 5 billion platform video views in 2019.

The joint launch of ONE Championship and ONE Esports Facebook Gaming channel, where fans can watch their favorite ONE athletes stream their gaming activity exclusively on Facebook Gaming, playing and engaging daily.

The launch of “Only on Oculus” next-generation VR content in the Venues app for Oculus Quest where martial arts fans across the globe can experience the best seat in the house, virtually.

Hari Vijayarajan, Group CCO of ONE Championship, stated: “ONE Championship is committed to finding new ways to connect authentically with our fans and allow them to experience the stories of hope, strength, dreams, and inspiration created by our athlete superheroes. Our long-term partnership with Facebook has been instrumental in allowing us to build reach and audiences around the world. We are excited to expand our partnership and leverage the power of the Facebook platform, be that VR with Oculus, the rapid growth of esports and community gaming with Facebook Gaming, or simply non-stop action clips for Facebook Watch you cannot find anywhere else.”

Joyee Biswas, Director Sports Partnerships Facebook Asia Pacific, stated: “We’re thrilled to extend our partnership with ONE Championship as we grow our sports collaboration across our platform. Community is at the core of ONE Championship and we will continue to help them reach their audiences whether it is through premium content in Facebook Watch, or to our new engagement opportunities through Facebook Gaming. The announcement today to also bring content to the Oculus platform is testament to ONE Championship’s ability to anticipate where their community will engage and create a meaningful experience for fans.”