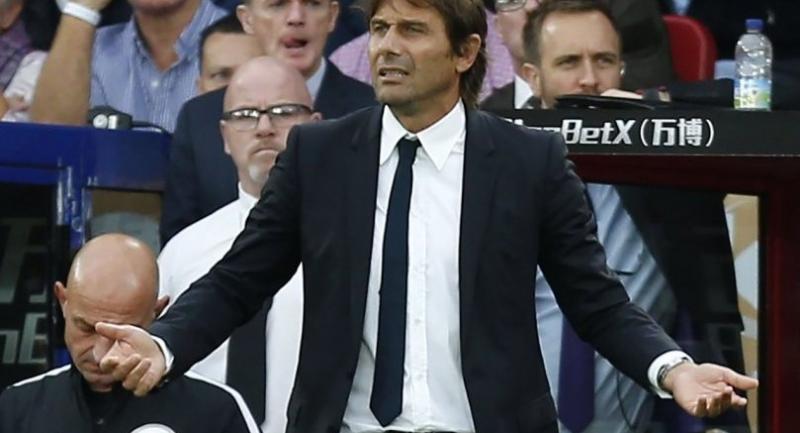 London - Antonio Conte admits Chelsea are going through a "difficult moment" after the Premier League champions crashed to a shock 2-1 defeat at lowly Crystal Palace.

The loss left Conte's side nine points adrift of leaders Manchester City and the pain was compounded by a hamstring injury to Victor Moses that will rule the wing-back out of Wednesday's Champions League meeting with Roma.

Moses joins Chelsea midfielder N'Golo Kante on the sidelines, but Blues boss Conte is hopeful striker Alvaro Morata will be fit to return after sitting out the visit to Palace with a hamstring problem.

Chelsea have lost their last two league games after the Palace setback followed a damaging defeat to Manchester City before the international break.

"I think, in this moment, for us it's a very difficult moment," he said.

"When you start a game without Morata and without Kante, it's not simple. Above all if, during the game, another important player in your team has an injury too like Victor Moses.

"I hope to have him back very soon because this moment is very difficult for us. To lose three or four players, it's a big problem for us.

"But, despite this, we have to find the will to fight. We want to try and be competitive in all competitions, but it won't be easy."

Questions have been raised about the depth of Conte's squad this season and the Italian added: "I think the situation is very clear and everyone can see that situation.

"I repeat: my job is to be focused on my work with my players, and to try and do our best.

"Now, I repeat, for sure it's not an easy moment for us. But I think that, in this moment, it's important to find a solution. Don't look for excuses. Through work, find a solution.

"You know I don't like to lose. Imagine when you lose two games in a row. For sure, my soul today is bad.

"For sure, it will be very difficult for me to sleep. But I think we must have the same sensation, me and my players, to change things in the next game and be positive."

Palace claimed their first league goals of the season after losing their first seven matches, with Cesar Azpilicueta's own-goal setting them on their way and Wilfried Zaha tying up the win on the stroke of half-time after Tiemoue Bakayoko had equalised.

Roy Hodgson's side remain at the foot of the table and while the Palace manager was relieved to get off the mark, he rejected the suggestion the club's season had finally taken off.

"In terms of the season starting, I don't embrace that idea. I don't subscribe to it. A championship is 38 matches. Each is its own particular story," he said.

"Sometimes it's a good story - we'd like to read that chapter again - but next Saturday is another story.

"Just because we won the game today, deservedly against a very good team, doesn't mean we'll win against Newcastle or West Ham. Back to square one. We need to realise what we did well today and then work on it."

Zaha stood out on his first appearance since picking up a knee injury on the opening day but Hodgson insisted praise should be spread around his team.

"I thought he was excellent, don't get me wrong, but it was a good team performance.

"It's a bit unfair that a performance, of which we're really proud, to suggest that it's down to one good player returning."