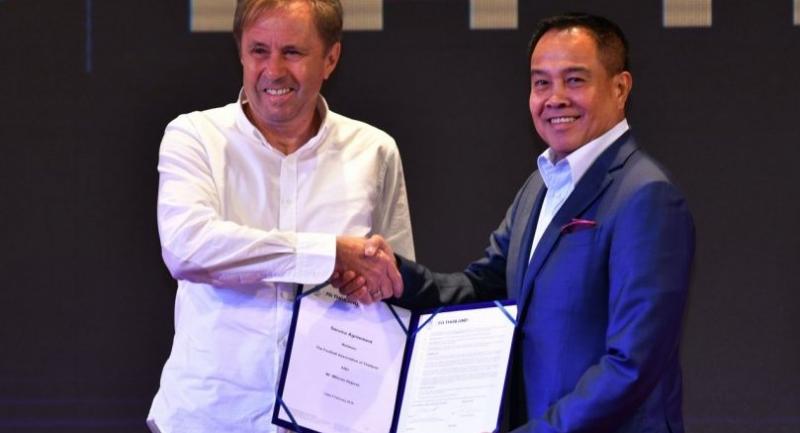 The Football Association of Thailand has extended national coach Milovan Rajevac’s contract to 2020, with his major targets being to defend the Suzuki (Asean) Cup in November this year and get past at least the preliminary round of the 2019 Asian Cup.

The Serbian coach, who originally signed a one-year contract with the Thai FA last April, has also vowed to spearhead Thailand to a successful defence of the King’s Cup in Bangkok next month.

In eight matches during Rajevac’s reign, Thailand have won four matches, including successes over North Korea and Belarus in the King’s Cup, lost three times (a friendly to Uzbekistan and two World Cup Qualifiers, against Iraq and Australia) and drawn with the United Arab Emirates in another World Cup Qualifier. “My first job will be the King’s Cup. I’m trying get players playing overseas to come back and play for the team. They should be allowed to come home as its Fifa day,” said Rajevac, referring to four key players including Chanathip Songkrasin who is currently playing for Consadole Sapporo in Japan and Kawin Thamsatchanan for OH Leuven in Belgium.

“The Asian Cup is the main goal of FAT. We must try to pass the group stage to reach the knock out stage,” he added.