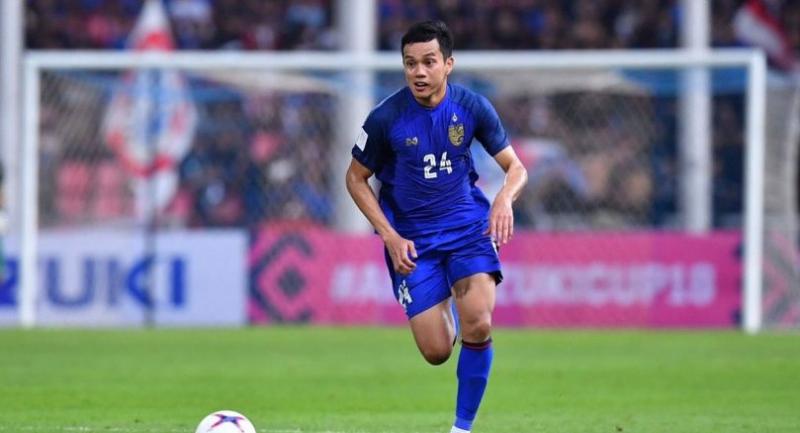 Thailand defender Korrakot Wiriyaudomsiri is warning that the War Elephants must be fully focused in their first away game of the AFF Suzuki Cup against Philippines in Bacolod City on Wednesday evening.

The game at the Panaad Stadium will be Thailand’s biggest so far after two easy home wins, over Timor Leste (7-0) and Indonesia (4-1).

It will be clash between two teams with perfect records – the Philippines have also had two straight wins, over Singapore (1-0) and Timor (3-2).

“The tension will be quite high as both of us need this win to guarantee a semi-final spot,” said the 30-year-old Buriram United player.

The two top teams in each group will make the semis and if they win tonight, Thailand will secure their progression even if they lose their last group game against Singapore on Sunday.

“If we secure our [semi-final] spot we can rotate players in the next game and rest a few before the semi-final,” added Korrakot, who was among the scorers in the win over Indonesia.

The weather might affect the way the teams approach the game, with rain expected in several parts of the Philippines. Moreover, Thailand’s preparations were inconvenienced somewhat by having to spend Monday night in Manila as their onward flight was cancelled due to Storm Toraji, which has claimed many lives in the central provinces. They duly arrived in Bacolod later than planned on Tuesday.

“I’ve heard it will rain heavily [during the game] but there won’t be any excuses. After all, we have to compete on the same pitch and under the same conditions,” Korrakot said.

The left back stressed that in order to prevail tonight he and his teammates will need to be highly focused and stick to their game plany.

“We have to be careful and remain at our own pace,” he said. “If we can’t score, we shouldn’t concede a goal either. I predict that it will all go down to the wire.”

Korrakot has worked briefly with Philippines head coach Sven-Goran Eriksson when he was playing for Bangkok-based BEC Tero in 2012 and the Swede was the team’s technical advisor.

He still has great respect for the former England manager.

“Even though I didn’t spend much time with him I could see he was a great coach,” said Korrakot. “He loves his players to think fast and react quickly, to be able to switch from defending to attacking at any time.”