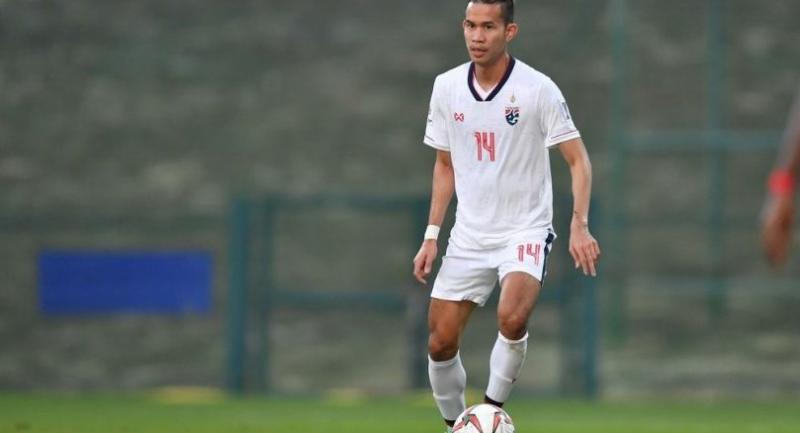 Thailand midfielder Sanrawat Dechmitr believes that losing to Oman on Wednesday could provide the War Elephants with a valuable lesson as they look to make amends in their Asian Cup opener with India on Sunday.

Milovan Rajevac’s side had a hiccup in their final warm-up fixture, losing 2-0 in a behind-closed-doors game at the Abu Dhabi Cricket Stadium.

The result sparked a backlash from fans still reeling from the team’s dismal showing in last month’s AFF Suzuki Cup, when the two-time defending champions were bundled out in the semi-finals to Malaysia on away goals.

“We also hate losing,” said 29-year-old Sanrawat, who had the best assist stats (4 assists in 4 group stage appearances) in last month’s tournament. “But we have to understand that it’s not easy at this level of competition. “On the bright side, we’ve learned from the loss.”

The Bangkok United star said the Oman game showed there were still loopholes to fix in relation to the team’s cohesiveness.

“The teamwork should fall into place more,” added Sanrawat, who has 27 caps. “The game exposed some defects that we must minimise as much as possible in Sunday’s game. We are willing to work harder to get stronger by Sunday.”

Despite the defeat, the Samut Prakan-based player insisted the players’ fighting spirit never dimmed and he urges fans to refrain from posting negative remarks about the team online.

“If I could ask for a New Year’s gift, it would be the supportive words of  “susu” (fight) from the fans. I think these words are easier to type than offesnive words or remarks,” Sanrawat said.

“We will perform our best to prove that Thailand has potential like any other football nation.”

The Asian Cup kicks off tomorrow with the opener between the hosts UAE versus Bahrain in group A, while Thailand will launch their campaign with India, in the same group, at the Al Nahyan Stadium in Abu Dhabi on Sunday (8.30pm Bangkok time).

Thailand’s next games, against Bahrain and UAE, are on January 10 and 14 respectively.