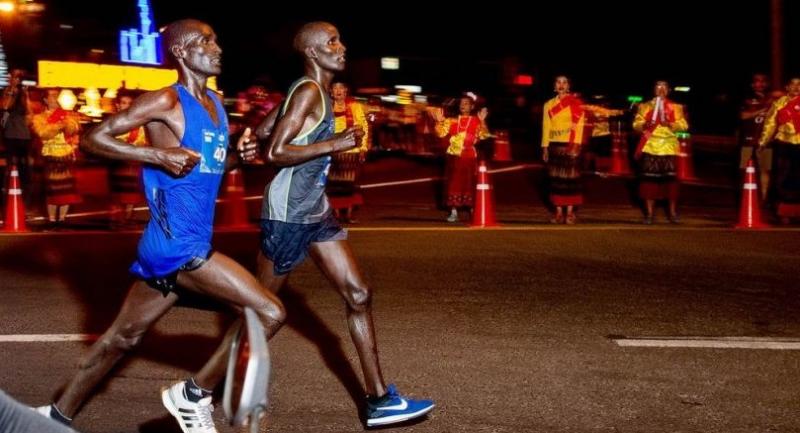 Kenyan runners won both men’s and women’s titles at the 3rd Buriram Marathon while local star Boonthueng Srisang made a hat-trick win in the Thai category at the Chang International Circuit on Sunday.

Pauline Njeri Kahenya also added further pride for Kenya after she won the women's division in 2.38.36 hrs. Li Zhixuan of China came in second with 2.44.03 hrs, followed by  Amelework Fikadu Bosho of Ethiopia with 2.44.42 hrs. “I am extremely happy to become the first Thai to win the event for the third straight year,” said Boonthueng, Thailand’s most prolific runner.

“Importantly, I feel proud to represent the country.”

While giving a praise for the fantastic competition that has attracted more than 24,000 runners including a huge number of foreign runners, Boonthueng said that he would continue training and coaching the young athletics for the SEA Games in the Philippines later this year.