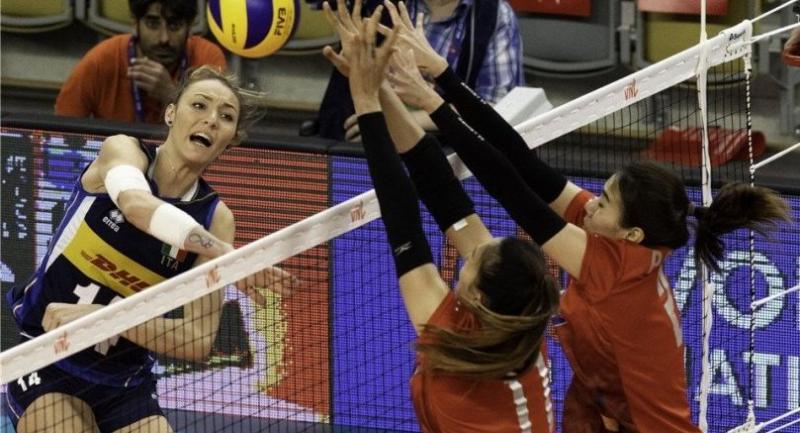 Italy underlined their supremacy over Thailand as the 2002 World champions scored a straight set victory 25-13 25-17 26-24 in the second round robin of the Volleyball Nations League in Opole, Poland on Wednesday.

The European team who won their only World title in 2002 and finished seventh in the Nations League last year employed their better teamwork and fast attacks to beat the Kingdom’s side for their second Pool 1 win. Italy have beaten Thailand 13 out of 15 encounters.

Thailand, with one win against Germany and one defeat will face host Poland tonight.

Thailand coach Danai Sriwacharamaytakul says in the post- match interview that: "It’s good for Thailand team to play against a strong opponent like Italy. The Italians play really well on every position, so it is never easy to fight with them. We are happy that we can gain experience playing in a tournament like this one. I am sure that every piece of knowledge we get here, will make us better in the future. Today Italy play well in attack and that was the key to their win. Tomorrow we will play against Poland, we know them from Montreux Volley Masters, and we know what can be expected from this game."

Thailand captain Nootsara Tomkom says: "We knew that it will be a difficult game for us. Italy is a strong team and they showed it today. They put pressure on us with service and it caused problems in our reception. In addition, our opponents played very fast today and it was hard for us to block them. Against Poland we have to play our volleyball and do our best. We met each other in Montreux so we know their style of play. I hope that this experience will be helpful for us."