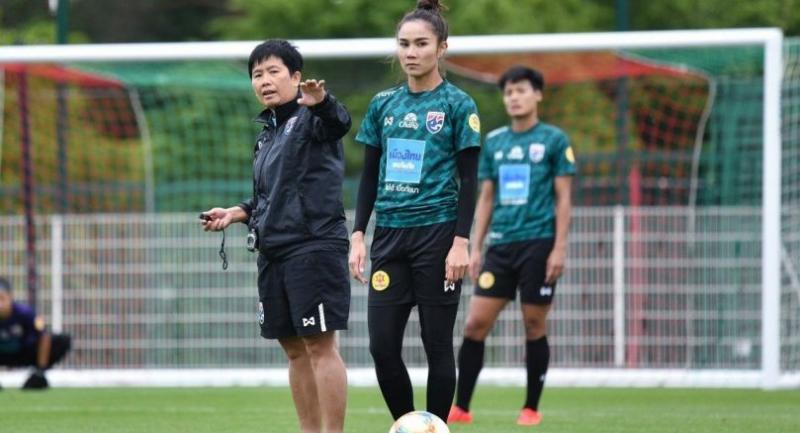 NATIONAL WOMEN’S football team captain Sunisa Srangthaisong believes her side is capable of causing an upset when Thailand take on Belgium on Saturday in a World Cup warm-up in Leuven.

Nuengrutai Srathongvian’s team will face the Belgium national team at 8.30pm on Saturday, Bangkok time, at the OH Leuven Stadium.

Defender Sunisa, after observing the European team play a friendly against defending World Cup champions USA, felt confident of gaining a much-needed morale boost ahead of the quadrennial tournament. “I feel we can play them well and even beat them,” said the 31-year-old player from Nakhon Ratchasima province. “In the match with France, we were able to compete with them well, too, but there were some moments when we could not keep pace them, as they had individual skills. I expect the match against Belgium to be an entertaining one and we are capable of a tough fight,” she added.

Under the supervision of national coach Nuengrutai, the Thai team focused on defensive tactics during training at the OHL King Power stadium. “During the last game against France, my side came under a lot of attack. So we have to concentrate on our defensive tactics on both wings in training. This time we intend to perform much better. I’m more than 100 per cent sure that we will be a lot tougher,” added Sunisa, who has represented Thailand since 2006.

After Saturday’s game, Thailand will play their last World Cup build-up match against Kontich FC in Belgium on June 4. Thailand have been drawn in Group F for the World Cup, along with defending champions USA plus Chile and Sweden.

They kick off their campaign against the US at the Stade Auguste-Delaude in Reims on June 11.