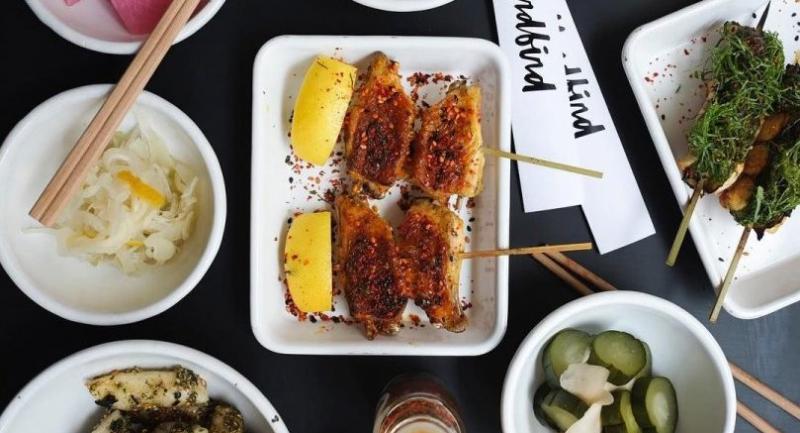 Siwilai City Club at Central Embassy is launching its Kitchen Takeover series by teaming up with Yardbird, a well-known yakitori restaurant from Hong Kong, to bring in its original flavours to Thai diners on Thursday (May 31) for one night only.

Matt Abergel, executive chef and co-owner of Hong Kong’s Yardbird and Ronin, will showcase the food that has excited him since his first visit to Japan, and the event will share the restaurant’s beak-to-tail philosophy through each part of fresh, high-quality chicken, skewered and grilled over charcoal.

“We will host the KitchenTakeover event series twice a year. This is our first time, and we are delighted to have chef Matt on board. The beautiful yakitori and unique drinks from Yardbird will go seamlessly with the venue’s fun and relaxing atmosphere, as well as music from the live DJ,” says Barom Bhicharnchitr, founder of Siwilai.

Yardbird Hong Kong is a modern izakaya that specialises in yakitori dishes of skewered grilled chicken. The menu focuses on the many different parts of a chicken, from neck to tail, that are grilled over traditional Binchotan charcoal. It is a relaxed neighbourhood restaurant, whose collaborative creative ethos comes back to Canadian chef Abergel’s roots in skateboarding, and a youth spent entrenched in a community hanging around a skate shop like The Source.

At the age of seventeen, Abergel travelled to Japan and ate his first sticks of yakitori. He fell in love with the skewers using the neck, tail, and soft bone of the chicken. A few years later while working at Masa in New York City, he found his food mentor in celebrated Japanese chef Masayoshi Takayama. After a stint at Hong Kong’s Zuma, he and his partner Lindsay Jang opened Yardbird, Hong Kong in 2011. Since then, the restaurant has appeared on the World’s 50 Best Asia list in 2013 and 2014 and is frequented by the world’s best chefs.

In addition to showcasing Yardbird Hong Kong’s signature yakitori, the event will also celebrate the launch of Abergel’s “Chicken & Charcoal” cookbook. Much more than a cookbook, “Chicken & Charcoal” also explores the team’s passions and collaborations with artists, designers, illustrators, and brands such as Vans, Carhartt WIP, and Stussy. With its own unique style and strong visual references by artist Evan Hecox, the book reveals the magic behind the restaurant’s food and drinks as well as the story of where Yardbird, Hong Kong started, how it grew, and where it is today.