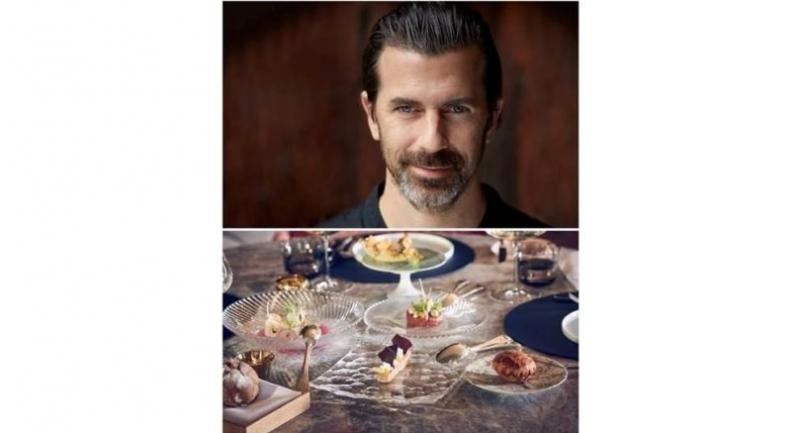 Andreas Caminada of Switzerland is the latest Michelin-star to take over the kitchen at Jojo, the popular restaurant at the St Regis Bangkok.

And he’s not only bringing along the lustre of three Michelin stars – he’s accompanied Marcel Skibba, the head chef at his own restaurant, Igniv, located in Badrutt’s Palace in St Moritz.

Caminada and Skibba will be working at Jojo from October 30 to November 2, sharing three non-traditional courses. Guests will be able to sample up to 16 plates in a single evening sitting.

“Our aim with ‘Igniv on tour’ is to create a sophisticated social experience,” Caminada says. “We want to bring people together around the table, to get them eating together, speaking to each other, sharing ideas, memories and moments, while sharing and enjoying our food.”

Main courses include a range of fish, chicken, beef and pork-belly dishes, while dessert is Egg Surprise-Caramel, Swiss Chocolate-Coffee and Passionfruit-Rice-Shiso.

Caminada achieved three-Michelin-star status by age 33. His career began at the Hotel Signina in Laax, followed by notable Michelin-recognised restaurants such as Hotel Walserhof, the Bareiss and the Wiesengrund Inn.

German-born Skibba was raised and trained in the Black Forest. After gaining experience in different Michelin-star kitchens, he joined Caminada’s team in Switzerland in 2015.

Skibba soon became his sous-chef at the Schloss Schauenstein. When Caminada opened Igniv in St Moritz, Skibba was his first choice for the kitchen lead.