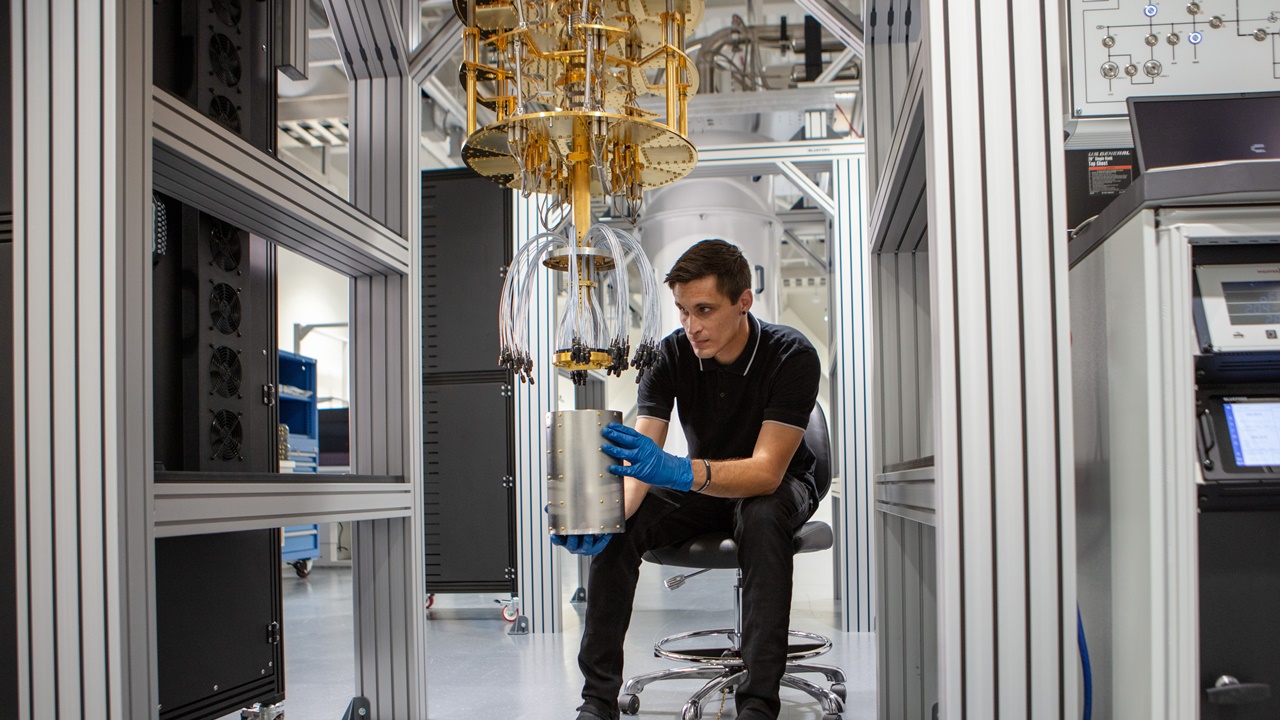 Amazon is officially entering the race to develop a quantum computer, joining U.S. and Chinese rivals in the quest to harness the properties of natures tiniest particles into computing power far surpassing existing machines.

Amazon will base its quantum team at a new center on the campus of Caltech in Pasadena, Calif., which officially opens this week. Caltech described it as the first "corporate-partnership building" on the university's campus, showing "Caltech's interests in bringing fundamental science to the marketplace."

The investment reflects growing corporate interest in quantum computers, which are still at an early stage of development but could someday crack problems that existing computers can't, such as identifying new materials to capture and remove carbon dioxide from the atmosphere, or new chemical compounds to treat intractable diseases.

In the defense sphere, some scientists believe quantum computers might someday be able to break existing forms of encryption, making them a hot development priority for the United States, China and other nations.

Today's computers store, process and transmit data by breaking it down into long streams of bits, which are typically electrical or optical pulses representing a zero or one.

Quantum computers use quantum bits, or qubits, which exhibit the special powers of the universe's smallest particles: they can exist as zeros and ones at the same time, or in any position between, a flexibility that gives them the potential to perform many calculations simultaneously.

A qubit can be an actual quantum particle, such as an atom, photon or electron. Or it can be a tiny electrical circuit on a chip that mimics the properties of these particles.

Google, IBM, Honeywell, Microsoft and start-ups such as IonQ are leading the U.S. race to build the machines, alongside a number of universities handling more basic research. In China, university research groups in Shanghai and Hefei are spearheading the work, backed by heavy government investment.

Google and the University of Science and Technology of China have published papers over the past two years claiming to have achieved "quantum supremacy," meaning that their experimental quantum computers were able to solve a particular calculation that would have stumped existing computers. Google, for example, said its quantum computer took less than three and a half minutes to perform a calculation that would take the most powerful classical computer on the planet 10,000 years to complete.

While those announcements grabbed headlines, the field has a long way to go before quantum computers are ready for large-scale problem-solving, scientists say.

One big problem: Qubits are finicky and have the propensity to stop functioning at the slightest disturbance, such as a minor change in temperature.

"By the end of this decade you might start to see machines capable of being able to tackle interesting problems ... that you couldn't tackle with existing technologies," said Oskar Painter, who took a leave of absence from his job as a Caltech physics professor two years ago to join Amazon and help establish the new center.

Amazon Web Services, the company's cloud-computing division, already offers customers access to early-stage quantum computers developed by other companies, including IonQ. Now it's trying to develop its own.

Amazon rented land from Caltech to build the research center, which the company owns and operates. Painter and another Caltech professor, Fernando Brandao, who also took a leave of absence to join Amazon, are running the research there.

The company will benefit hugely from having access to the Caltech community, the physicists said. "This is really one of the of the best places on Earth for quantum computing," Brandao said.

He said Caltech would also benefit because academics need the deep pockets of industry to scale up quantum machines. "It's not cheap to do that, it's not easy to do that," he said. "It's not something that people can do just at universities. So we need industry there."

Both parties declined to say how much Amazon is paying in rent. Amazon is providing financial support for quantum and nanoscience research at Caltech through "student and postdoctoral fellowships, sponsored research agreements, and infrastructure funds for Caltech's nanoscience facility," the university said. Amazon and Caltech declined to quantify that funding.

Amazon will own any intellectual property generated by work within its building, while IP that Caltech generates through Amazon-sponsored research projects will belong to the university, both parties said. In some cases they will share the IP.

Many of the scientists Amazon has hired for the center - the company declines to say how big the staff is - came from other universities and companies, which will give Caltech faculty and students access to new brainpower, said John Preskill, a professor of theoretical physics at Caltech who became an Amazon scholar in 2020, committing to work one day a week on Amazon's quantum efforts.

"They are hiring world class scientists," Preskill said. The interaction "has been good for broadening me scientifically and for our group."

Quantum technology is sparking business activity on a number of U.S. campuses. Earlier this year, the University of Chicago and several partners launched the nation's first program to support quantum-tech start-ups, called Duality. Amazon this month committed to provide more than $1 million in funding and in-kind support to program, the university said.

The University of Maryland, meanwhile, houses the offices of IonQ, the start-up co-founded by one of the university's physicists. The university also recently launched the Quantum Startup Foundry to support new ventures in the field.