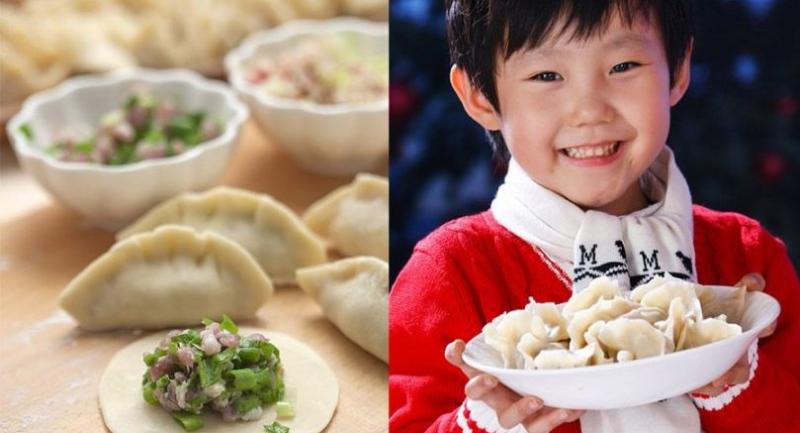 10 Spring Festival foods to try from around China

Spring Festival is in the air. As the peak of chunyun is at hand and red lanterns are decorating the neighborhood, it is really hard to miss this festive mood.

If you want to collect all the best luck for 2018, make sure you eat them all!

For people from northern China, the dumpling is a must-have on the dinner table on Chinese New Year's Eve. The shape of the dumpling resembles the gold ingot from ancient China. So eating dumplings means a wish for treasure and good fortune.

Tangyuan, glutinous rice balls stuffed with a sweet or salty filling, is not exclusive to the Lantern Festival. It is a food for the winter solstice or any occasion of a family reunion. Nowadays, tangyuan often come in rainbow-like colors and are filled with many flavors, such as fruit preserves.

Yuanxiao from northern China is actually made quite differently. Instead of wrapping the filling inside the dough, you need to roll the diced filling in the flour until they turn into white pellets.

Made of glutinous rice flour, rice cake has been in Chinese cuisine since the Spring and Autumn Period (770-476 BC). Gold and white rice cakes become the symbols of gold and silver. And the Chinese character for cake is gao whose homophonic means growth, improvement or greater accomplishment.

A bowl of long noodles, usually uncut, represents the string of life or longevity. It also reminds people of the strings holding copper coins together in ancient China, which symbolize treasure and wealth.

A wonton is made with a small amount of filling, which can be ground pork and shrimp, wrapped in a square wrapper. Making wontons calls for a pair of skilled hands. If you want to have a streak of luck in the new year, eat a bowl of wontons on the second day of the upcoming year according to the Chinese lunar calendar!

Attention please, Chinese rice pudding is not just for the Dragon Boat Festival! In South China's Guangxi Zhuang autonomous region, rice puddings with a variety of stuffings are made for the Spring Festival. Local people sometimes boil zongzi for over 10 hours. The heavy ones may weigh over 5 kilograms.

Soft but chewy, White Rabbit candy is many people's favorite treat from childhood. Every household during the Spring Festival will prepare a tray of candies with roasted seeds and nuts for the guests. Small talk and snacks do make a perfect match after all.

Tusu liquor is a sort of traditional Chinese medical liquor created by the famous physician Hua Tuo in the Eastern Han Dynasty (25-220) and introduced to the public by another great physician, Sun Simiao of the Tang Dynasty (618-907). It is believed to be able to prevent diseases and prolong the life-span, so the best time to drink Tusu liquor is at the beginning of a year.

It is said the simple but delicious soybean sprout dish once impressed Emperor Qianlong of the Qing Dynasty (1644-1911), when he toured the regions south of the Yangtze River. Grown from soybeans, it symbolizes growth and promotion. In Shanghai and East China's Jiangsu province, soybean sprout dishes always hold an important place at the family reunion banquet.

On Lunar New Year's Eve, all family members get together to have a big meal. The way of cooking fish and chicken may vary across China, but the symbolic meaning of these two dishes is always brimful happiness and good fortune.