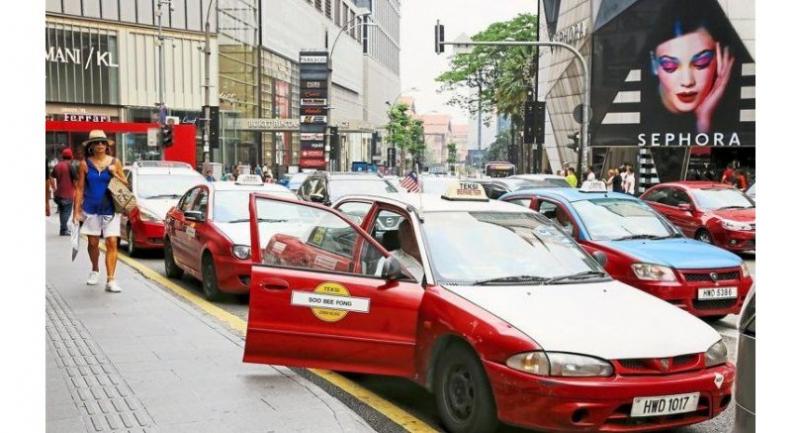 Does Malaysia have the best taxi service in the world?

My colleague took a ride in a Silver Bird taxi in Jakarta, Indonesia. Long after she disembarked, she realised her luggage was left in the boot! Two hours later it was returned to her with everything intact; the driver even apologised to her.

The Yellow Cabs are all over Taiwan and each one is spacious. The enthusiastic Taipei taxi drivers will carefully check the address of your destination and try to use a shorter route.

In Australia, drivers abide by the law and strictly keep to speed limits.

In Hong Kong, the red-and-white taxis have unique aluminium tops that act as sun screens.While Hong Kong people are generally quick tempered, the attitude of taxi drivers is a mixture of both. They like to chat with other drivers over wireless channels. Perhaps you might be shocked by their clothes too as they look more like peddlars than drivers. Nevertheless, Hong Kong taxi drivers are great tourism ambassadors as they are willing to recommend a good place to eat, drink and relax in the city to any visitor.

I always encourage my tour members to try and experience a city by by riding in a local taxi – it is just like meeting the “local ambassador” of a city. It is also safe and fun.

Japan’s taxi fares are considered high at 540 yen (almost RM20) for the first kilometer. But compared to the taxis in Kuala Lumpur, taxis in Japan are like Class A limousines. The passenger door opens automatically, its interior is spotless with white lace seat covers and the car is equipped with a GPS. The drivers, dressed in neat suits and ties, are confident, polite and sincere. Each driver collects the correct fare, does not overcharge, always has small change and even issues a receipt. When a passenger gets off, the driver says in Japanese, “Please be careful”. Japan’s public transportation is truly world class and it is difficult to find fault with the drivers as their attitude towards their work is great.

London’s famous black cabs or Hackney carriages are the world’s most eye-catching taxis as they were shaped to look like horse carriages back in 1654. Even though there is nostalgic value, the fare is the same as ordinary taxis.

Singapore also introduced its own black cabs in 1992 and was quite popular.

In South Korea, the taxis are all local-made cars, although they are limousine models that come with an E-translator.

In China, taxis vary in each province; they are mainly local-made cars that are relatively small. There is a metal grille between the front and rear seats, which is said to prevent robbery. In terms of cleanliness, there is much room to improve. Drivers are usually impatient too, but this is probably because of serious traffic congestions in the big cities. I find that taxis in Xiamen City are generally the best in China, as they are clean and the drivers are polite and sincere.

Taxis make great ambassadors for a city. While you can’t really compare taxi prices among countries, the quality of taxi service does somewhat reflect the quality of a society.

The drivers’ attitude is key to getting top quality service. According to a survey, unwilling drivers are the main reason why some taxis have relatively poor service and cleanliness. If one has no passion for the job, then the quality of service suffers.

Among the developing countries, Indonesia is exemplary in the level of taxi service – clean, no arbitrary charges, sense of security, politeness and optimistic attitude.

Malaysia’s taxi service is a clutter of systems that appear to have regulations but without accountability. I pity the frustrated tourists who have no choice but to take taxis that cheat on the fare.

Fortunately, there are now several ride-hailing services like Grab in Malaysia, while LRT and MRT services have expanded, which means there are more options for tourists who rely on public transportation.

Currently in KL, popular shopping area Bukit Bintang face awkward situations where many taxis temporarily park their cars along the road, waiting for customers. These are causing terrible traffic congestions, and is damaging the image of tourism in Malaysia too. I urge the authorities to investigate this matter and to set up new guidelines for taxis in the country.

Leesan is the executive chairman of Apple Vacations.