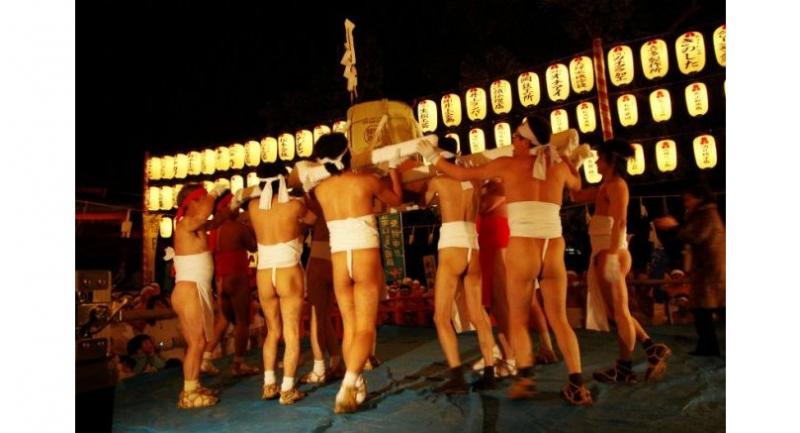 The Japanese will be celebrating Saidai-Ji Eyo Hadaka Matsuri in the middle of this month.

By PHOOWADON DUANGMEE
THE NATION

Chinese New Year celebrations continue all over the region

Penang’s government will hold a Chinese New Year celebration on the streets of George Town, partly to celebrate George Town’s recognition as a UNESCO World Heritage city. More than 20 clan houses and temples within Penang’s historical district, which are normally closed to all except their members, will open their doors to visitors on February 3. Enjoy wushu performances, fireworks displays, lion and dragon dances, Chingay parades and fanciful decorations.

Every third Saturday of February, some 9,000 men wearing only loincloths push and pull to win the shingi, a pair of lucky sacred sticks measuring 4 cm in diameter and 20 cm in length, thrown into the crowd by the priest from a window four metres up. The one who gets hold of the shingi and thrusts them upright in a wooden measuring box full of rice is blessed with a year of happiness. On the day of the festival, prior to the main event, there is a Hadaka Matsuri starting at 6pm when primary school boys compete for rice cakes and cylindrical treasures.

This national event is the largest street performance and float parade in Asia. From the main parade site (F1 Pit Building next to Singapore Flyer) to the heartlands, this street extravaganza epitomises the dynamism of Singapore’s vibrant and multicultural society. The word Chingay means “the art of costume and masquerade” in the Hokkien dialect. On the theme of “Lights of Legacy, Brighter Singapore”, this year's Chingay Parade boasts a programme that includes dragon dances and aerial acts by local and international artists, fireworks and 11 spectacular floats.

Bogor Street Festival is held in conjunction with Cap Go Meh, marking the pinnacle and the closure of Chinese New Year celebrations. An expected 10,000 performers mostly of the Chinese-Indonesian descent and an excited crowd will once again be lining Jalan Suryakencana, Bogor’s main road. The day starts with a religious ritual at the main Temple called Hok Tek Bio or the Dhanagun monastery in the heart of Bogor’s Chinatown, to honour the Creator, the gods and ancestors. Then the parade starts, led by a drum band, flags and banners, to lion and dragon dances and other performances, passing through the city’s main streets to return to the temple at midnight.

Globally renowned as the must-attend culinary event of the year, the world’s greatest restaurant festival will make its debut in Asia starting with Hong Kong on the Central Harbourfront. Following the successful format of global Taste Festivals, 12 of Hong Kong’s finest Michelin-starred restaurants and top chefs will congregate in one location for the ultimate dining experience; serving a premium menu of more than 40 signature dishes on small plates and iconic one-off festival creations.