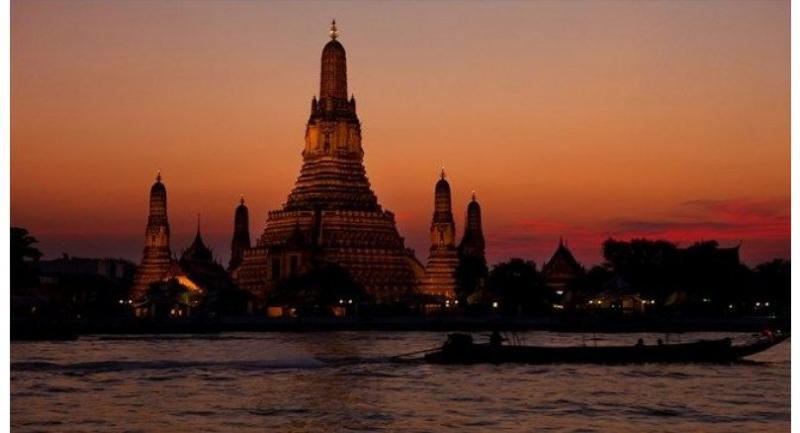 No more scaffolding on the Temple of Dawn.

The world-famous Temple of Dawn pagoda, known internationally as Wat Arun, will officially be reopened the end of this year after being closed to visitors for three years to undergo repairs and renovation along with other structures in the temple compound. Photographers visiting the city will be relieved to hear this news as the city’s most iconic landmark has been swathed in scaffolding for the past several years.

The 66.8-metre-high pagoda is the main feature of Wat Arun, which is decorated with seashells and bits of Chinese porcelain that glimmer in the sunshine. Under direction from Thailand’s Fine Arts Department, Wat Arun started undergoing renovation over three years ago, specifically to secure the base of its majestic pagoda.

The lofty temple was initially envisioned by Somdet Phra Chao Krung Thon Buri (King Taksin the Great) in 1768 after fighting his way out of Ayutthaya, when he arrived at this Buddhist temple just as dawn was breaking. He ordered the temple’s first renovation and renamed it Wat Chaeng, the Temple of Dawn.

A 10-day long celebration of the completion of Wat Arun’s renovations will take place at the end of this year from 27 December through to 5 January, 2018.

The festivities will include a tribute to Somdet Phra Chao Krung Thon Buri (King Taksin the Great), who ordered the previous restoration of the temple during his reign, along with ancient cultural and Thai dance performances. There will also be an exhibition on the temple’s history, showcasing the importance of its role in Thai society, highlighted by a display of award-winning photos of the temple taken over the years with the first images of Wat Arun dating back to 1865.

Mr. Yuthasak Supasorn, TAT Governor said, “This was the biggest repair and renovation work to take place on the temple in recent memory. The importance of this work, and that of Wat Arun to Thailand’s history, culture and tourism industry cannot be understated.

“It used to be the home of the Emerald Buddha, and over the years has now become one of the most-visited tourism sites in all of Thailand. The completion of the renovation and official reopening celebration in December this year is the source of great pride to all Thai people.”