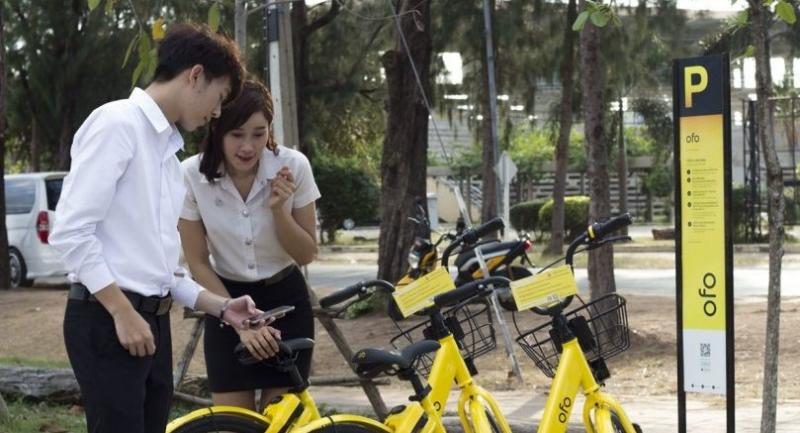 Ofo bike-sharing service has once again expanded its service in Thailand with the launch in the Smart City of Khon Kaen. The bikes have been available at Khon Kaen University since December 1.

Noppol Toochinda, ofo Thailand’s general manager, says the bike-sharing service in Khon Kaen has been an overwhelming success with thousands of transactions every day, higher than in ofo’s launches at other universities.

In addition to promoting and supporting ofo bike riding, Khon Kaen province is a strategic area where ofo is aiming to expand in line with the government's Smart City policy which includes cities of Phuket, KhonKaen and Chiang Mai. ofo has already launched in Phuket and Chiang Mai.

Assoc Prof Dr KittichaiTriratanasirichai, the President of Khon Kaen University notes that Khon Kaen University is located on an important green area of over 2,175 acres, which is like the lung of Khon Kaen city, and currently has a total student population of over 40,000. Though using cars and motorcycles are popular, they have continuously supported the use of bicycles to reduce the pollution in the campus.

“We intend to support bike riding inside the campus, not only for environmental conservation and to promote a healthy lifestyle among students and staff, but also because it provides safe and affordable transportation in the university.”