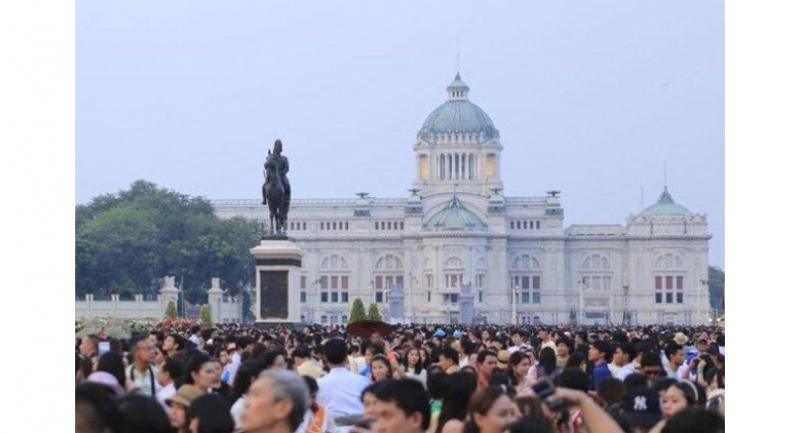 His Majesty King Maha Vajiralongkorn Bodindradebayavarangkun is graciously initiating the organisation of a Songkran celebration to be held at the Royal Plaza on the grounds of Dusit Palace, Sanam Suea Pa, from April 6 to 8, 2018 between 14.00 and 21.00 hrs. daily.

The event begins April 6 with a religious ceremony performed by 239 Buddhist monks in tribute to previous Kings and to Her Majesty Queen Sirikit. Members of the public and overseas visitors are welcome to take part in the rites, with all participants receiving prayer books as souvenirs.

Visitors are invited to participate in the bathing rite, or Song Nam Phra, on a Buddha image cast to mark King Rama X’s ordination as a Buddhist monk in 1978. There will also be a dedicated section where visitors can pour lustral waters (Rot Nam Dam Hua) as an act of paying respect to elders. This revered Songkran tradition passed down through generations and still honoured today, is performed by gently dripping scented water over their hands.

The three-day event will also feature an exhibition on traditional Songkran activities plus a myriad of cultural performances, folk games and traditional craft demonstrations. Of course, Thai gastronomy will be on prominent display with a selection of rare Thai dishes, desserts, snacks and other traditional delicacies for sale with proceeds going to local charities.