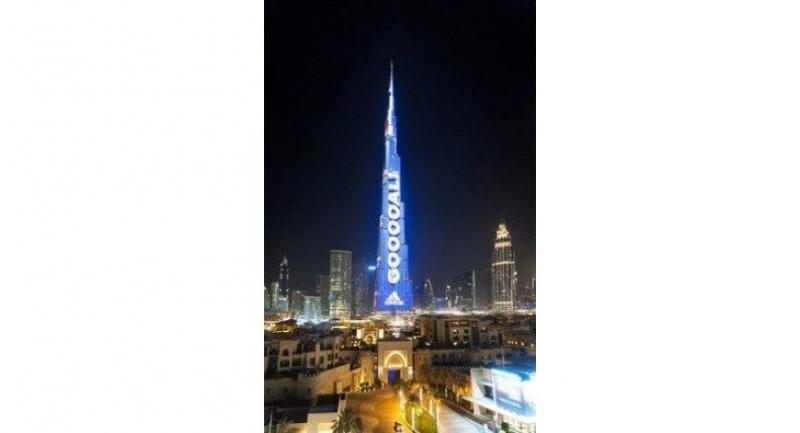 The iconic Burj Khalifa in Dubai has joined the 2018 FIFA World Cup by introducing the world’s highest Football Live Scoreboard.

Installed on its facade, the world’s tallest LED panel has used stateoftheart technology to update the scoreboard in realtime for football lovers, while nonsport fans can also enjoy spectacular lighting shows.

Featuring the flag of the goalscoring nation, visitors can catch up with the action set against the backdrop of The Dubai Fountain, or watch the scorecard from several vantage points along the Waterfront Promenade of The Dubai Mall or from the Burj Park and beyond.

They can also catch all the action from the matches at a dedicated tent set up in the exquisite setting of Armani Hotel Dubai, a collaboration between Emaar and fashion legend Giorgio Armani.

The Light Up 2018 Downtown Dubai, the first such event, ushered in the New Year with a resplendent show that mesmerised the world. Burj Khalifa has more than 1.1million LED pixels that are utilised for the illuminated shows and the Football Live Scorecard.

Situated in the heart of downtown Dubai, Burj Khalifa is the flagship development of Emaar Properties, which pioneered integrated masterplanned lifestyle destinations in Dubai. The company has a fastgrowing global presence with several iconic developments in more than 16 countries.

Find out more at www.BurjKhalifa.ae.