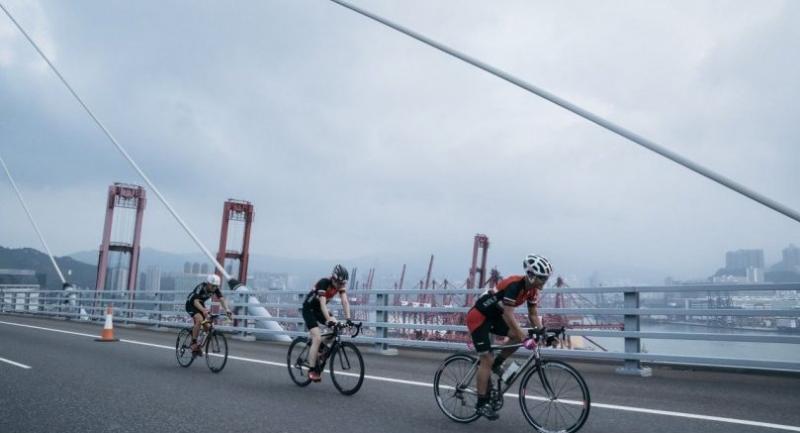 The Hammer Series 2018, which kicked off in Stavanger, Norway in May and continued in Limburg, Netherlands in June, will have its finale at Hammer Hong Kong, a Union Cycliste Internationale (UCI) Asia Tour Class 1.1 Road Race, with 11 UCI WorldTour teams (an unprecedented number) converging on Hong Kong’s shores, putting the international spotlight squarely on the city.

The Hammer Series is different from other professional races, as only a team can win, not an individual rider, and Hammer Hong Kong is designed to allow fans to see some of the world’s best teams take part in two races. The first race is the Hammer Sprint - a fast and furious race over a 4.3-km circuit in Tsim Sha Tsui, along the picturesque Victoria Harbour. The teams, consisting of five cyclists each, will compete head to head over 10 strenuous laps (43km in total). The other is the Hammer Chase that will set off in two separate groups, according to the points won in the sprint race. The “runner-up” and “finalist” groups will battle separately over five laps (21.5km in total) along the same course. The team in the “finalist” group whose fourth rider crosses the finish line first wins Hammer Hong Kong.

The team that accumulates the most points in total from Stavanger, Limburg and Hong Kong will be crowned Hammer Series 2018 champion.

“Every day the whole team is working towards winning the series, not just winning a stage,” said cyclist Caleb Ewan of team Mitchelton-SCOTT, explaining how the Hammer Series stands out from other international cycling competitions.

Graham Bartlett, chief executive of Velon, organiser of the Hammer Series, added, “We’re so excited to bring the Series finale of Hammer to Hong Kong. The teams will be racing all out to win the Series, and Hammer Hong Kong will be a fantastic place to crown the winning team.”

In addition to the professional Hammer Series, amateur cyclists from around the world can put their speed and endurance to the test by participating in the equally exciting 30km or 50km rides. Participants can cycle through the diverse cityscape against Hong Kong’s world-famous skyline, from Tsim Sha Tsui to Tsing Yi, Ma Wan and back to Tsim Sha Tsui. The 50-km riders will also streak through three tunnels and enjoy the fantastic view from three spectacular Hong Kong landmarks – Tsing Ma Bridge, Ting Kau Bridge and Stonecutters Bridge. This ride is a “must-do” for cycling lovers and professionals alike.

The 30km and 50km rides are open to all passionate cyclists and online registration can be made at register.hongkongcyclothon.com.