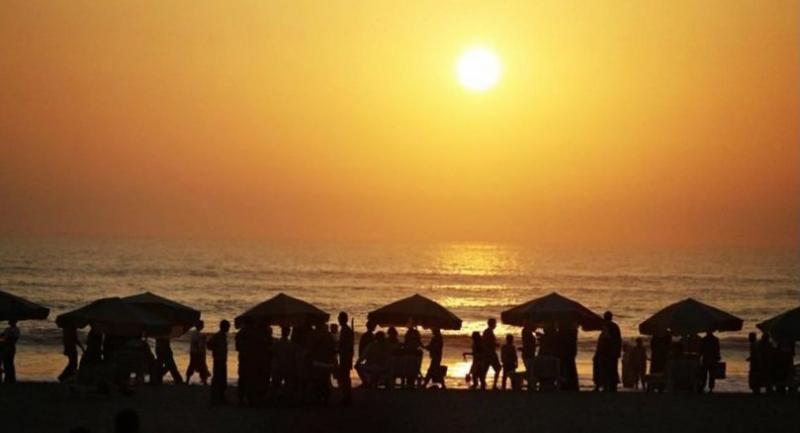 Tourists are silhouetted as the sun sets at a beach in Cox's Bazar, Chittagong. Cox's Bazar is known for its wide sandy beaches, claimed to be the world's longest natural sandy sea beach. AFP file photo

In a recent report showcasing the best-in-value travel destinations for 2019, Lonelyplanet.com has ranked Bangladesh 7th in their meticulously-crafted list of the top ten places for affordable adventures.

Lonely Planet is the world's largest travel guide book publisher, and their guidebooks are usually aimed at backpackers and other low-cost travelers seeking to explore the world.

Lonely Planet's affordable adventures ranking introduces Bangladesh as the world's eighth most populated country, as a home to diverse and exciting cities, as Asia's longest beach (and an emerging surf scene) at Cox's Bazar and the mangroves and wild tigers of Sundarbans National Park.

Bangladesh has always been an inexpensive destination for travelers, and Unesco World Heritage sites are waiting to be discovered, it said.

The report also described Bagerhat as a historic city is an open-air museum, and other Unesco sites include where the Ganges and Brahmaputra rivers meet, as well as the atmospheric Buddhist ruins at Paharpur.

The report concluded by mentioning that visitors are a rarity almost everywhere else, giving Bangladesh an "out there" feeling that is harder to find in many neighbouring countries.

Egypt's Southern Nile Valley topped the rankings, followed by the ambitious post-industrial city of Lodz in Poland and the Great Smoky Mountains National Park of the USA.

The Maldives and Argentina ranked 4th and 5th consecutively.

However, none of Bangladesh's neighbours - India, Myanmar, and Pakistan - were mentioned in the report.

Bangladesh government has taken different initiatives to attract international tourists as well as to raise awareness among the locals on tourism's actual and potential contribution to sustainable development.