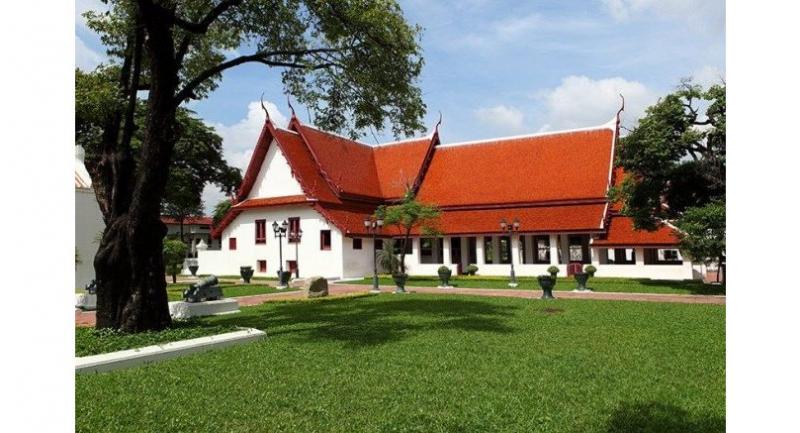 The Phra Racha Wang Derm or Thon Buri Palace is offering free admission from December 15 to 28, 2018 to commemorate King Taksin The Great on the occasion of the 250th anniversary of the establishment of Krung Thonburi Sri Mahasamut.

The Palace was built during the reign of King Taksin The Great as a royal residence, during the time that Thonburi was the capital of Siam. Its location was strategically significant, at the mouth of the canal and with a fort nearby looking out over the surrounding area that was renovated and renamed Wichai Prasit Fort. The palace is also the birthplace of many Thai kings, including King Nangklao, King Mongkut and King Pinklao.

Important historical areas inside Phra Racha Wang Derm or Thon Buri Palace include the throne hall, the throne room, the double palace, the royal palace, the shrine of the king and the greenhouse.

The Throne Hall was divided into two segments, the first being ‘Tong Prarong’, the throne room or ‘Winitchai’, a Thai-style pavilion used for holding council and royal ceremonies of the Thonburi Kingdom and which nowadays is used by the Royal Thai Navy for important events and ceremonies. The other segment, ‘Ratchamontien’ (royal residence) or ‘Pra Tee Nungkwang’, is also used today to welcome VIPs and for meetings on certain occasions.

Apart from the Throne Hall, there are also two small Chinese-style residences of King Pinklao. Inside the smaller one is an exhibition on King Taksin The Great’s royal duties regarding wars, while the bigger residence exhibits his royal duties regarding society, economy, culture and international affairs. At the shrine is the statue of the king holding a sword.

Normally, advance permission of up to two weeks is required to visit the palace as it is located within the compound of The Royal Thai Navy Headquarters. Also, only group visits are allowed with an entry fee of 100 Baht for adults and 60 Baht for children.

Visitors may also want to visit The ‘Sri Mahasamut Ship’ floating museum, built by ICONSIAM to commemorate King Taksin The Great on the occasion of the 250th anniversary of the establishment of Krung Thonburi Sri Mahasamut.