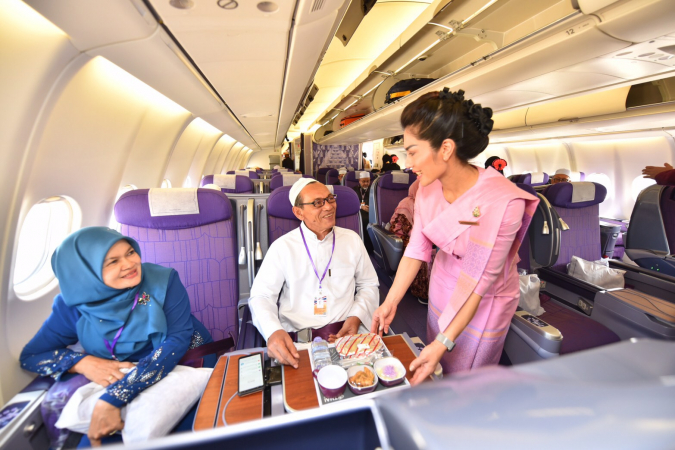 Flights to Medina will depart from Narathiwat, Suvarnabhumi and Krabi airports and can accommodate at least 4,325 pilgrims.

The airline has allocated nine flights to depart from Narathiwat, two from Krabi and four from Suvarnabhumi airports. The aircraft will be Airbus A330-300.

“THAI has been arranging flights for Hajj since 2005 in line with a Cabinet decision for the Transport Ministry to arrange annual Hajj transfers. The pilgrimage is organised by subcommittee under the Hajj Committee of Thailand, overseen by the Interior Ministry, which coordinates with the governments of Thailand and Saudi Arabia,” THAI president Sumeth Damrongchaitham said.

He added that the airline continues to place emphasis on passenger comfort and convenience, safety standards and on-time departures. Plus, inflight meals will all be prepared in strict adherence to Islamic dietary requirements, he added.

Departures will take place from July 4 to 8 and from July 22 to 24, while return flights will leave Jeddah airport from August 17 to 31.

Hajj pilgrims interested in flying THAI can obtain more information from the Hajj Organising Association of Southern Thailand or from the THAI sales office in Bangkok’s Larn Luang area by calling (02) 288 7367. Passengers can also call THAI in Hat Yai at (074) 233 433 or Krabi (075) 701 559 from 8am to 5pm on Monday-Friday except public holidays.