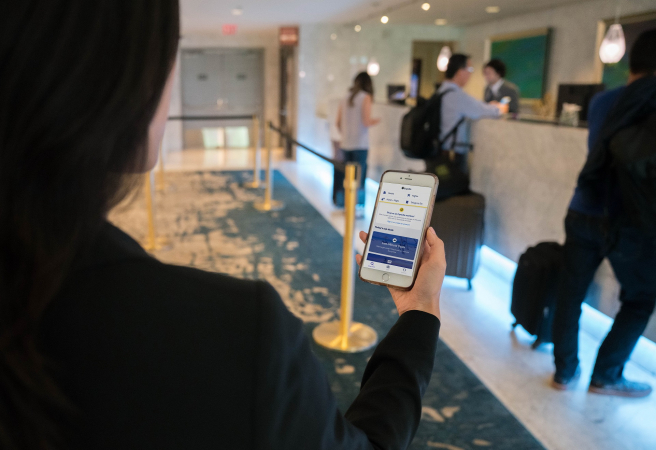 A global study by Expedia Group of airplane and hotel etiquette has identified the top five Asia-Pacific countries where more than half of travel bookings are made on mobile devices.

It found that one in three hotel room nights in the world is also booked via mobile.

Expedia Thailand recently released the results of the 2019 study conducted on behalf of Expedia by Northstar Research Partners, indicating that travellers are increasingly making their plans and bookings on their mobile devices.

Nowhere in Asia-Pacific is this more common than in India, Thailand, South Korea, Hong Kong and Taiwan.

From a total of 600 Thai respondents who had taken an average of either 11 personal or 10 business flight per year, 67 per cent said they were “extremely likely” to book their flight tickets on a mobile device, 18 per cent said “somewhat likely” and 15 per cent “least likely” or “not likely”.

When it comes to hotel bookings, 70 per cent of respondents said they were likely to book using a mobile device, 18 per cent somewhat likely and 12 per cent least or not likely.

According to a new market research study by AppsFlyer, a mobile attribution company, mobile users in the region will account for half of global app installs by 2020, which is three times more than in any other region.

Growth is forecast to gradually decrease as the market matures, but will be sustained by substantial increments in media costs and mobile use, as well as the overall number of paid campaigns, apps available and mobile users.

“Our travellers are looking for speed, travel choices and mobile savings when they plan and book for travel,” said Lavinia Rajaram of Brand Expedia.

Expedia’s tips for booking trips include booking flights three weeks in advance, waiting until the weekend to book flights to unlock fare savings, and booking on a Sunday to enjoy savings of up to 20 per cent (Friday is the most expensive day of the week to book).

Friday is the best day of the week to travel, with savings of close to 5 per cent, while Sunday is the most expensive.

Find more such tips at https://travelblog.expedia.co.th.