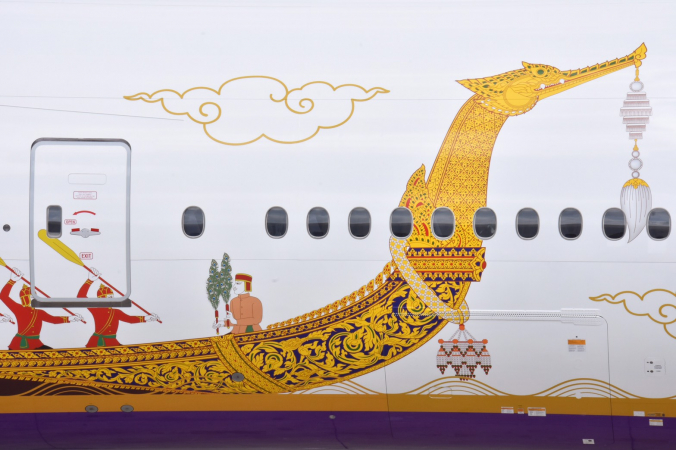 National carrier Thai Airways has decked up with the Suphannahong Royal Barge aircraft livery to commemorate the coronation of His Majesty the King this year.

“The Royal Coronation Ceremony was held on May 4, with celebrations continuing until May 4, 2020. THAI, as the national carrier under the Ministry of Transport, has organised activities to commemorate the coronation as an expression of loyalty and honour,” THAI president Sumeth Damrongchaitham said.

THAI received permission to paint the Suphannahong Royal Barge aircraft livery on its Boeing 777-300 aircraft, which was royally bestowed the name “Lahan Sai”. 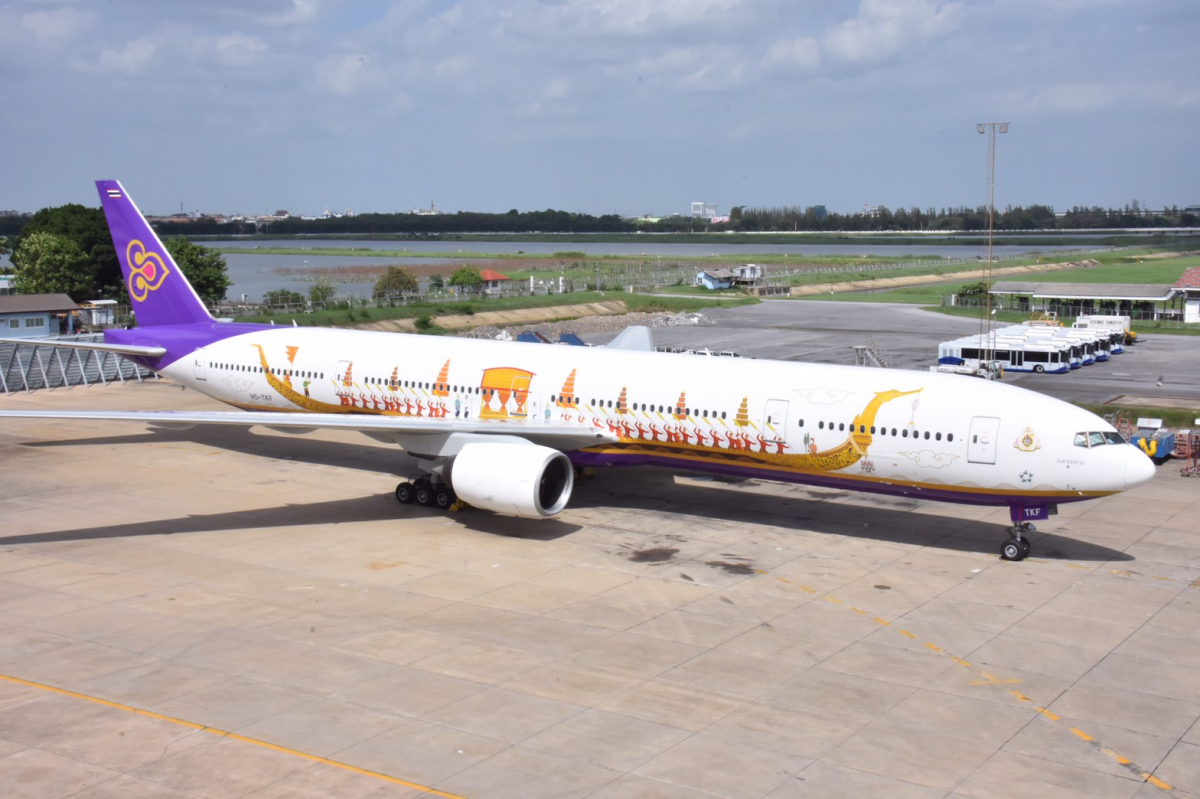 The coronation emblem will appear on THAI aircraft throughout the coronation year,” he said. Sumeth presided over a sacred ceremony that was conducted by Phra Maha Raja Guru Bidhi Sri Visudhigun to bless the Suphannahong Royal Barge aircraft livery. The ceremony was attended by THAI management and staff at the THAI technical department, Don Mueang, on Vibhavadi Rangsit Road.

At the front or bow of the barge is a golden swan figurehead, the body or hull is the body of the swan etched in wood and decorated with gold leaf, mirrors, tassels, and engraved glass. The exterior of the barge was painted black, while the interior was painted red, with a throne in the middle of the barge for the monarch or royalty. 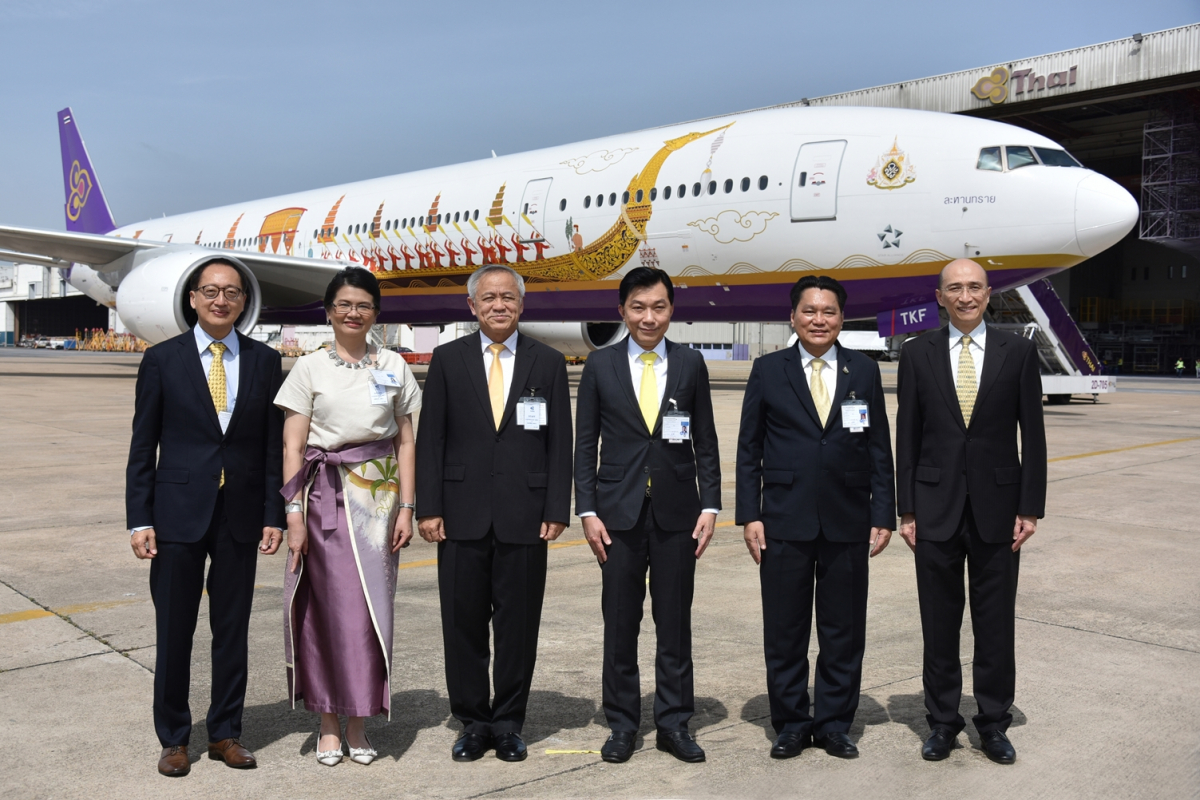 The royal barge is 46.15 metres long, 3.17 metres wide, and weighs 15 tonnes and will be used in the royal procession along the Chao Phraya River to Wat Arun Ratchavararam (Temple of Dawn) to present robes to Buddhist monks during this year’s annual Royal Kathin ceremony in October 2019.

This livery differs from the previous one, as there is a rowing team with oars raised symbolic of birds in flight. A decal has been used in place of aircraft paint spray for a more realistic appearance.