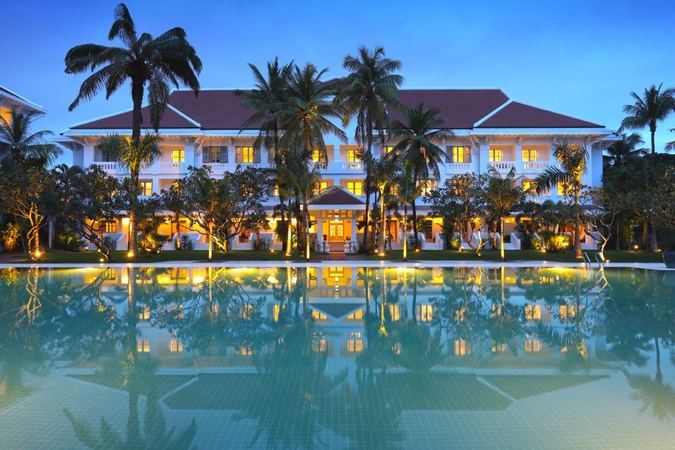 First opened in 1932 and widely celebrated as La Grande Dame de Angkor, the hotel has been welcoming discerning travellers and famous faces – from Charlie Chaplin to Jackie Kennedy and Michelle Obama – to the historic heart of Cambodia for over 80 years.

Beyond the refreshed façade that retains the colonial style synonymous with the heritage and history of the Raffles brand, all 119 rooms and suites have received a meticulous facelift, according to a Tuesday release.

All bathrooms have been extensively renovated and upgraded with new Italian tiling and rain showers, some of which feature grand claw-foot tubs and views over Cambodia’s most iconic swimming pool.

Raffles Grand Hotel d’Angkor retains its old-world French colonial charm while introducing what it sees as new levels of unrivalled luxury and comfort. The original teak and wrought iron cage elevator is carefully preserved as part of the original architecture to ferry guests up and down the heritage building.

“Raffles Hotels & Resorts boasts an illustrious history and we are delighted to welcome travellers to the new-look Raffles Grand Hotel d’Angkor, which has been reimagined and refined for the well-travelled guest seeking a memorable experience, evocative of the golden age of travel,” said Patrick Basset, the chief operating officer of Accor for Upper Southeast & Northeast Asia and the Maldives. 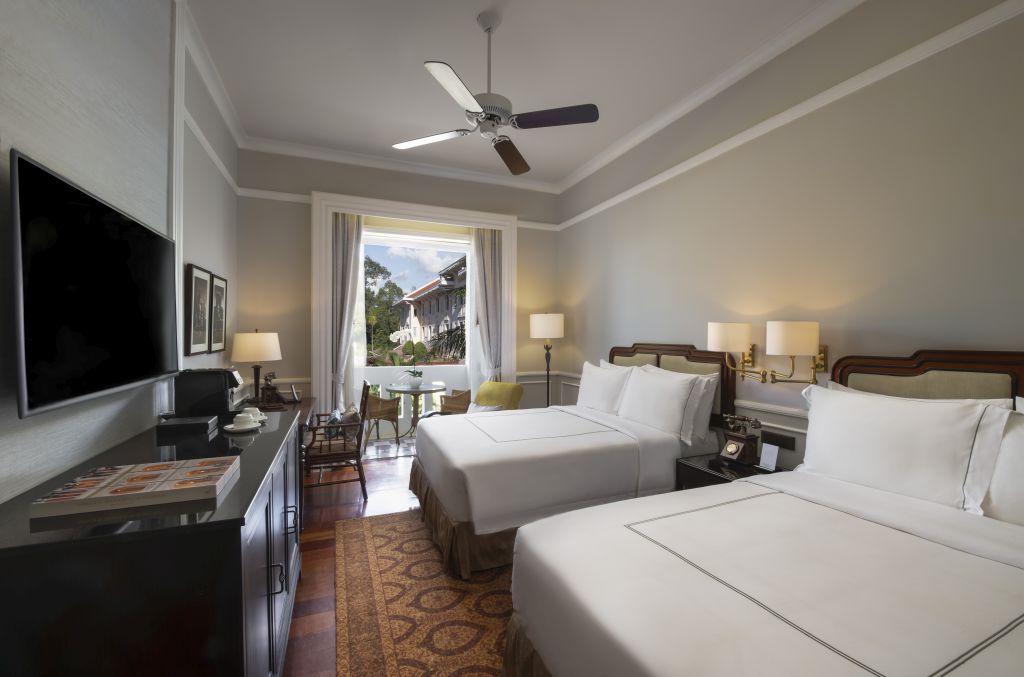 Deemed the last bastion of Cambodia’s Golden Age of Travel, the hotel is deeply rooted in local culture; the restoration has retained its colonial charm, heritage, and architectural grandeur, yet still leads the way in answering the needs of today’s most discerning guest, according to the release.

Another significant new addition to the hotel is the Sugar Palm Club, designed to nurture the spirit of adventure in children.

From historical tours of the hotel to special teepee tents for the rooms, the kids’ club provides a number of activities for children that open up their world and sense of wonder.

An additional feature situated within 15 acres (6 hectares) of lush French gardens where the hotel is located will be the addition of the Raffles Marquee early next year, a fully air-conditioned marquee to provide a spacious venue for events and functions. 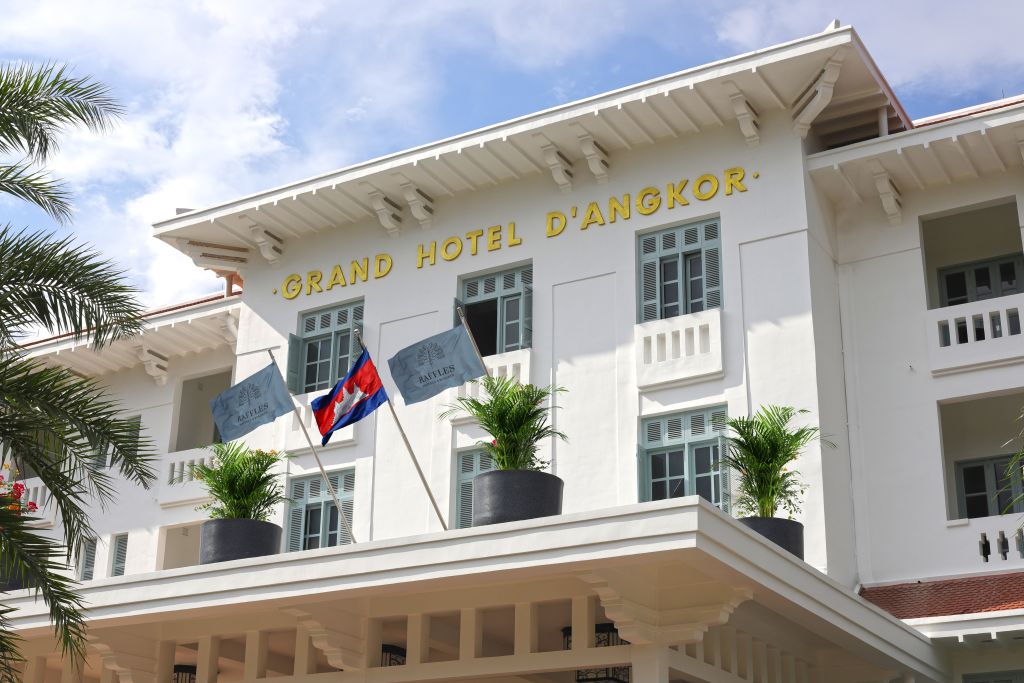 With executive chef Angela Brown at its helm, the hotel will offer exclusive new dining concepts.

A quintessential Raffles experience is presented in the all-new and vibrant 1932, which is currently the only destination in Cambodia offering authentic Royal Khmer cuisine originated from ancient Khmer recipes gifted to Raffles by Royal Decree.

Guests may choose to complete their experience with Sipsmith’s Raffles 1915 Gin in the swish Elephant Bar or enjoy traditional afternoon tea in the colonial-style Conservatory.

Raffles Grand Hotel d’Angkor is situated a mere 20-minute drive to the doorway of the Unesco Heritage temples of Angkor.

Guests can explore the ancient Angkor Archaeological Park on an iconic Vespa, before being one of the first travellers of the day to enter the temple. 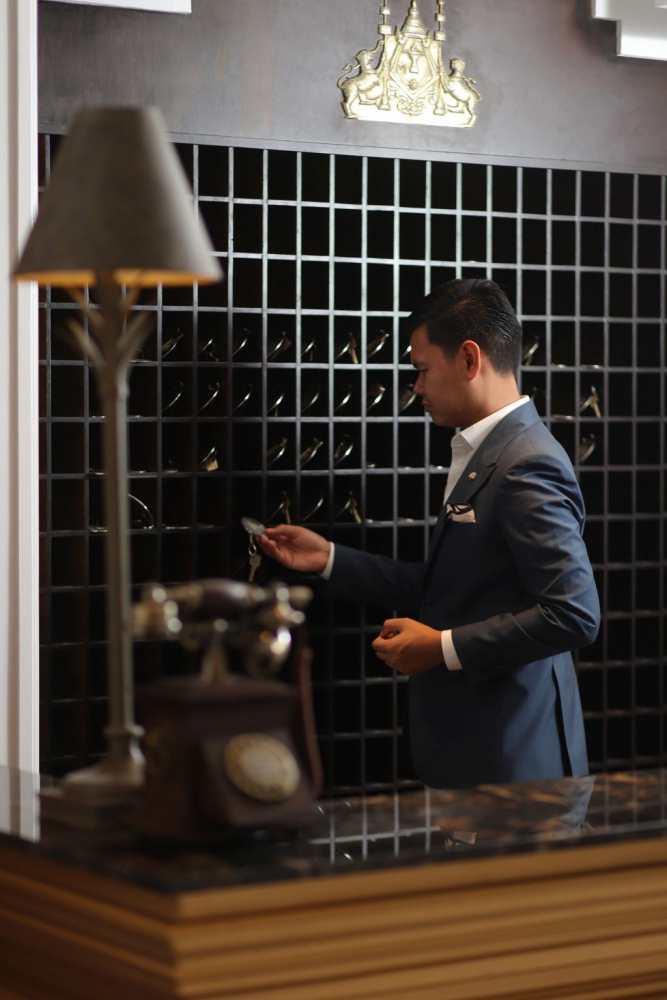 Art enthusiasts can embark on a local tuk-tuk tour of Cambodia’s most iconic artworks, or journey the Silk Road of Angkor, visiting the beautiful Banteay Srei Temple and Golden Silk Farm.

Food aficionados can taste Siem Reap on an exclusive Khmer culinary discovery, while shopaholics saunter Siem Reap’s Kandal Village neighbourhood with the assistance of a Raffles butler, and culture lovers can enjoy a majestic performance of Cambodian dances in the Apsara Terrace.

Within the resort grounds, guests can take part in on-site activities including monk blessings, Singapore Sling master classes, botanical and culinary garden tours, and a tour with the hotel’s resident historian.

“We are honoured to be custodians of the hotel’s 87-year legacy, and to safeguard its heritage while upgrading it for the modern era,” said Oliver Dudler, the general manager of Raffles Grand Hotel d’Angkor. “On behalf of our team, we look forward to welcoming guests back to our iconic hotel to experience the restored grandeur and curated journeys of Cambodia’s most storied hotel.”

Raffles is part of Accor, a world-leading augmented hospitality group offering unique experiences in 4,900 hotels and residences across 110 countries.