The Choeng Doi subdistrict municipality in Chiang Mai province will continue to hold the Loy Krathong and Yi Peng lantern festival from November 10-12, as the area does not come under prohibited zones due to flight services, the top official for the area said.

Chitipon Sanrapang, the municipality chief executive, said the Choeng Doi area has been holding the Yi Peng festival every year. The municipality has been allowed to release 8,600 lanterns -- 5,000 lanterns under Choeng Doi administrative officials, 600 under Chiangmai Senkobfah Company, and 3,000 under other private companies. However, the private companies will release the lanterns outside the subdistricts.

A fire engine and ambulance will be on stand-by to deal with any emergencies. 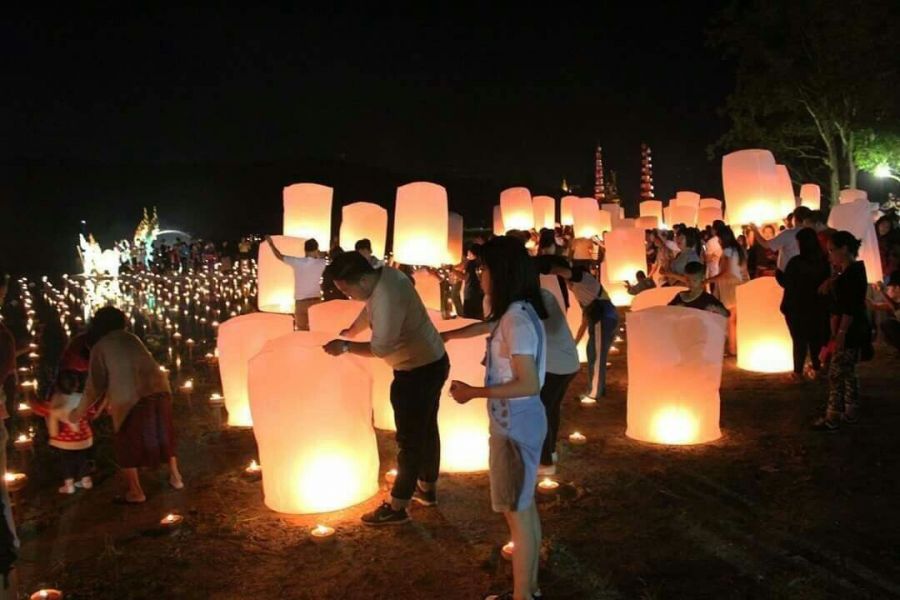 The lanterns used in the festival will be able to float for about 10 minutes before the lights go out and they fall to the ground. They will be cleared by the cleaning team before morning. He also said locals had been urged to bring lanterns that could land in their own property or in front of their houses.

Some 15,000 people are expected to take part in the festival.