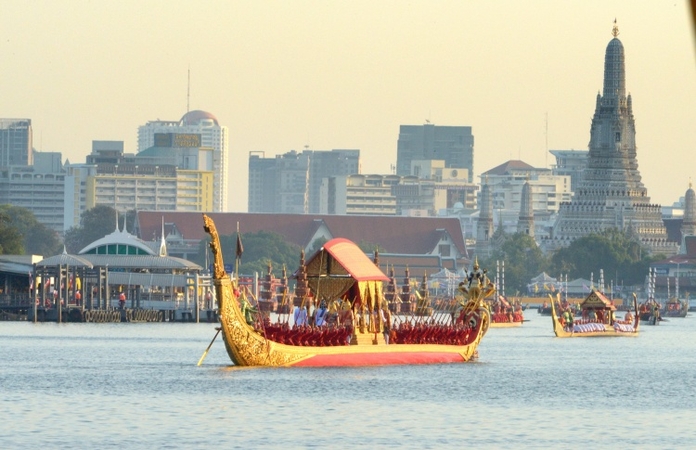 The royal barge procession on Thursday showcased the majesty and grace of Thai culture, kindling public interest in exploring more of the historic attractions.  There are many historical sites and tourist attractions along the Chao Phraya River which came into the limelight such as Thammasat University, Wat Rachathiwat Pier, Santichai Prakan Park, Maharaj Road, Nakarapirom Park, etc. For those interested in history, here are six spots they can check out: 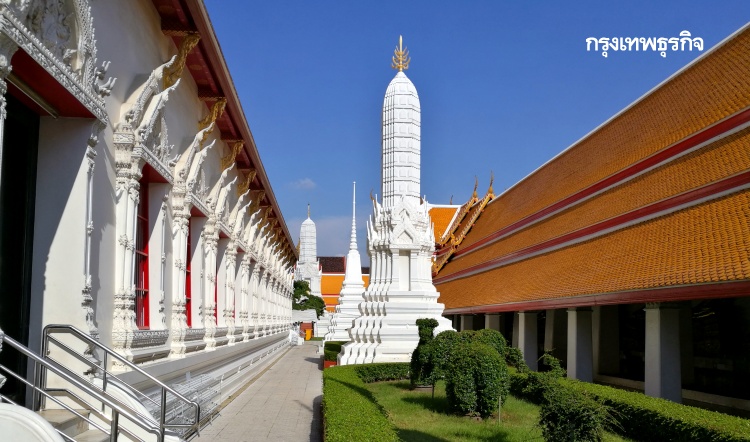 Better-known among Thais as Wat Mahathat or Wat Saluk, this is one of the 10 main temples in Bangkok. Built in the Ayutthaya leriod and renovated during the reign of King Rama I, Wat Mahathat is at the foundation of the history of Buddhism in Thailand, as the Buddhist Tripitaka was convoked here in 1788. Among the highlight features are the Vihara Pho Lanka, or Vihara Noi, where King Rama IV resided when he was a monk, and Akarn Watthu, or Red Building, which once housed Bangkok's first library. In the reign of King Rama I, he intended the temple area to be an important religious site to divide the space between the royal palace and the deputy king's palace. In olden days, Thai-Chinese people lived around the temple area and the community expanded to the Sanam Luang area, becoming a large Chinese community. Later, when the Grand Palace was built, the Chinese migrated to the south of the river to what is now known as Yaowarat or China Town. 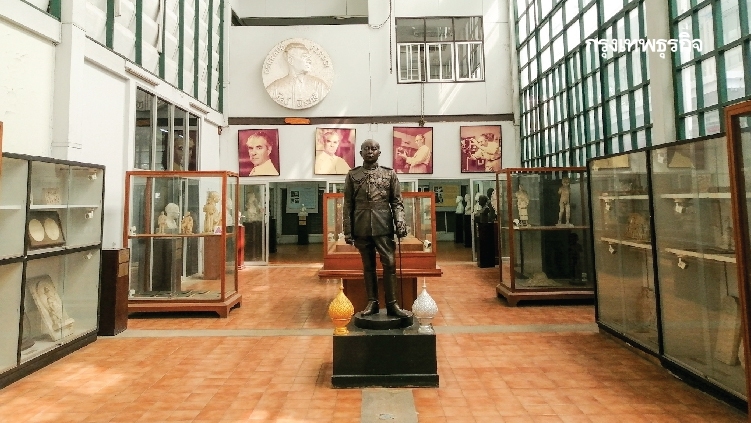 A distinctive tourist attraction when passing the old deputy king's palace fence, the Hall of the Sculpture is located near the Fine Arts Department. It was originally used as a sculpture workshop. However, since it was located in a crowded area, the department received complaints about pollution, especially when melting metal and gold. The new workshop is now in Nakhon Pathom province while the old one became the sculpture museum or Hall of Sculpture. It shows the process of sculpting and the works of many important artists to inspire the younger generation. 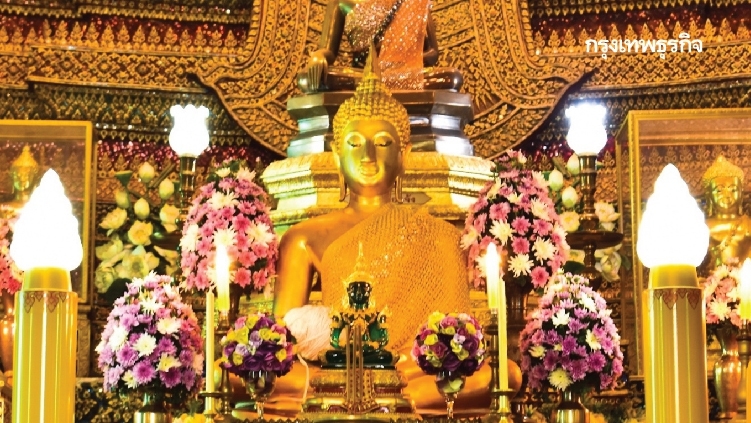 From the Grand Palace when you cross the Chao Phraya River for a Bt4 fee, you reach another temple -- Wat Arun Ratchawararam Ratchawaramahawihan -- also known as the Temple of Dawn. It is one of the most popular tourist attractions, and is a part of most foreign travellers' itinerary. The highlight of the temple is the central prang, built in the complicated Ayutthaya style.

Wat Arun has been associated with the monarch as the Temple of King Rama II. 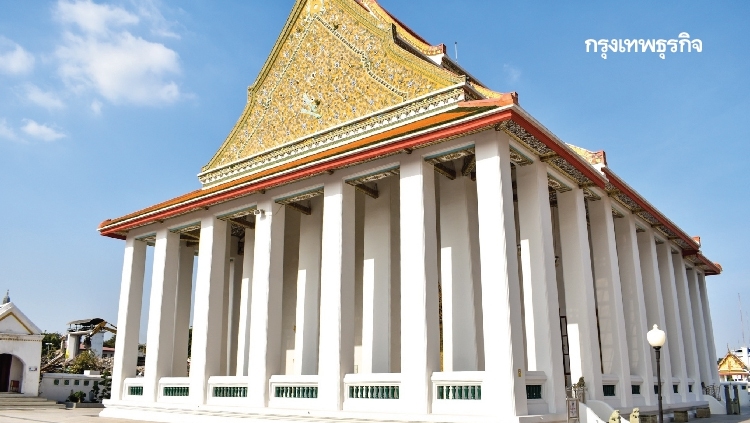 Access the shortcut around Klong Bangkok Yai bridge to the Kudeejeen community where the millionaire owner of the area was once friends with King Rama III. Wat Kalayanami [Temple of True Friendship] is located near the west bank of the Chao Phraya River and has been built as a monument to their friendship. The most distinctive feature is the large chapel with the Buddha Tri Rattanayok statue or ‘Sam Poo Kong’ as it is called by Chinese-Thais around the area. The temple combines Thai and Chinese art. 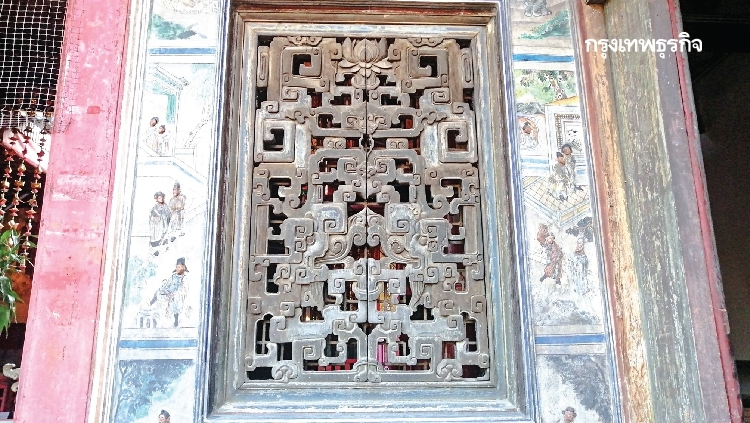 Walking along the river from the Temple of Friendship, the ancient Chinese Kian Un Keng Shrine in the Kudeejeen area has welcomed visitors for a 100 years. The shrine interior contains a rare image of the Chinese goddess Guanyin and is decorated with murals and paintings of scenes from the classical Chinese novel, "Romance of Three Kingdoms". 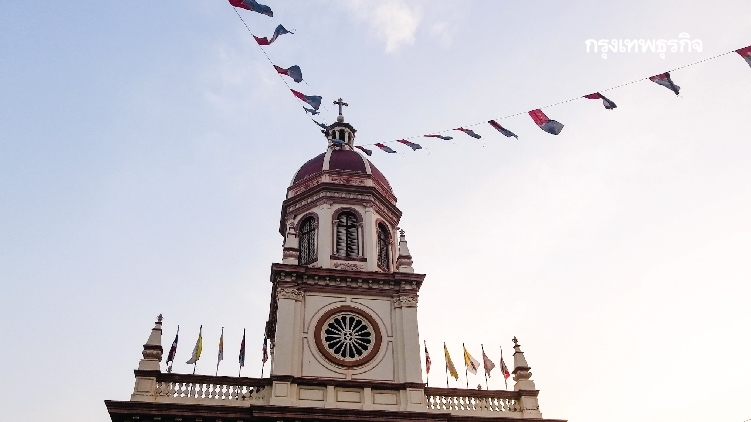 Beaides Buddhist attractions, visitors can also admire the Santa Cruz Church [Holy Cross church]. The Roman Catholic Santa Cruz Church was built in 1834 as a place of worship for the local community of Portuguese merchants and missionaries who had settled in the Kudeejeen area. The building has a magnificent semi-circle dome tower and a graceful arch with the red roof, which is lit in blue light and stands out in the dark.