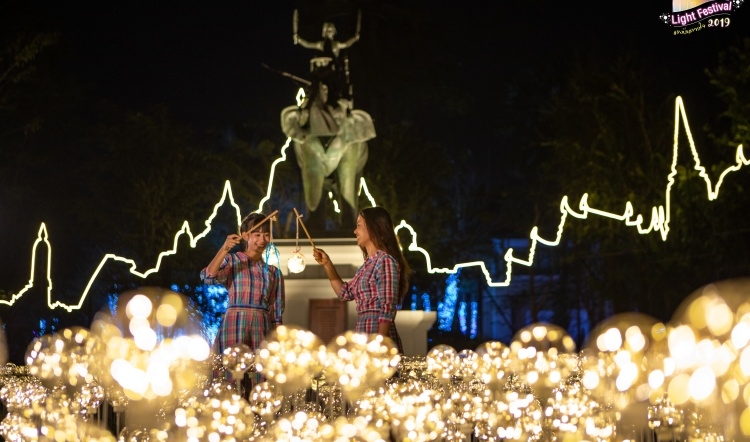 The NaSatta Light Festival is all set to usher in the New Year with a spectacular display of decorative lights at NaSatta Thai National Park in Ratchaburi province.

Visitors looking for a cool winter experience can also bask in the glow of millions if light that take the form of illumination art.

Widely known as the City of the Jar, Ratchaburi's most notable landmark has been a giant jar with a dragon painting. However, the NaSatta Thai National Park is emerging as a new tourist attraction in Bang Phae district. A cultural learning centre, the place educates visitors on the roots of Thai society and the inheritance of beautiful Thai art.

The place will become even more special in December, when the "NaSatta Light Festival: Inspiration 2019" presents the beauty of millions of colourful light displays by expert designers who specialise in lighting using projector mapping, interactive light art and interactive display techniques, which will allow you to walk around in amazement at night.

The 7 highlighted spots to take photos are:

1. Maha Raja Kasattha is a light display with the sculpture of the three statues of the saviours of Thai independence. With the illuminated brass decorated with lights like a flower field in front of the sculpture courtyard In the background, the lights are set in red, white, and blue to represent the Thai flag. 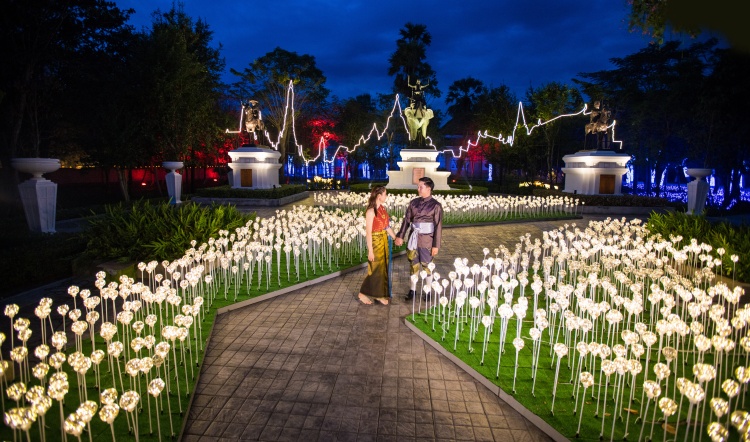 2 Na Suthanuson is a building that exhibits fibreglass images of important persons, known as the good figures of the land, such as the late Princess Mother, Professor Mom Luang Pin Malakul, Professor Sanya Dharmasakti, Professor Puay Ungphakorn, MR Kukrit Pramoj, Sueb Nakhasathien etc. There will be a walkway in a small forest park before the building with blue decorative lights along the entire path, both on the ground and on trees. The garden is decorated with mirrors on the right side of the paths, creating beautiful reflections. 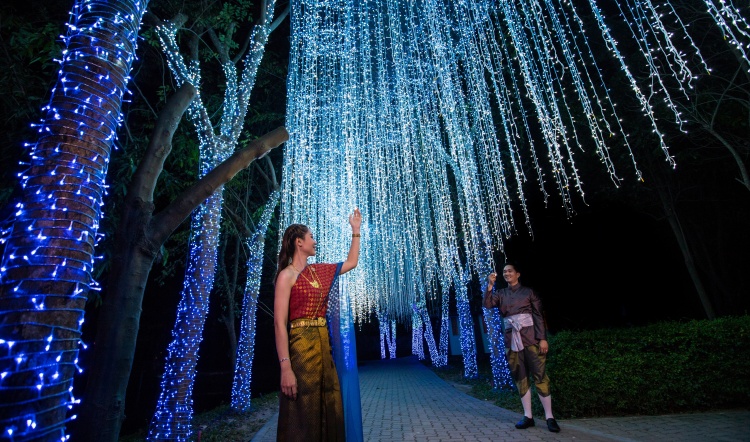 3. Chandelier lighting with orange fish. After leaving the fibreglass figures building, you enter a walkway decorated with arches of white and aquamarine chandelier, long lines descending from a height. When passing through that arch, it feels like watching a hundred thousand stars. Meanwhile, the walkway is a swamp with orange fish lights above the surface. 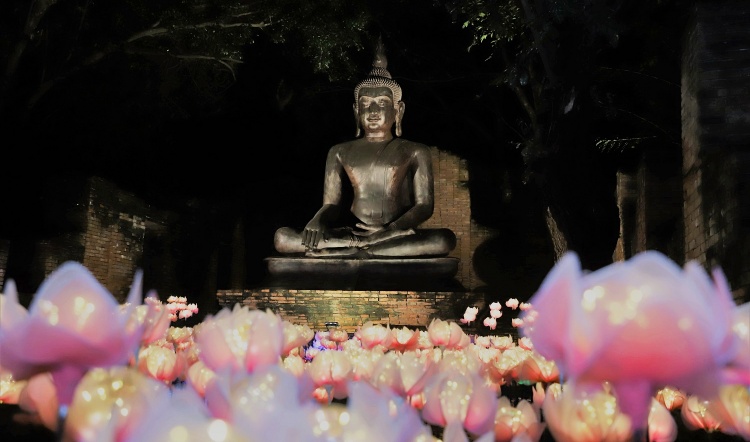 4 Na Suthapathima, the exhibition of the three Buddha sculptures, each of which will be displayed separately. The first Buddha image is decorated with lights in a beautiful pink lotus blossomed in front of the Buddha image. The other Buddha statues have spherical lights of various colours including yellow, orange, golden, and blue.

5 Sukhothai period shrine. This is the highlight of the Na Suthas Thai Park, which is located in the zone of Na Suthapathima. This building enshrines Buddha images in the Sukhothai period. There is a story about the journey of Buddhism to Thailand during the Sukhothai Kingdom through light, sound and images on the walls and Buddha images using short mapping techniques. The story can be told via interactive light art for approximately 10-15 minutes. 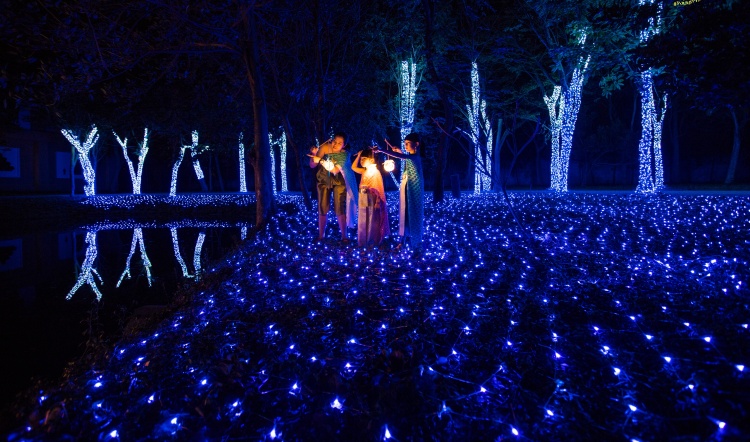 6 Food zones and waterfall lighting. Tourists will be able to relax and have dinner from many restaurants with your choice of meat and vegetables (skewers), Tom Yum noodles, BBQ pork noodles, grilled chicken etc. Decorative lights at the waterfall can be viewed from some areas.

7. Magnificent golden light tunnels, approximately 300-400 metres long, is another highlight of this event. There are many tourists crowding around, standing, taking pictures in this tunnel, more crowded than at other spots. In addition, once they pass through the light tunnel, tourists will also find another decorative light garden as well-decorated as in a science fiction movie.

Night-time viewing of decorative lights is from 6pm to 10pm with activities scheduled every Saturday-Sunday and public holidays. Admission tickets range from Bt300 to Bt2,000.